Our Day started with brunch at Mercat Bistro in Harwood District, its a cozy and romantic little French place hidden away in the hardwood District of uptown Dallas. It was a stormy few days in Dallas with a lot of rain and flooding, so it was still a little windy and wet but we still opted to sit outside. Its not often we venture into the city, so might as well soak in the sights and sounds of the Big D! 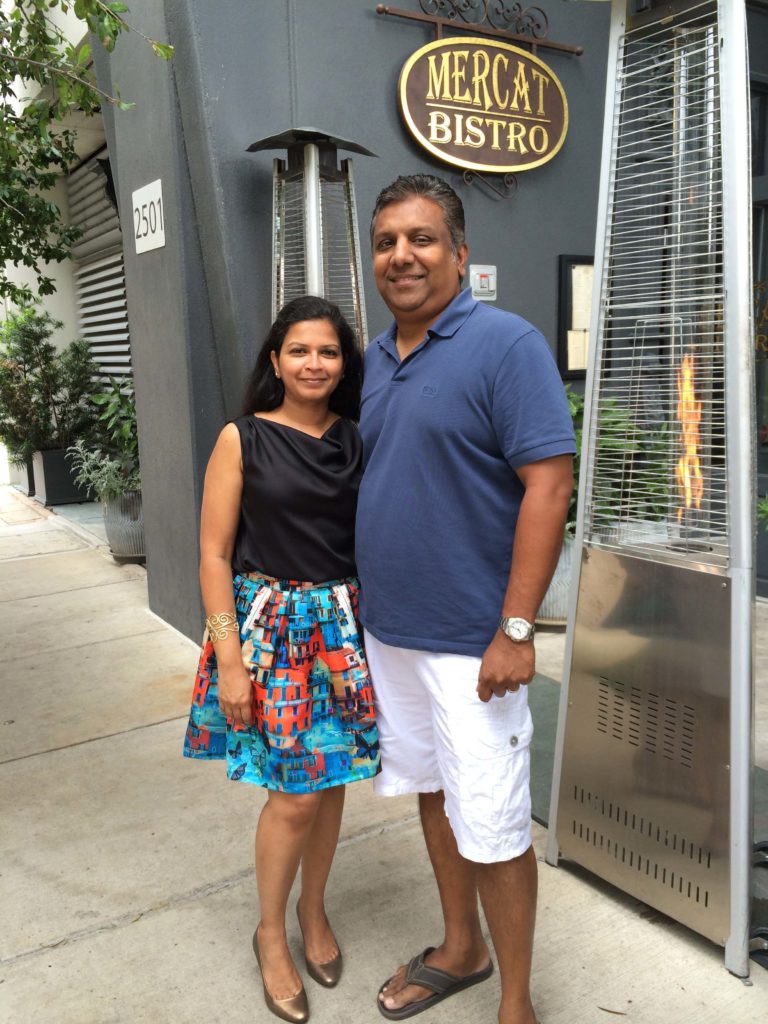 We ordered the bread basket which came with an assortment of pastries, I requested for an Almond croissant to be included in the basket and they sweetly obliged. The place setting were so pretty- a mix match of beautiful china, the place had a definite European café vibe to it, we felt like we were in Paris on a vacation! We ordered some Mimosa and a soon to be named drink special… 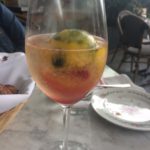 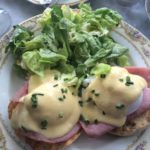 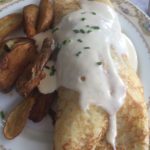 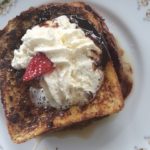 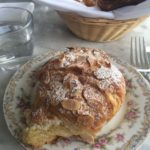 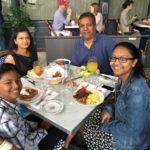 We ordered the Egg benedict- hubby’s favorite, some French toast, the Hatch Chili crepe and some eggs with bacon. There were cheese Danish, a croissant, a fruity peach Danish and my favorite almond croissant in the pastry basket. The Egg benedict was served with some greens, D was happy with his French toast and miss Teen wiped out here eggs, bacon and fingerling potatoes, my crepe with hatch chili and egg was light and just right, the meal was delicious. I think my Almond croissant was the winner at our table – not too sweet, not too much almond crème, just perfect! I would stop by there just for that croissant and a coffee if I worked or lived around Harwood or uptown!

I almost forgot about my cool drink that I tried at Mercat – it was their new drink, a frozen ball of orange and pomegranate juice with some mint and berries, topped off with champagne. The drink started off like a champagne and as the ball melted, to a very fruity mimosa. I think they were going to call in Puegeot minon! They were still working on the name, I’m calling it the Fruit Reunion mimosa ball, since that ball looked like our reunion tower! 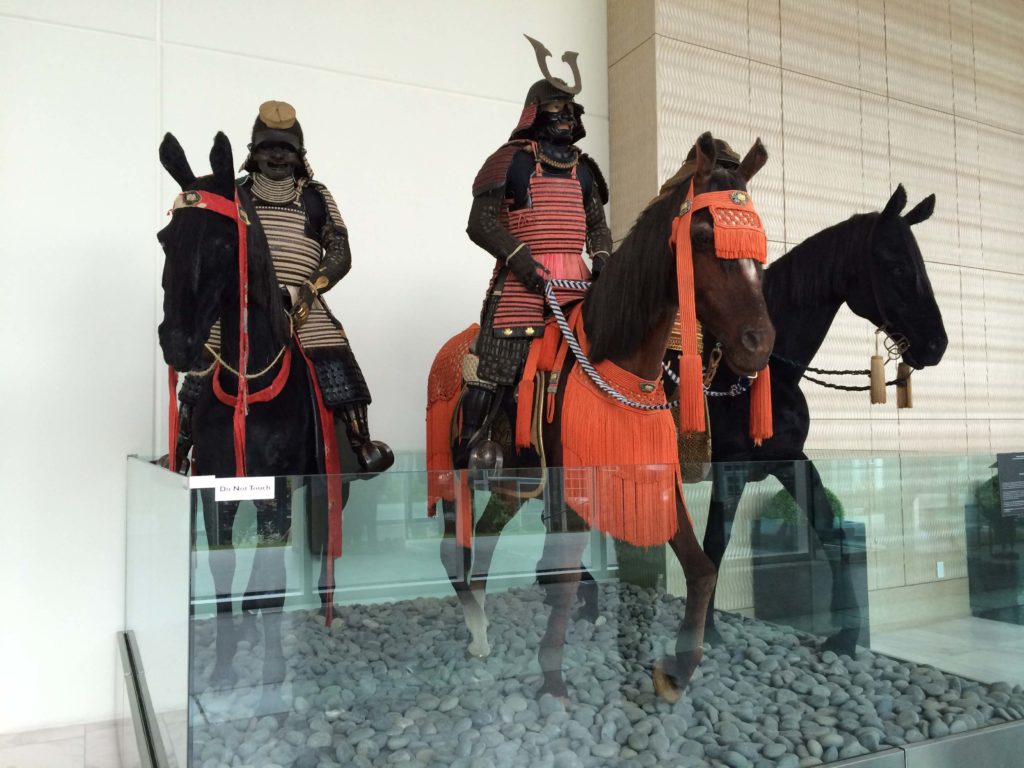 We stopped briefly to look at the Samurai Exhibit.

We set out to find the Dallas Contemporary – a non collecting, non-profit gallery that had the Intersections exhibit by Anila Quayyum Agha. It is a stunning installation inspired by the Alhambra in Granada, Spain. We were planning a trip to Spain this summer so I was interested in checking the installation out. It was breathtaking, the intricately pierced box transforms the entire room with magical patterns and shadows with a single light source. Mesmerizing!! We lingered around playing in the shadows and taking some pictures. 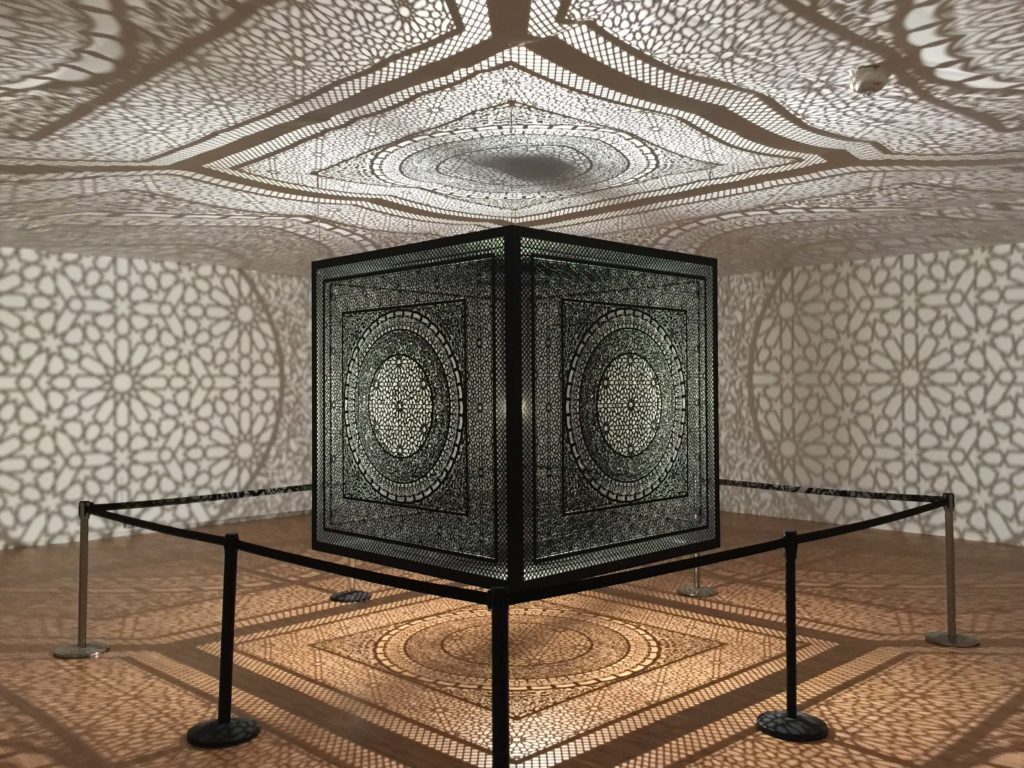 Other exhibitions on display were David Salle’s Debris which was a mixed media diptych format with abstracts and ceramics and Nate Lowman’s America Sneezes. 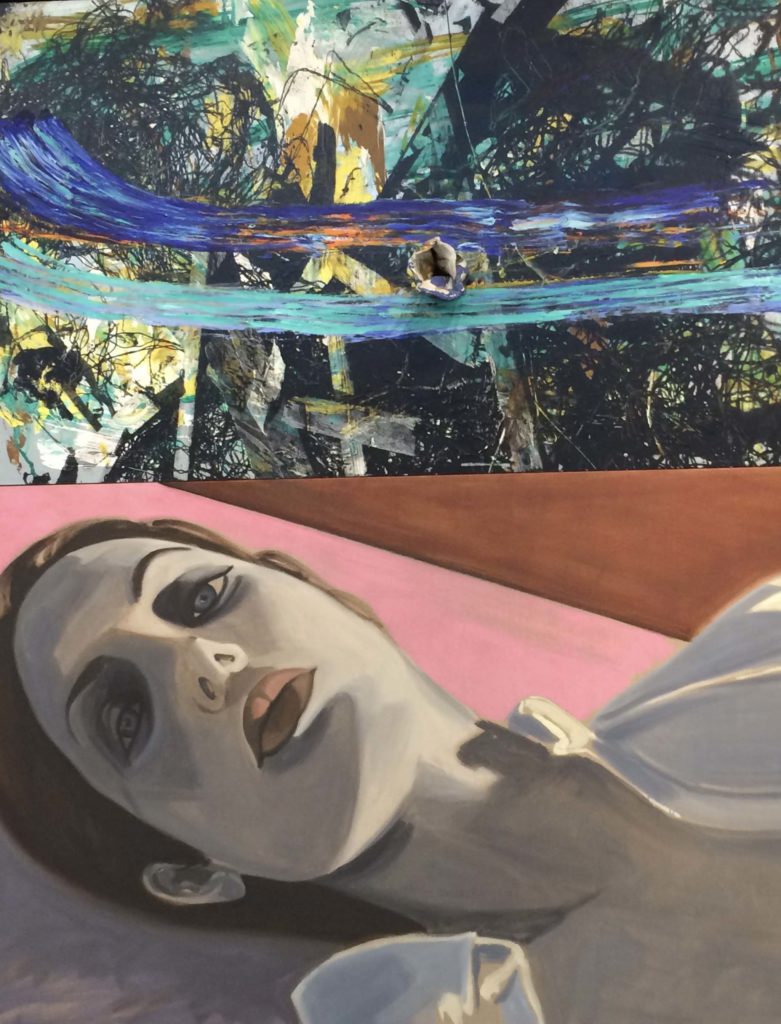 David Salle’s imagery in the paintings is derived from photographs of junk that washed up on the beach after a big storm—Debris. Most of them were diptych with a portrait alongside a abstract space with ceramics and tangled wire cut through the paintings with a certain mood, almost of tension or distress. The paintings extended beyond the canvas. There were ceramics by the artist on display as well. While Salle has made ceramics on and off over the years, often including ceramic fragments in his paintings, this will be the first time that he has exhibited his ceramics as singular works. 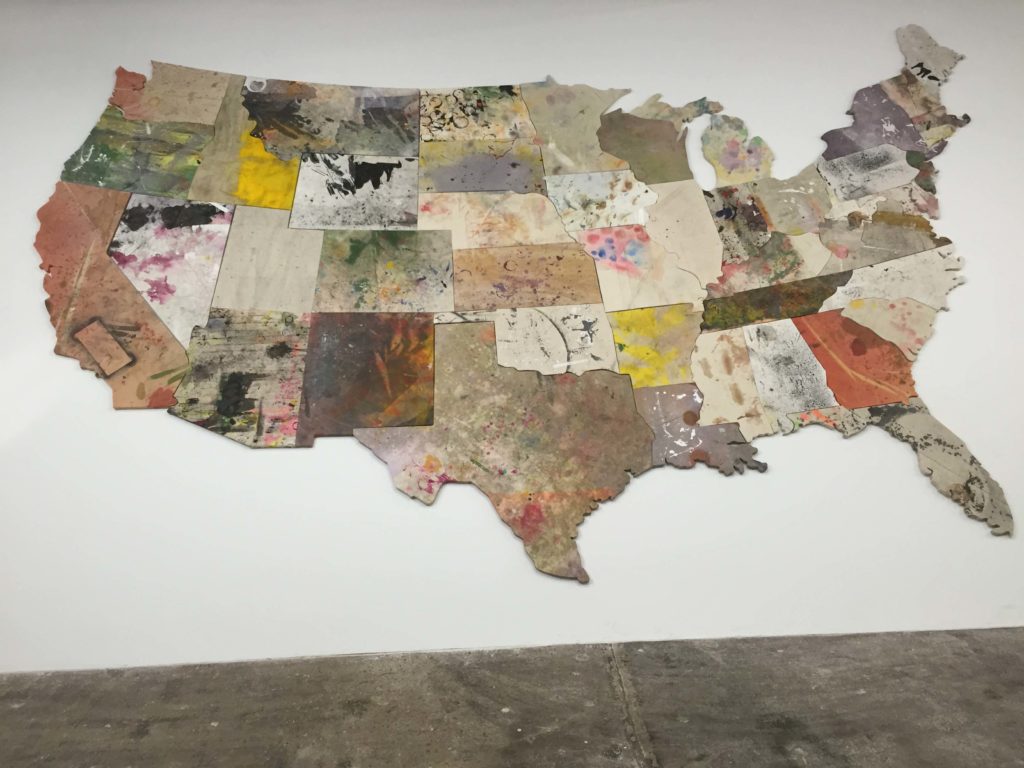 A Shaped Canvas by Nate Lowman in America Sneezes

Walking into the exhibition of Nate Lowman the first thing you see is a set of a bleachers. From that vantage point, you can sit directly across from the large map of the United States. Pristine in construction and messy in coloring, the map is arranged from a series of shaped canvas that’s draped in drop cloths collected from Lowman’s studio. Look closely and you’ll see footprints on Texas and droplets of paint on Florida. Random and abstract but still working together to make one unified Nation! 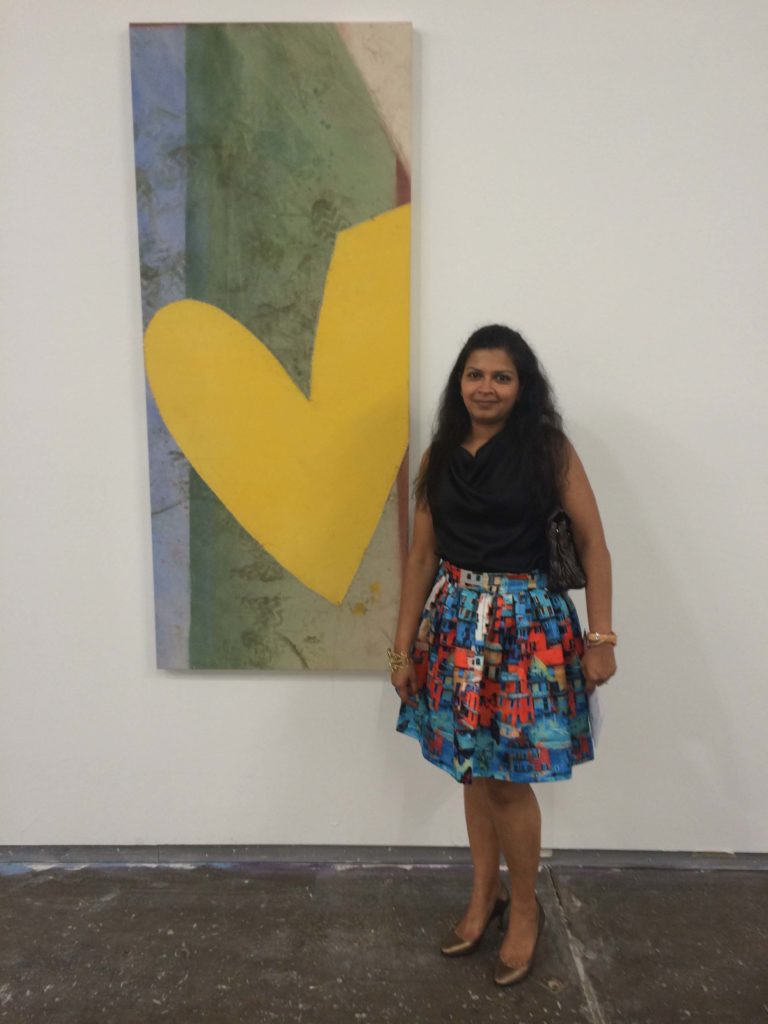 What can I say my heart flutters at Yellow sunflowers and cheery Yellow hearts! I was celebrating a birthday this weekend, as I get older I feel like I have grown to cherish and celebrate each birthday, each day and everybody in my life! The number(age) doesn’t mean anything, you are what you feel. You are never too old to feel young!!

We have traveled with our kids for over 20+ years and here is our Family Travel Bucket List. It is not always about checking off countries and counting passport stamps, for us when we go Outside END_OF_DOCUMENT_TOKEN_TO_BE_REPLACED