In a land of cowboys, steak and game meat, you don’t have to go hungry if you are a vegetarian, you just have to know where to go.  Did you know – In the United States alone, more than 12 million people are vegetarians, and 19,000 more make the switch to a meat-free diet every week. Many others have greatly reduced the amount of animal products they eat.  I have been on the lookout for good veggie burgers, around DFW – not your boring, frozen store bought patty slapped together with some sauce kinda burger… but made in house with wholesome grains, veggies and nuts. See my article in VisitDFW for my favorite spots for a veggie burgers in DFW that helps us stick to a healthy diet and left us wanting to go back for more….

I had my first Impossible burger in San Diego at my favorite spot – George’s On the Cove.  The burger didn’t taste anything like a veggie burger I had ever eaten before and was bloody in the center, so I sent it back thinking they had mistakenly sent me a meat burger.  The server tried to convince me and I was’t taking his word for it, having never eaten a real meat burger before – to me it looked and smelt like one.  Then the chef came out to assure me that it was indeed a plant based burger, and the blood was beet juice!!   The Impossible burger is made entirely from plants for people who love meat. This veggie burger not only tastes meaty, it looks meaty too thanks to an ingredient called heme. The burger is made from other simple all natural ingredients like wheat, coconut oil and potatoes.  I’m glad it is has made its way to Dallas and you can find them in many other locations as well. 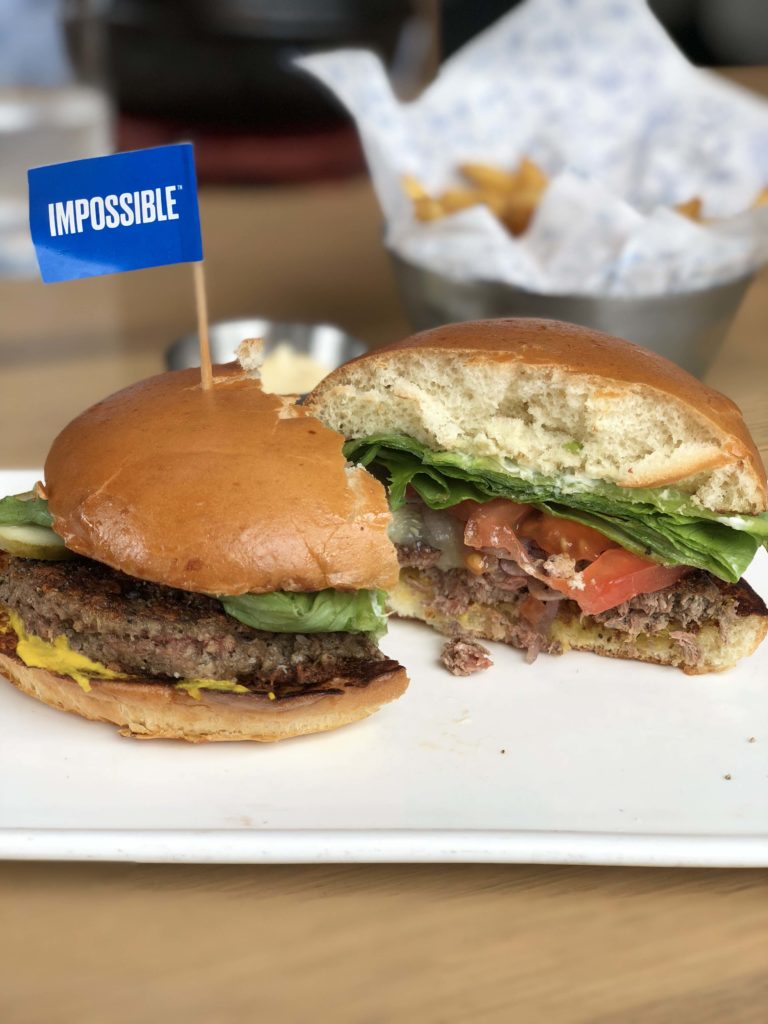 Many researchers believe that vegetarianism/veganism is the only way to feed a growing human population. A Population Reference Bureau report stated, “If everyone adopted a vegetarian diet and no food were wasted, current [food] production would theoretically feed 10 billion people, more than the projected population for the year 2050″.  Even if you can’t convert to a 100% vegetarian diet, just switching it up a couple of day will go a long way as well.  A vegetarian diet is the healthiest and most humane choice for animals, people, and for our planet.

4 thoughts on “Hunt for the perfect Veggie Burger in Dallas”

We have traveled with our kids for over 20+ years and here is our Family Travel Bucket List. It is not always about checking off countries and counting passport stamps, for us when we go Outside END_OF_DOCUMENT_TOKEN_TO_BE_REPLACED