Grand Canyon is about 200 miles long, about a mile deep gash in the earth. It is located in the northwest corner of Arizona. It was formed during 6 million years of geological activity and erosion by the Colorado River. Visiting the Grand Canyon is like stepping into the Jurassic period, Jagged limestone formations in colors of pink to salmon to red makes you forget that you are only few miles from the jarring neon lights of Las Vegas. We drove up to the West Rim of the Grand Canyon and did an Heli-tour combined with a pontoon boat ride to get some birds eye and up close view of the canyon. The pontoon boat ride at the bottom of the rim, along the canyon on the river Colorado was perfect with the gentle breeze caressing you while you stare at the jagged canyon in awe.  The Descend from the Grand Canyon West Rim into the Canyon, was an amazing experience.

We then Toured the Eagle Point and Hualapai Ranch. The Hualapai, the “People of the Tall Pines,” have lived in and around the Grand Canyon for hundreds of years. In the past the Hualapai were hunter-gatherers inhabiting an expanse of more than 5 million acres stretching from the Grand Canyon south to the Santa Maria River and from the Black Mountains east to the San Francisco peaks.

Today the tribe lives on the Hualapai Indian Reservation. Established in 1883 and covering roughly 1 million acres, the reservation includes 108 miles of the Colorado River and Grand Canyon. Many of the tribe’s approximately 2,100 members live in Peach Springs, the capital of the Hualapai Nation, on Historic Route 66. In 1988 the Hualapai opened their land up to the public. We saw a Native Indian tribal dance while we were there. 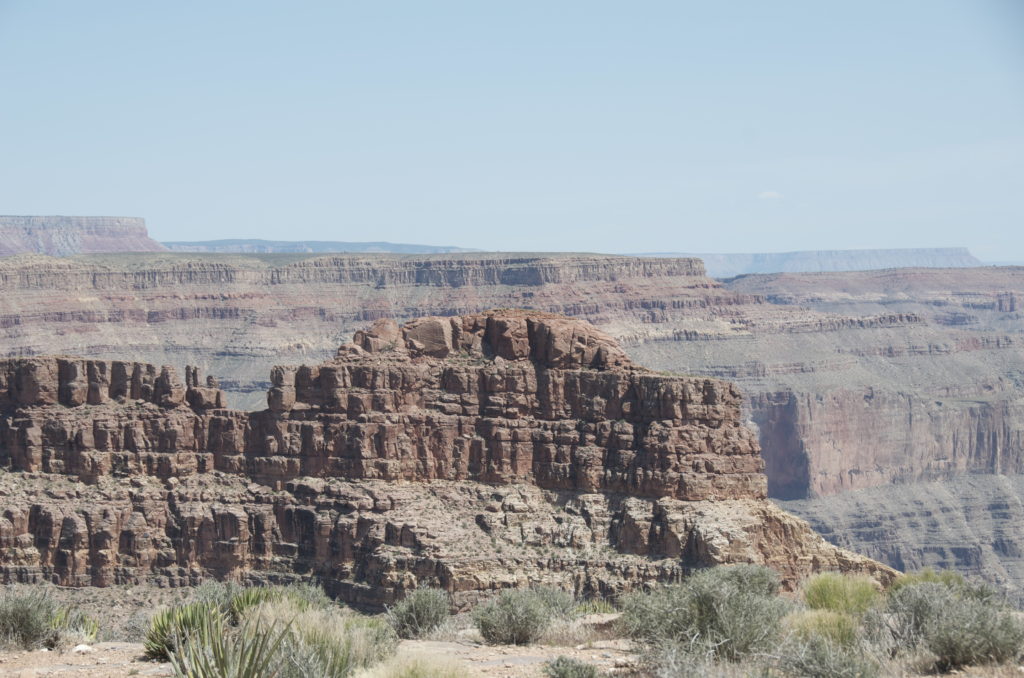 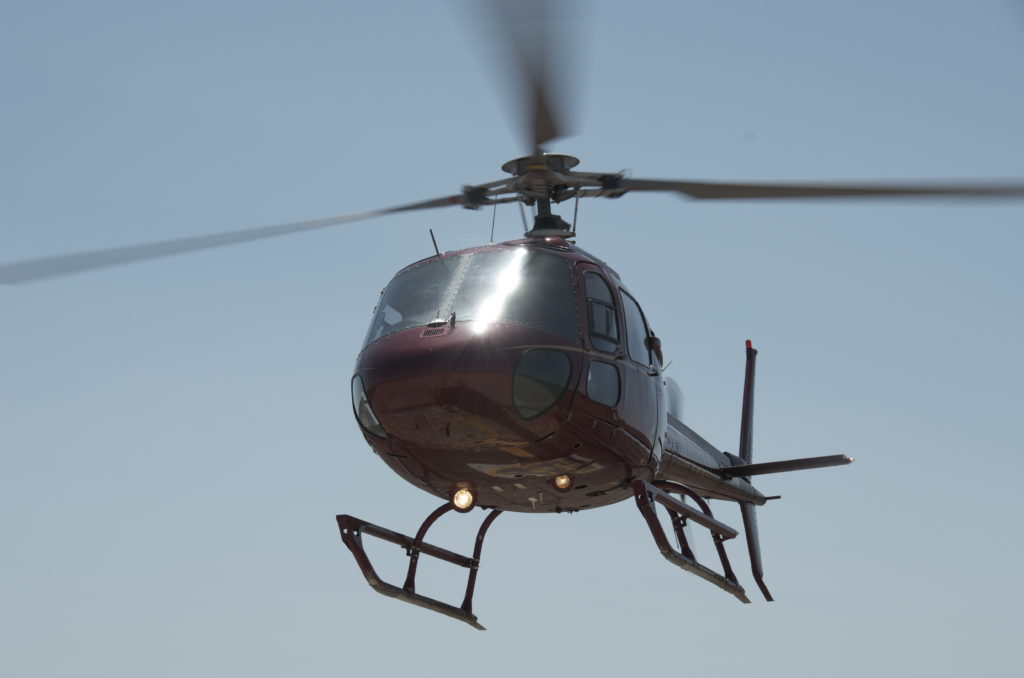 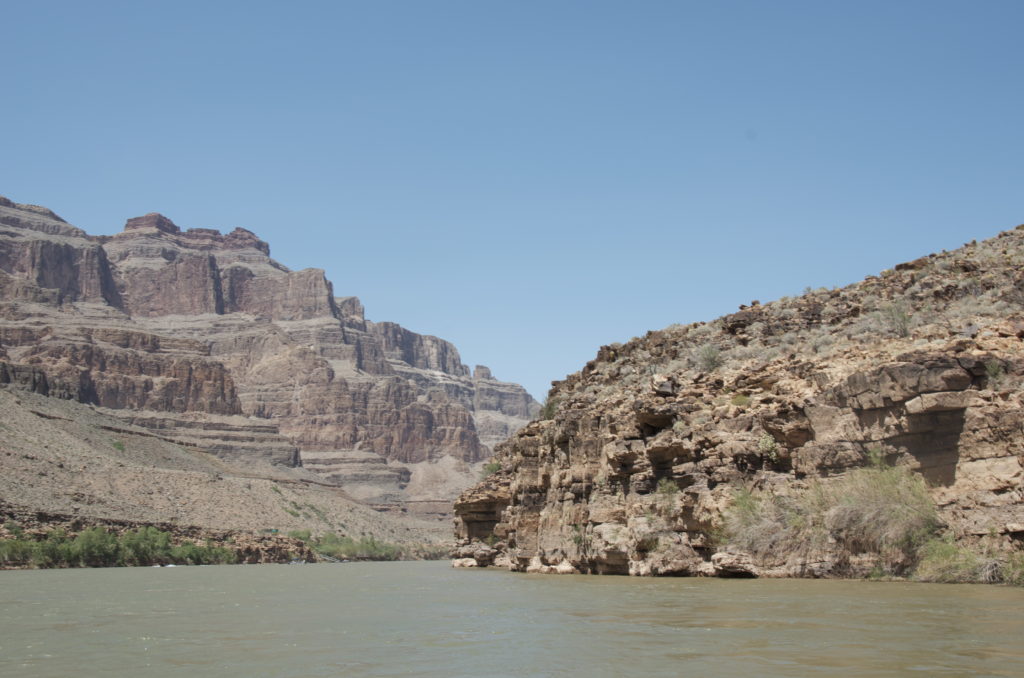 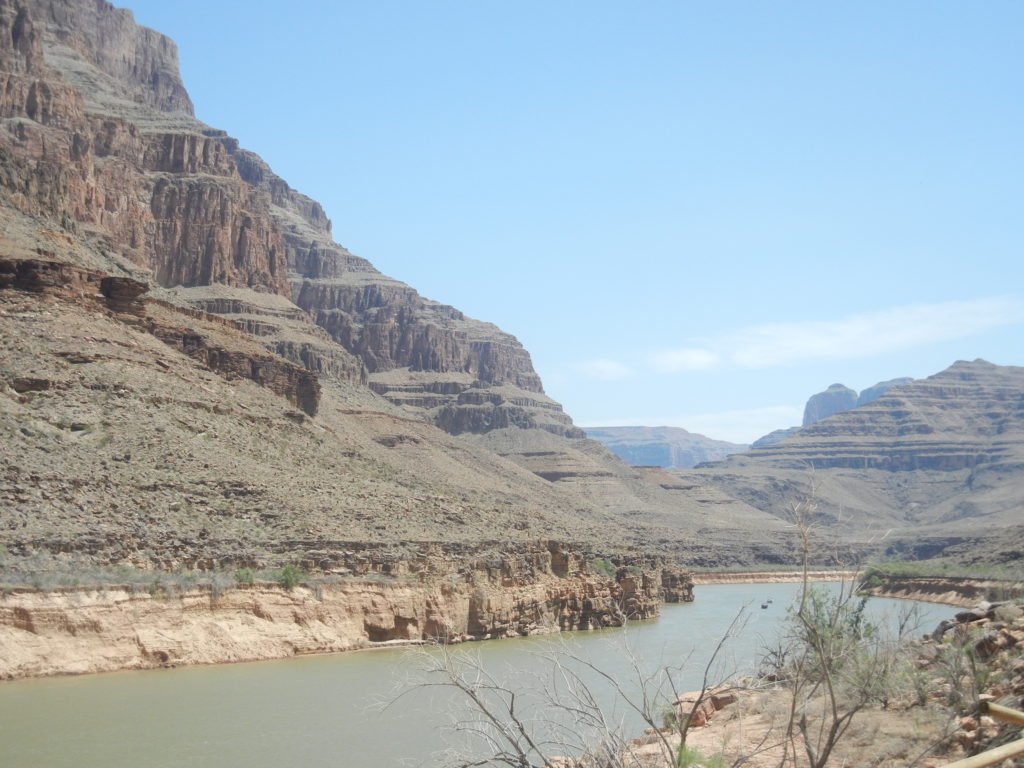 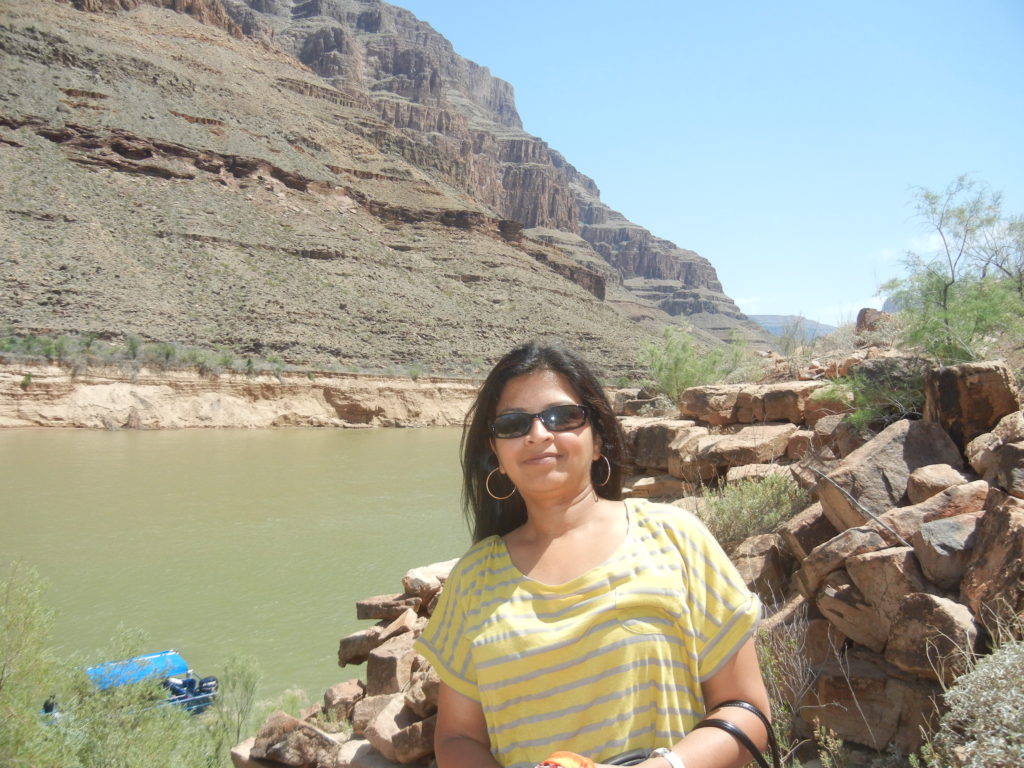 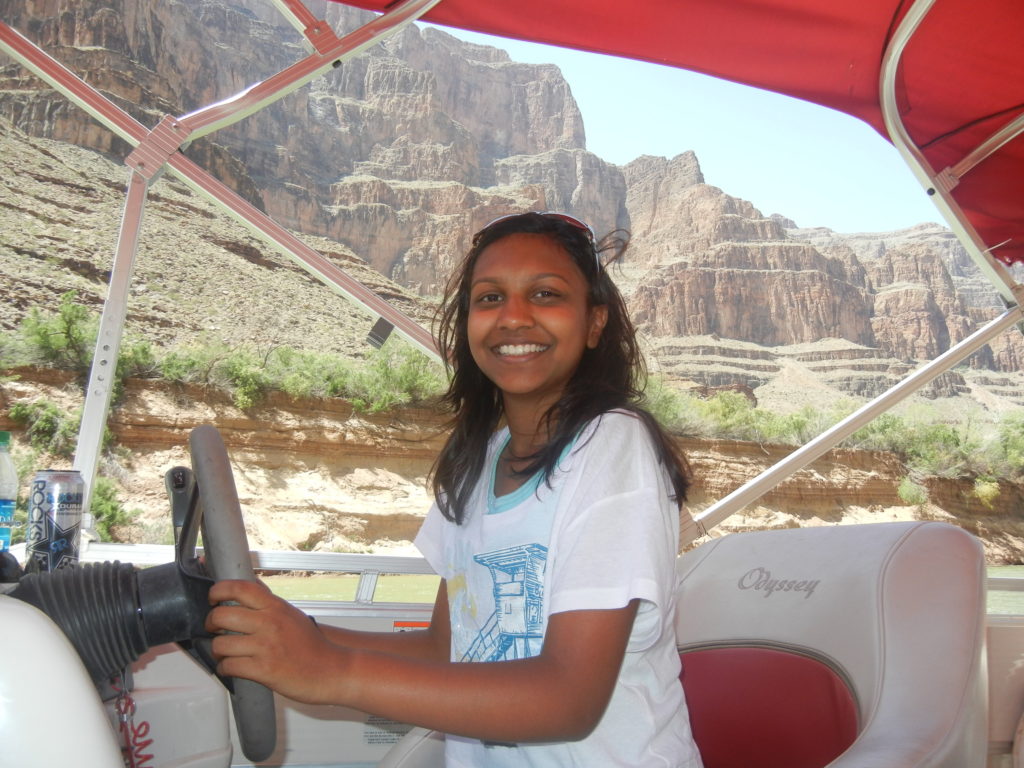 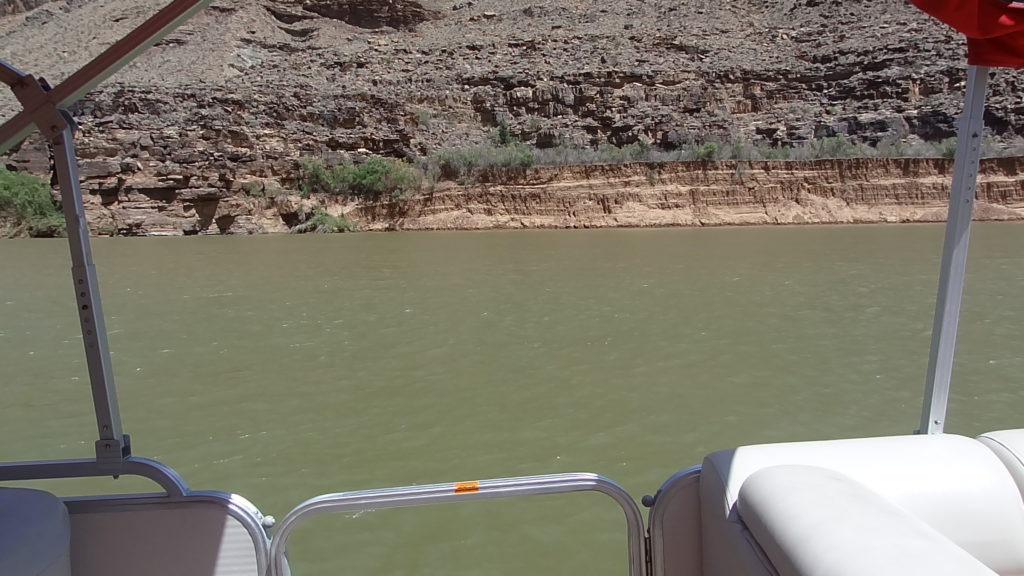 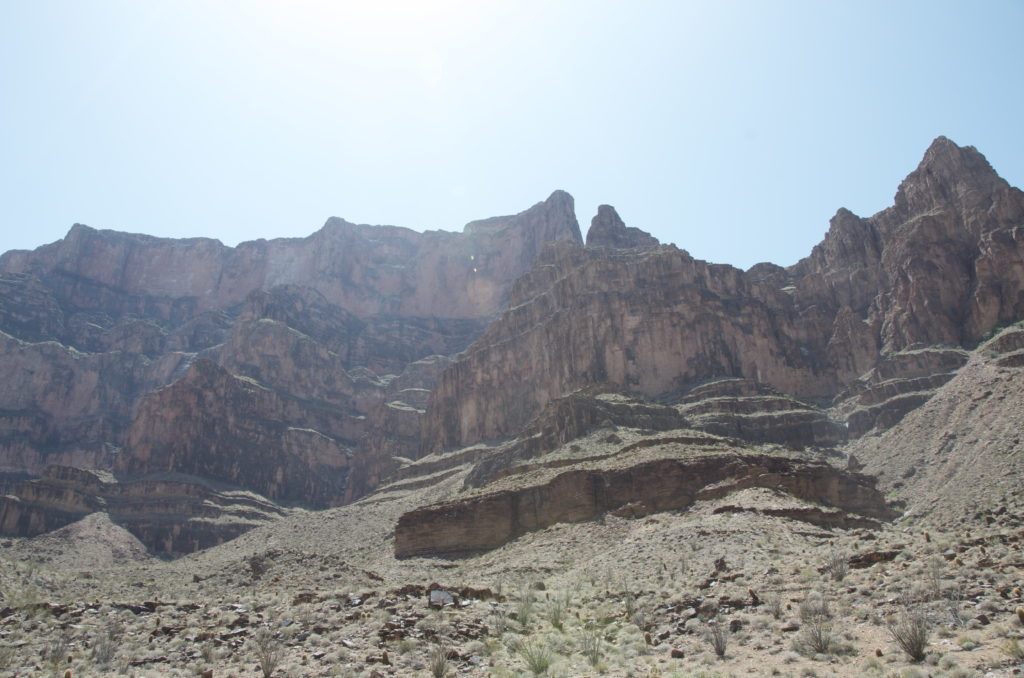 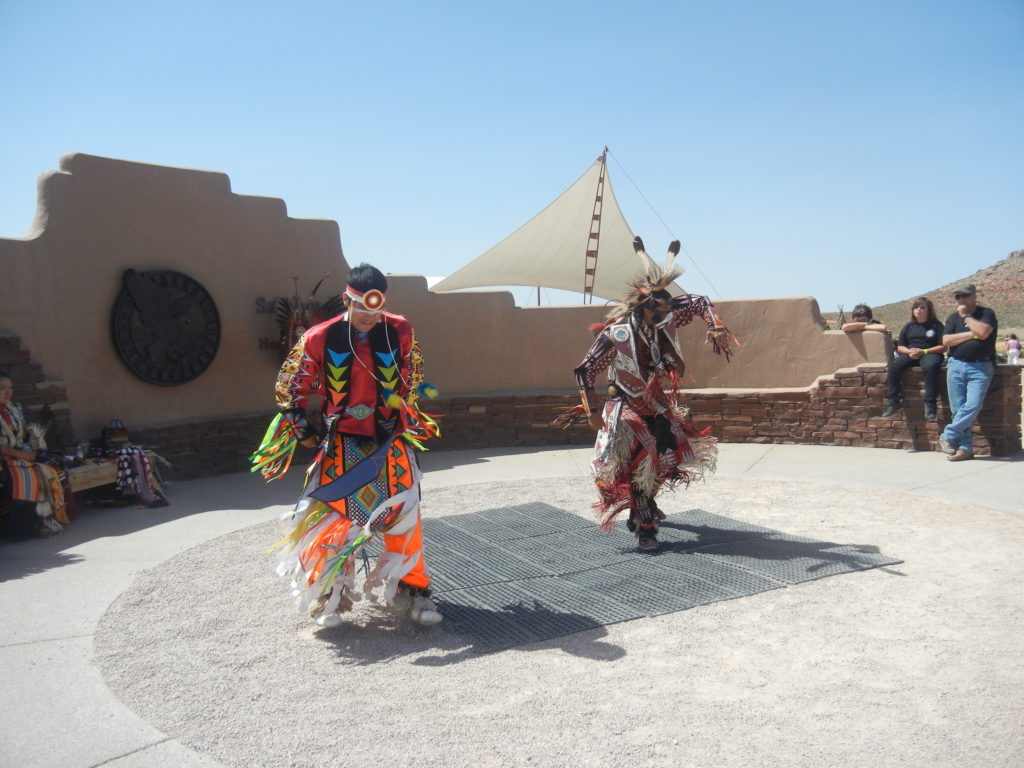 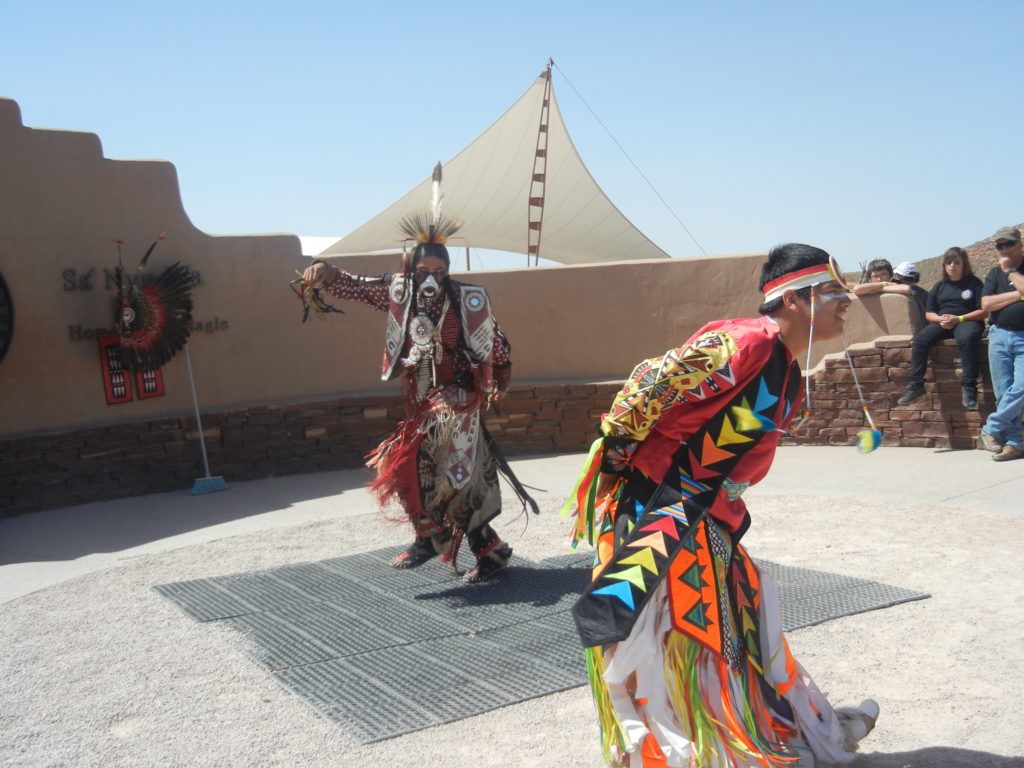 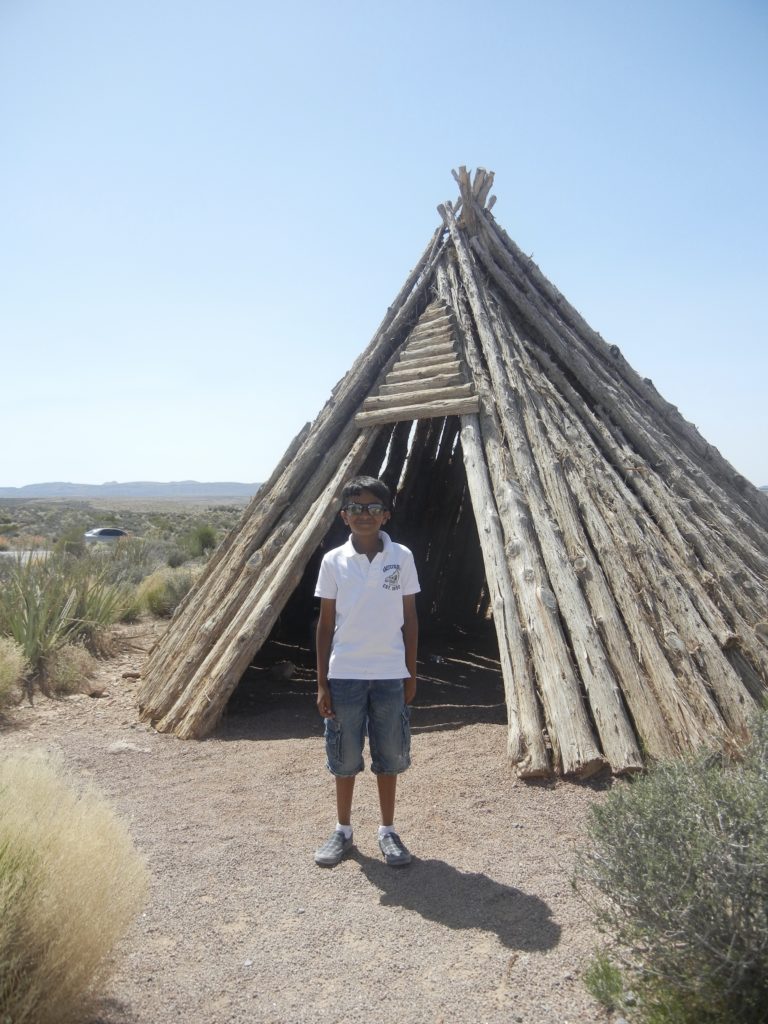 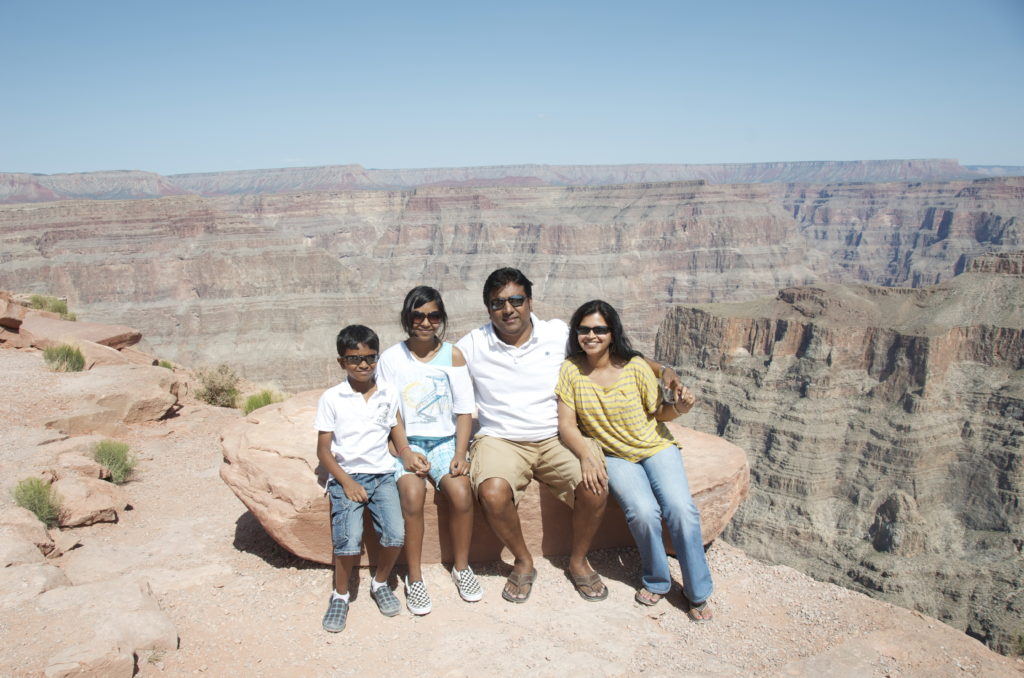 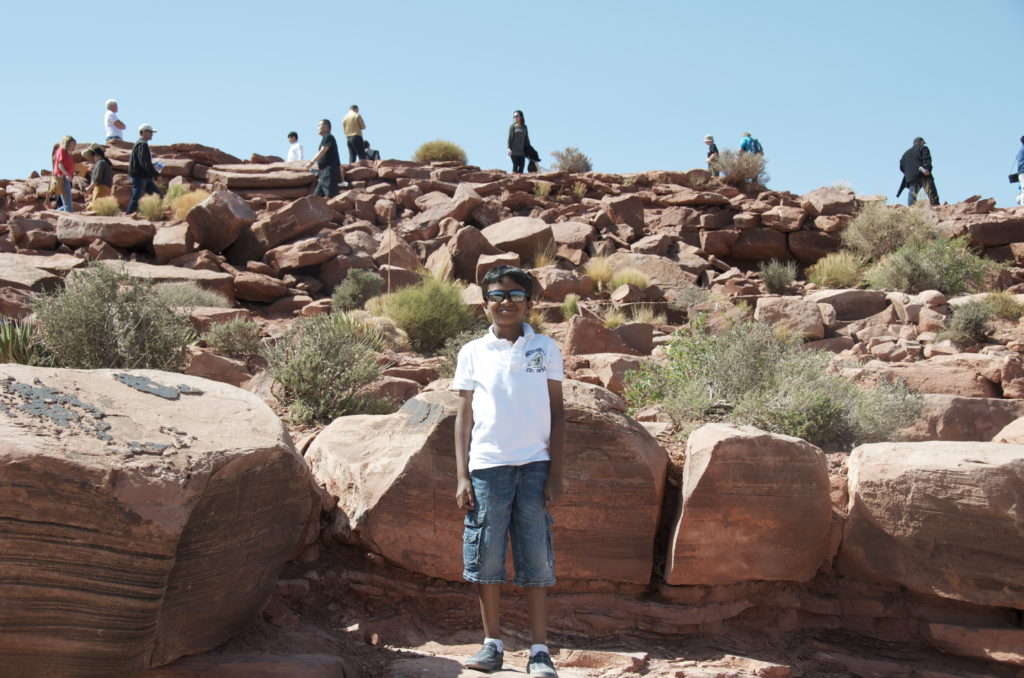 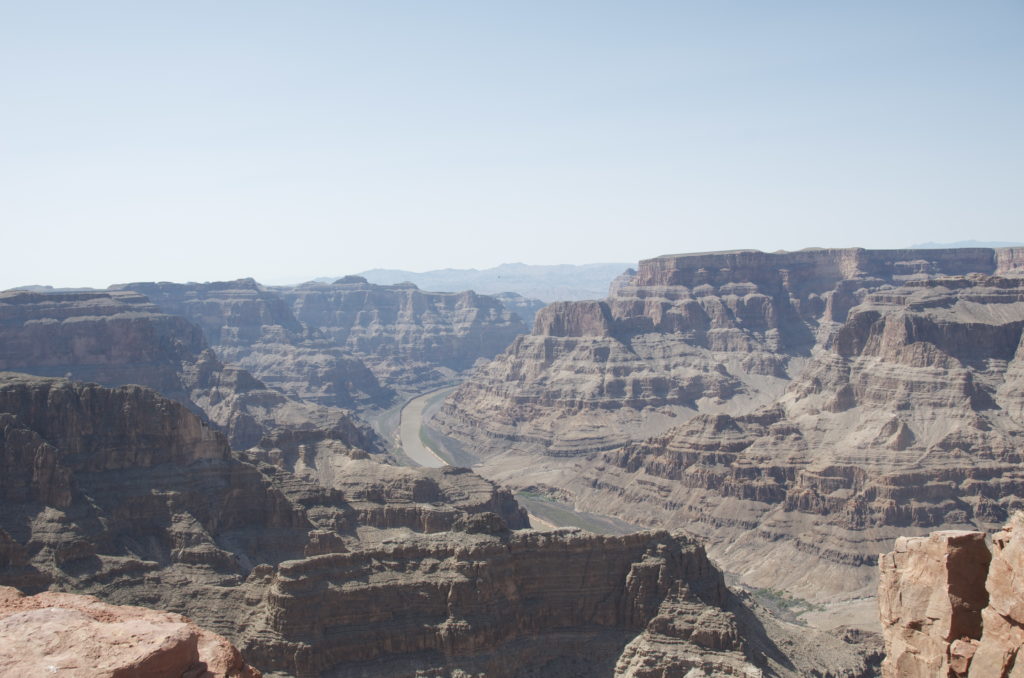 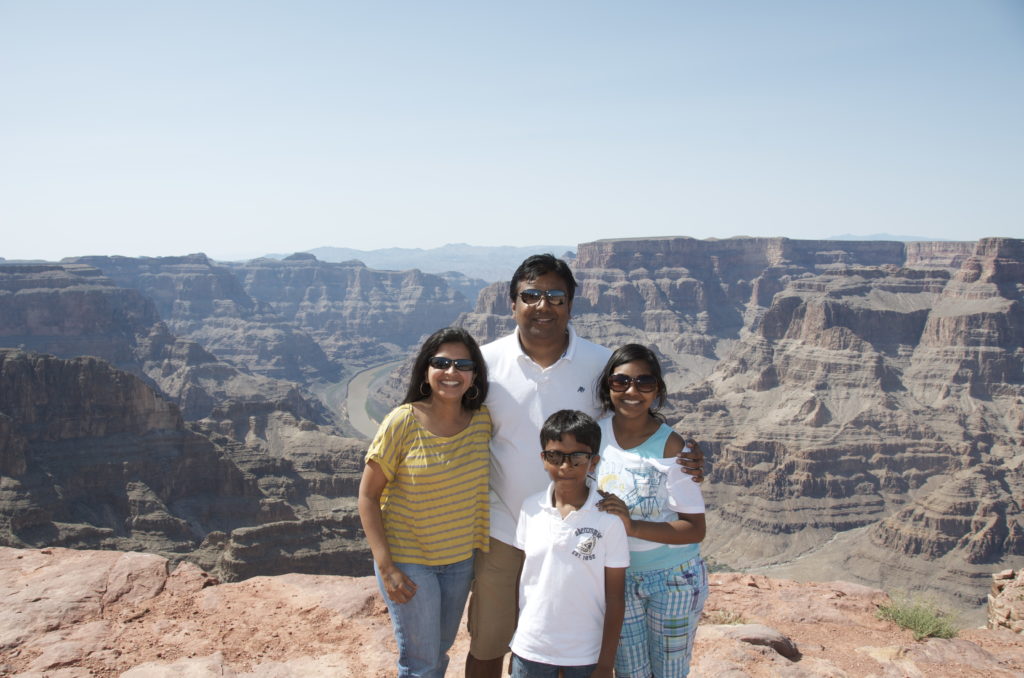 Some pictures at the Canyon Rim

We booked our heli tour with Sundance Helicopters through Viator, there are several options available where there even pickup in a limo from Vegas and fly you to the Grand Canyon. We opted for the Self drive Quest – where you
descend from the Grand Canyon West Rim into the Canyon for a River Boat Ride, Tour Eagle Point, Guano Point and Hualapai Ranch. It was about $200 per person for the ride. You can chose to sit next to the pilot if you want to, and enjoy the panoramic views!

Hi I'm Priya!  I'm always trying to escape the Suburbs to find cool places, nice hotels, modern art, soft adventures and hot air balloon rides... I strongly believe that you can have authentic and awesome experiences when travelling with kids and don't have END_OF_DOCUMENT_TOKEN_TO_BE_REPLACED