The Papal visit by Sneha Bharadwaj

It was the winter of 2007 and we had decided to make our biannual visit to India. Our children were 4 .5 years and 1.5 year old. Considering the long journey and two young kids, we decided to fly to Italy for 10 days and then to Bangalore, India. Given that we had a full week to plan activities, we decided to spend a few days in Rome and a few days in Venice. Of course we hit all the touristy landmarks such as the Colosseum, the Basilica, the Vatican, Island of Murano, Island of Burano, the Spanish fountain, including several gelato stops. What truly stayed with me over these years was the Papal visit. 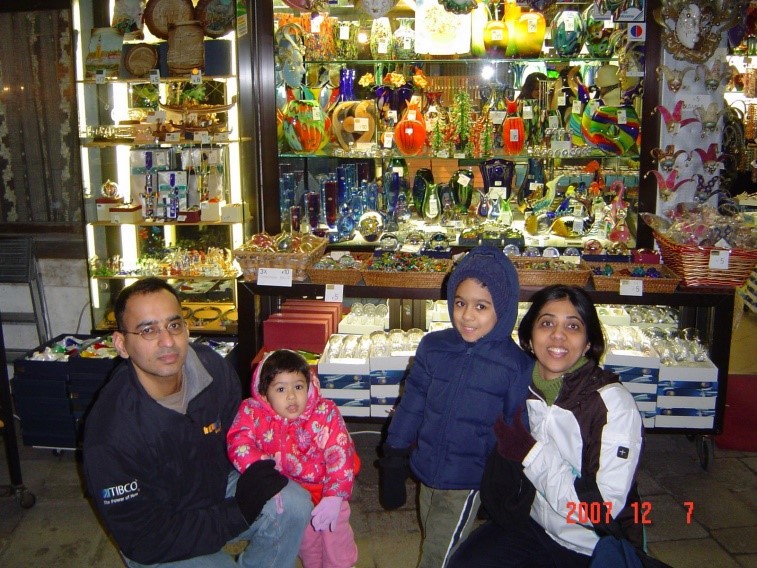 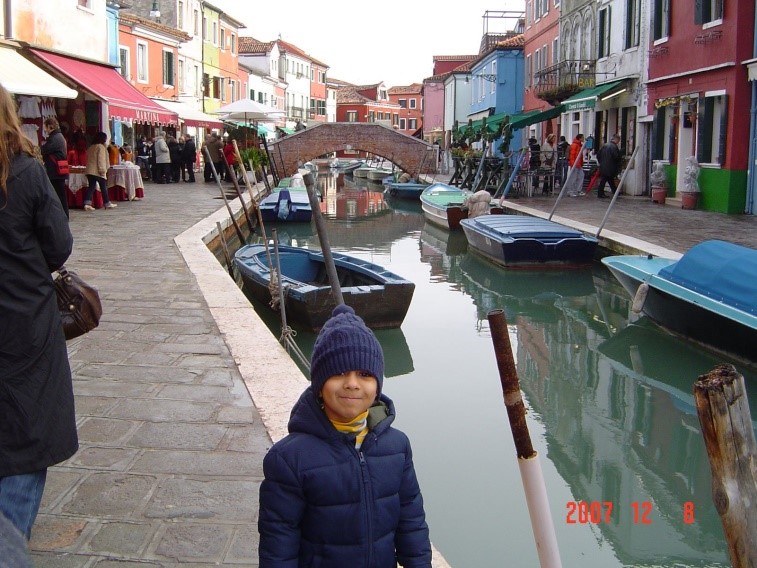 When planning our week’s itinerary, I wanted to schedule “audience with the Pope”. It seemed like a neat thing to do! Gosh, how many people truly get to meet the Pope? At least in 2007, this had to be done via a fax request. After a few fax exchanges, I realized we had to catch a train to Venice on the day the Pope is scheduled to meet with the public. Quiet disappointed at that, I explored my options. It turned out that the Pope gave a weekly mass through one of the windows of St Peter’s Basilica. Viola!

Off we went that morning to the Magnificent St Peter’s Basilica to gain a good spot.   As you can tell from the pictures, the square was packed. We waited and waited with our restless children. Then, it began to rain. My husband who is ever so impatient was ready to get a taxi to go have lunch. I didn’t give in. And I don’t think anyone in the audience left either. We simply pulled out our umbrellas and waited some more. Then came the greatly anticipated moment. The pope had arrived! 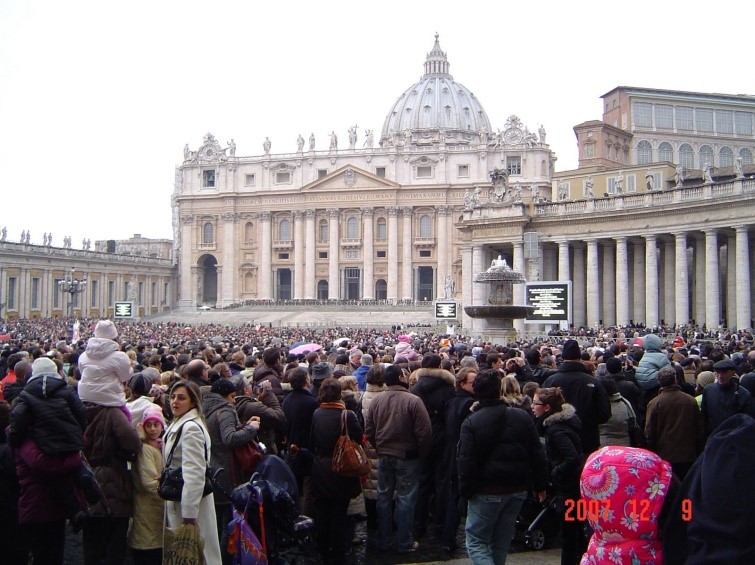 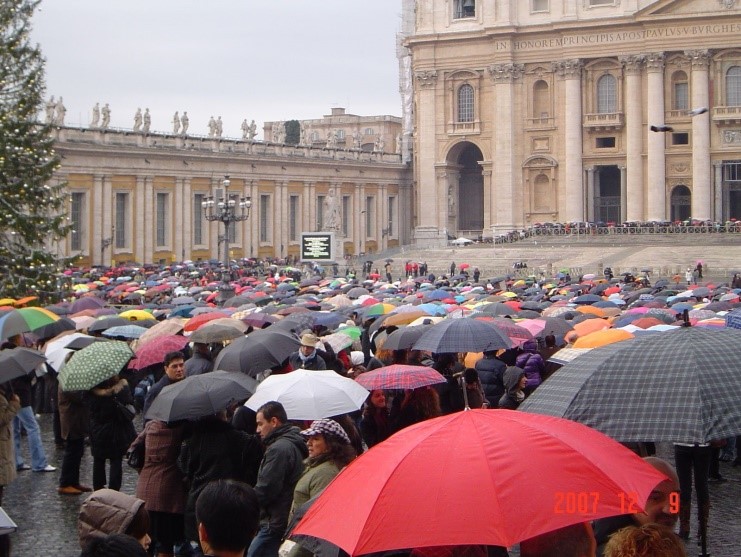 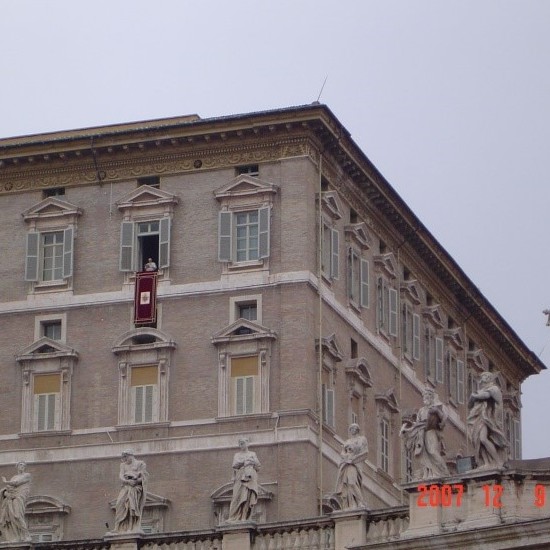 The energy, the excitement, the sounds of joy, and the tears of joy – were all too soothing, enchanting, and overwhelming. The Pope gave a short sermon in seven different languages. The Pope’s voice and the people’s emotions are etched in my memory forever. Need I say more?

We have traveled with our kids for over 20+ years and here is our Family Travel Bucket List. It is not always about checking off countries and counting passport stamps, for us when we go Outside END_OF_DOCUMENT_TOKEN_TO_BE_REPLACED