The ancient city of Petra – the “treasure of Jordan” – is one of the seven wonders of the world. It is located about a 2 hour drive north of Aqaba. The most famous Petra’s monument, the Treasury is the completion of the Siq or passage. In addition, hundreds of building, facades, crypts, baths, mourning halls, temples, and, of course, the amphitheater of three thousand seats built in the 1st century B.C., warrants a place in your bucketlist. 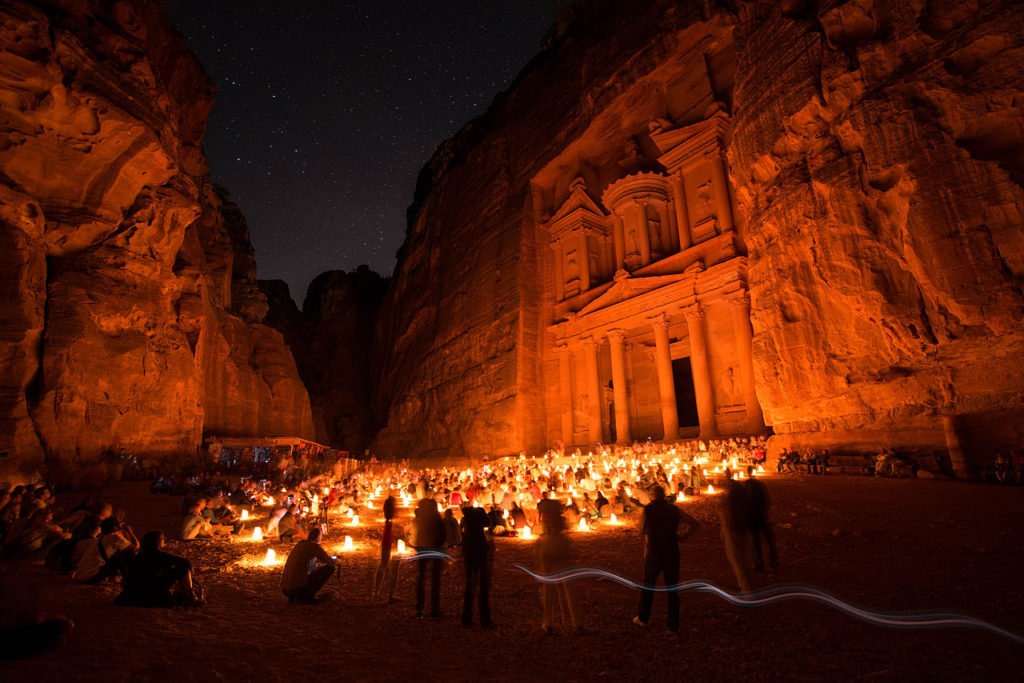 Petra is carved into the sandstone hill by the Nabataeans in the second century A.D., this towering structure, called El-Deir, may have been used as a church or monastery by later societies, but likely began as a temple. The Nabateans who were brave warriors and very industrious. They were also famous for their graffiti. The Nabateans settled in southern Jordan more than 2000 years ago. Petra’s peculiarity is its wonderful location, in the heart of the desert. The city is located in the mountains, which depending on time of the day, will change colors into pink, dark red, purple or orange. On the way to Petra, you will see parts of desert valley – Wadi Rum.  Arriving in Petra or Wadi Musa you will pass between the cliffs through the awesome Siq, a huge crack in the sandstone 1,2 km. long. 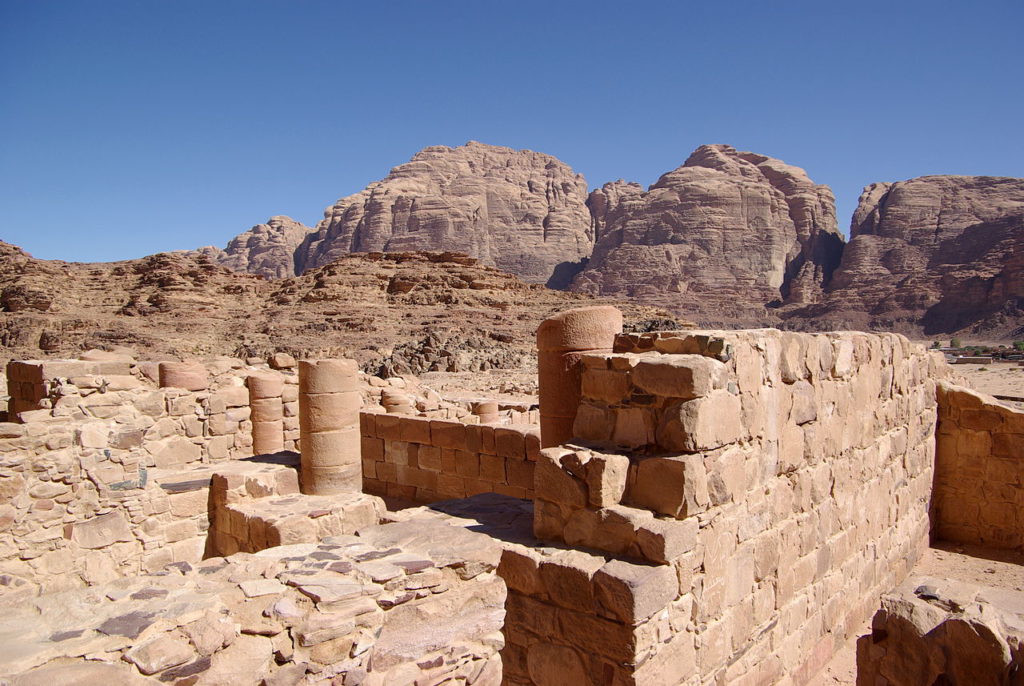 Make sure to stop for an traditional Bedouin meal, which could be chicken or goat cooked under the desert sand, known as zarb, kind of like a roast, typically served with bread, yogurt.  An of course some Bedouin tea – hot, sweet and usually flavored with mint and sage.

The most famous Petra’s monument, the Treasury is even more magical at night lit by hundreds of candles and luminaries.  After visiting this wondrous sight why not plan to soar above the terrain to see a birds-eye view of the Mars like landscape of Wadi Rum. Wadi Rum is an outstanding desert landscape – Sheer sided mountains of sandstone and granite emerge from open valleys to reach heights of over 1700 meters, and narrow canyons cut deep into the mountains, often concealing ancient rock drawings. This isolated yet remarkable landscape is now a protected area covering 720 square kilometers and is available for everyone to explore and enjoy. 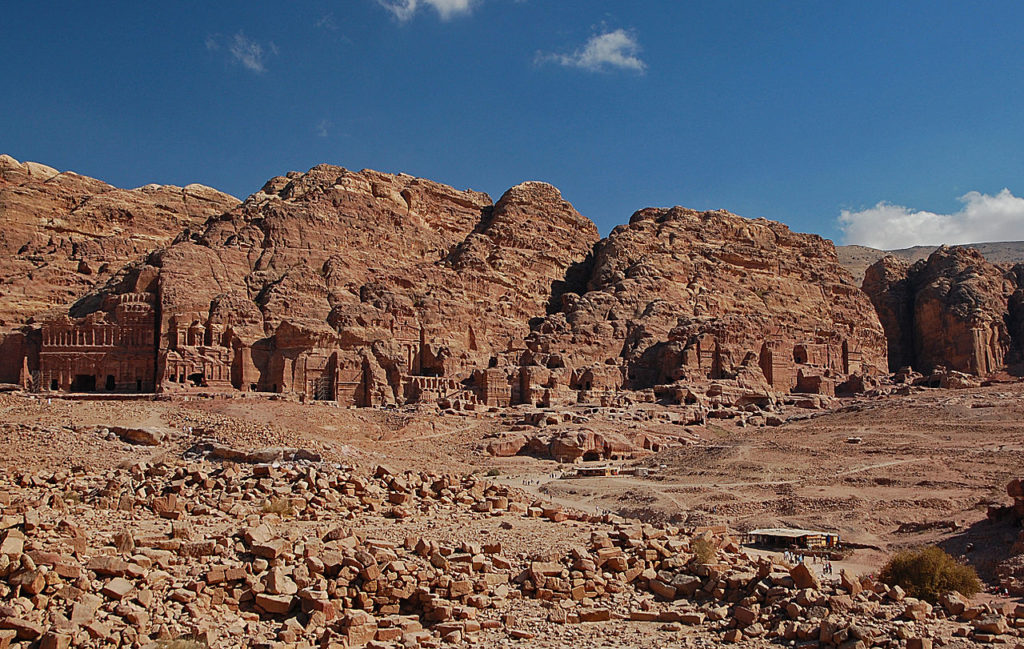 Balloon flights above the red deserts of Wadi Rum are run by Rum Balloon with a highest standards of safety, professionalism, and equipment. Your hot air balloon ride experience starts when a cheerful balloon crew greets you just before sunrise in Wadi Rum.  From there they check prevailing wind conditions and choose the best launch site for the day, as hot air balloon direction and speed are determine by the wind direction and speed.  Every day is different once the launch side is chosen,  the flight crew whisks you away to the desert site where the inflation of the balloon begins.  During the inflation, watch in amazement and see just how big the balloon is as it comes to life then it’s up, up and away for the experience of a lifetime. Drifting quietly through the desert sky, thousands of feet above the red sand dunes and mountains of Jordan’s Wadi Rum. This would be one of the most memorable balloon flights anywhere in the world. 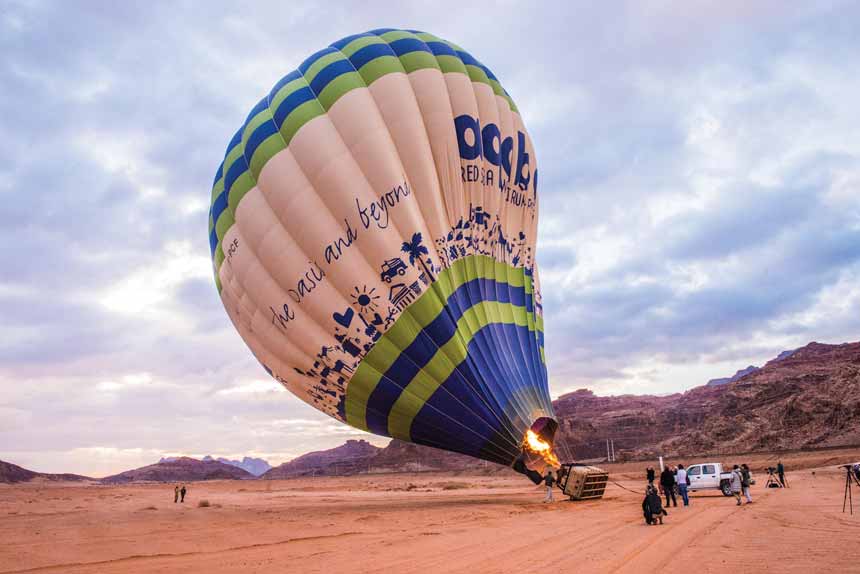 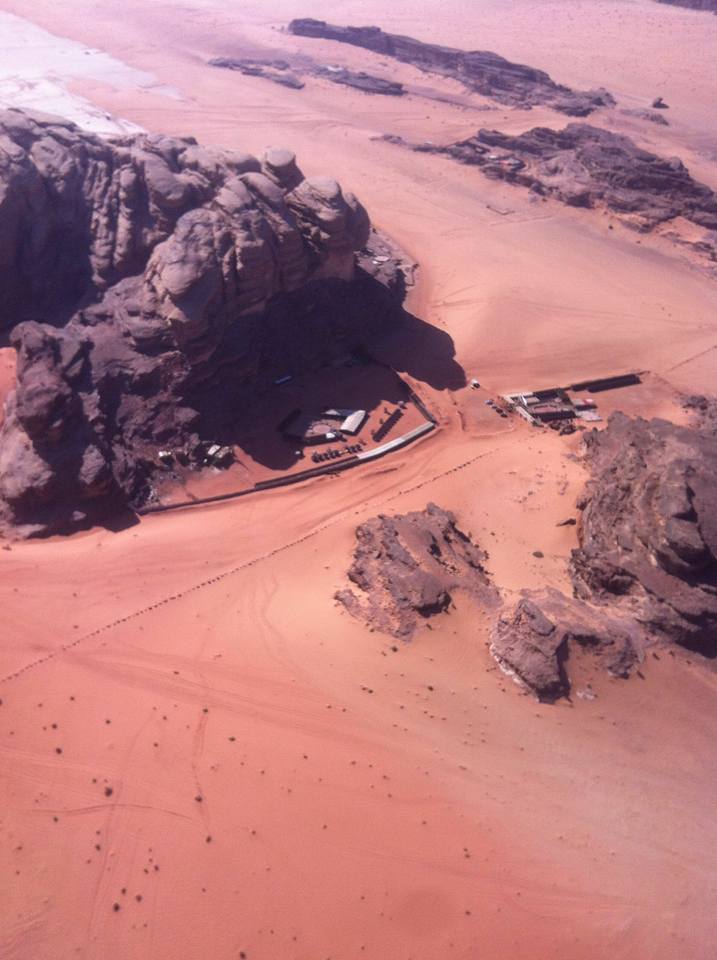 A Martian base camp? or just a view from the balloon! Photo credit: Rum Balloon

Several scenes from the Hollywood blockbuster Indiana Jones and the Last Crusade were filmed in Petra.  Wadi Rum also know as the valley of the moon looks more like a Martian landscape.  Red Planet, The Martian, The Last Days on Mars were some movies that were shot here. So till we can jet off to visit Mars someday, if visiting a Martian landscape is on your list, add Wadi Rum instead.

Hi I'm Priya!  I'm always trying to escape the Suburbs to find cool places, nice hotels, modern art, soft adventures and hot air balloon rides... I strongly believe that you can have authentic and awesome experiences when travelling with kids and don't have END_OF_DOCUMENT_TOKEN_TO_BE_REPLACED