Moorea is a one of the many beautiful atolls in the French Polynesia, it is special because it is shaped like a heart.  After a few days in Bora Bora, we flew back to Tahiti and took a ferry to Moorea. Because of its stunning scenery and accessibility to Pape’ete, Mo’orea is visited by many western tourists who travel to French Polynesia and is popular as a honeymoon destination.  We went there primarily for the turquoise waters but quickly fell in love with the explosion of velvet green mountains jutting out of the ocean even before the ferry docked.

The heart shaped island with its breath-taking scenery and warm Polynesian hospitality instantly captured our hearts. The fern covered cliffs, green meadows, majestic mountains was everything and more you envision when you hear the words South Pacific Islands.  We hired a car and did a road trip around the island which was easy to cover in half a day even with frequent stops to photograph the verdant landscape and beautiful bays – it was a single road and you can cover the entire island in about 38 miles or so.

When we returned the car we saw some ATVs coming back after a tour and after inquiring we found that the ATV tour take you through the road not easily accessible by car, it ventures past pineapple plantations, across streams, into deep valleys and up close to the mountain peaks. We signed up for the tour and enjoyed the views.  Here is a photo blog of our ATV tour thorough the Yellow lizard island… 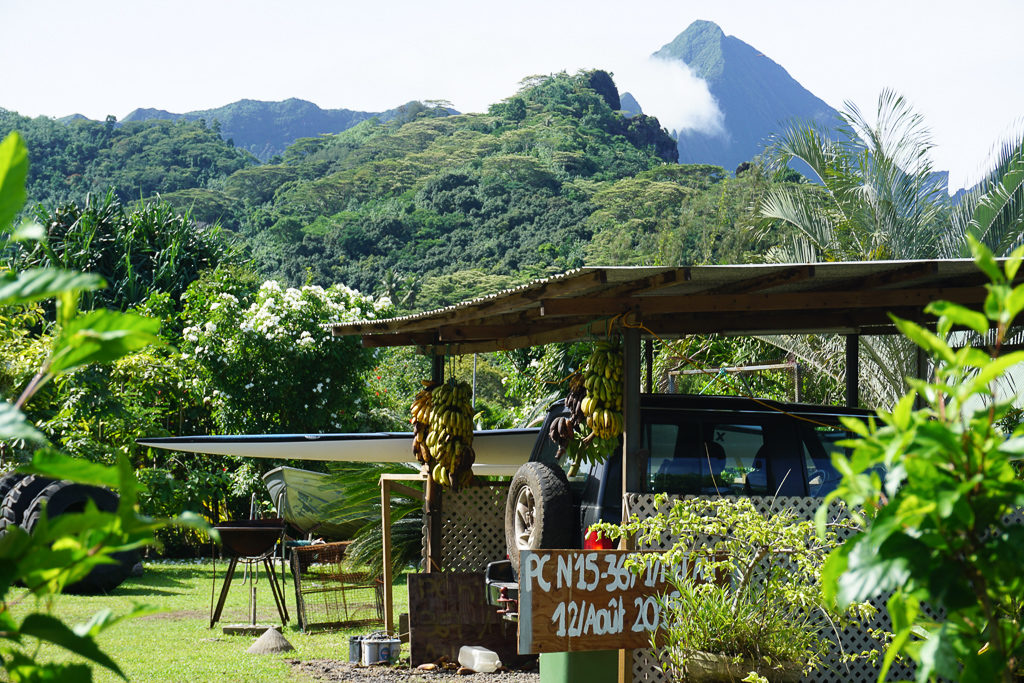 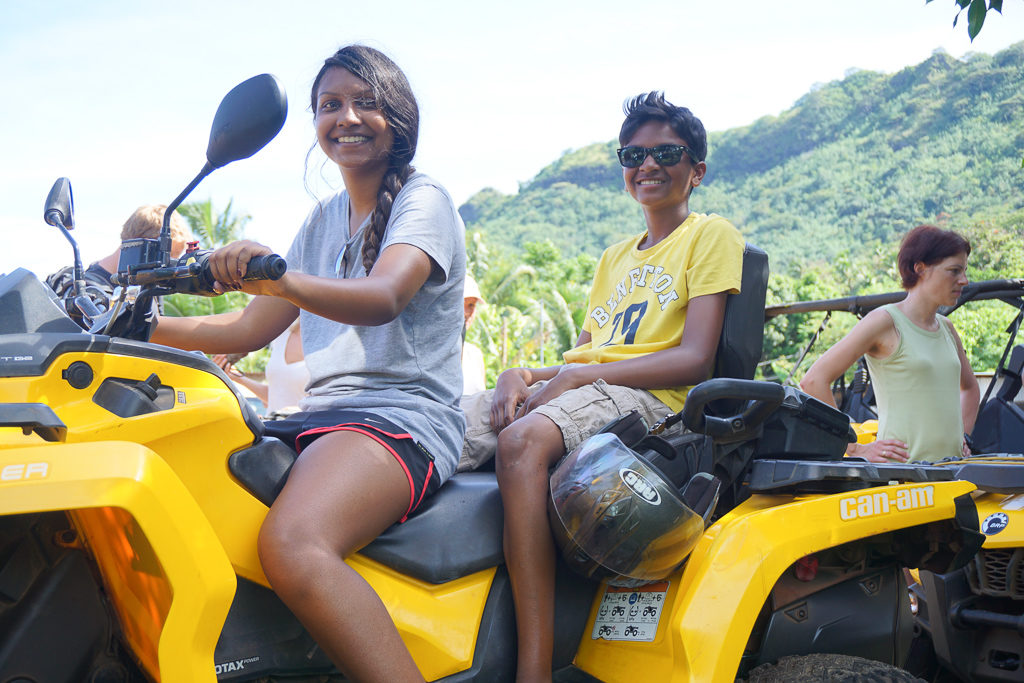 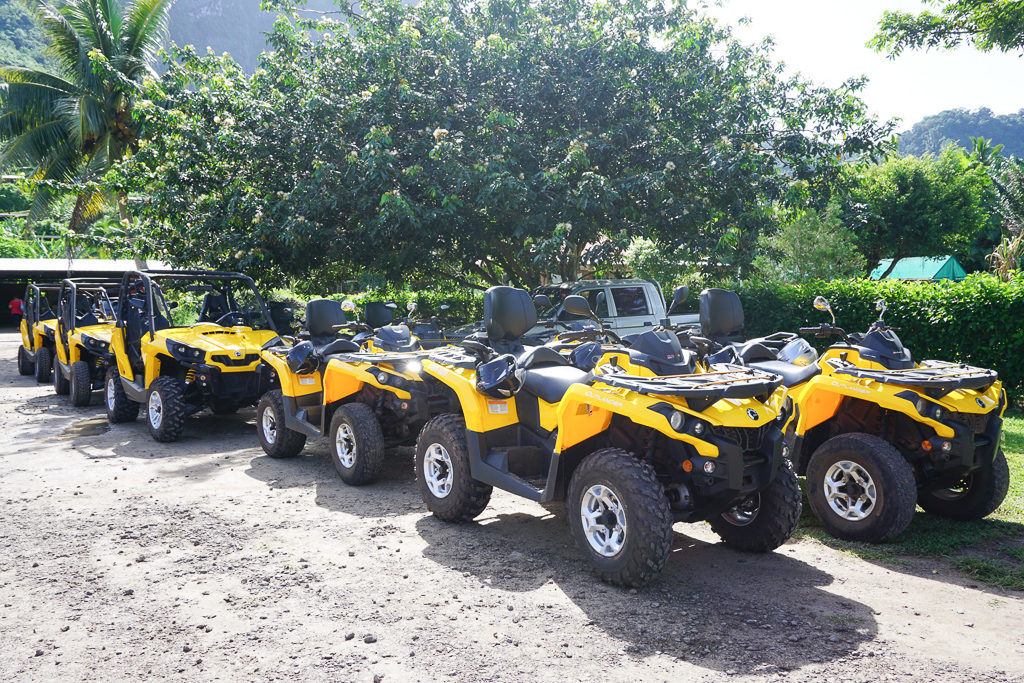 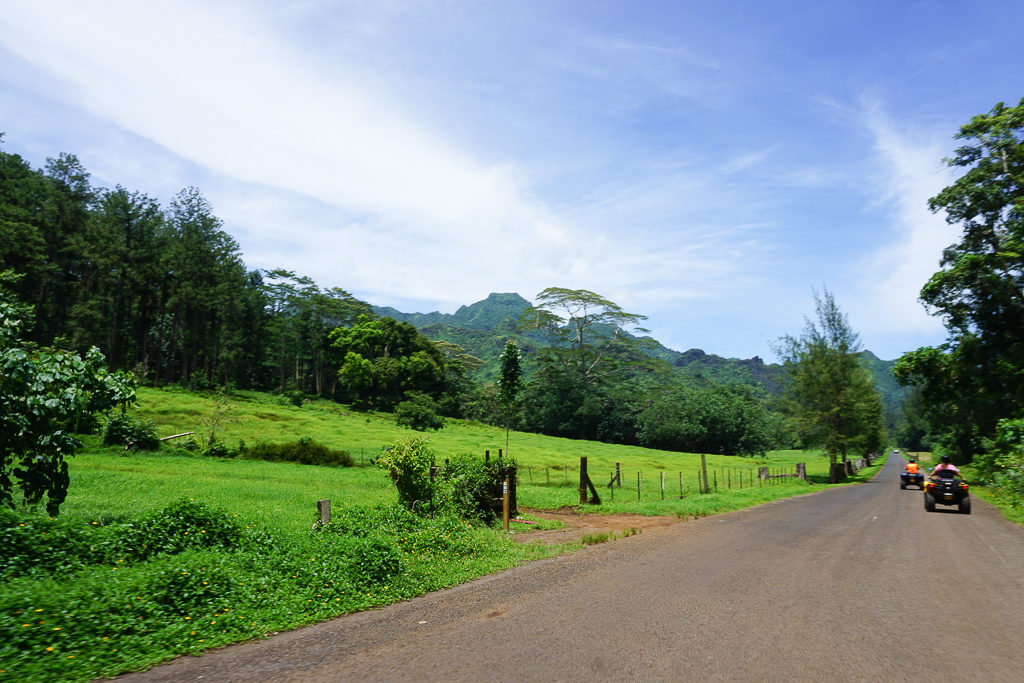 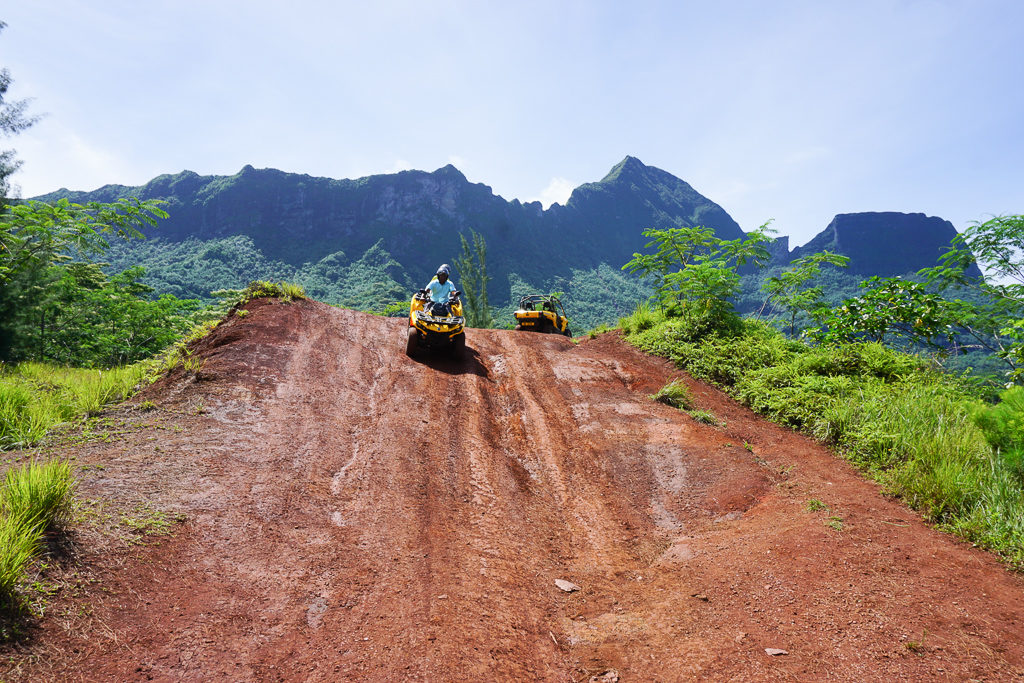 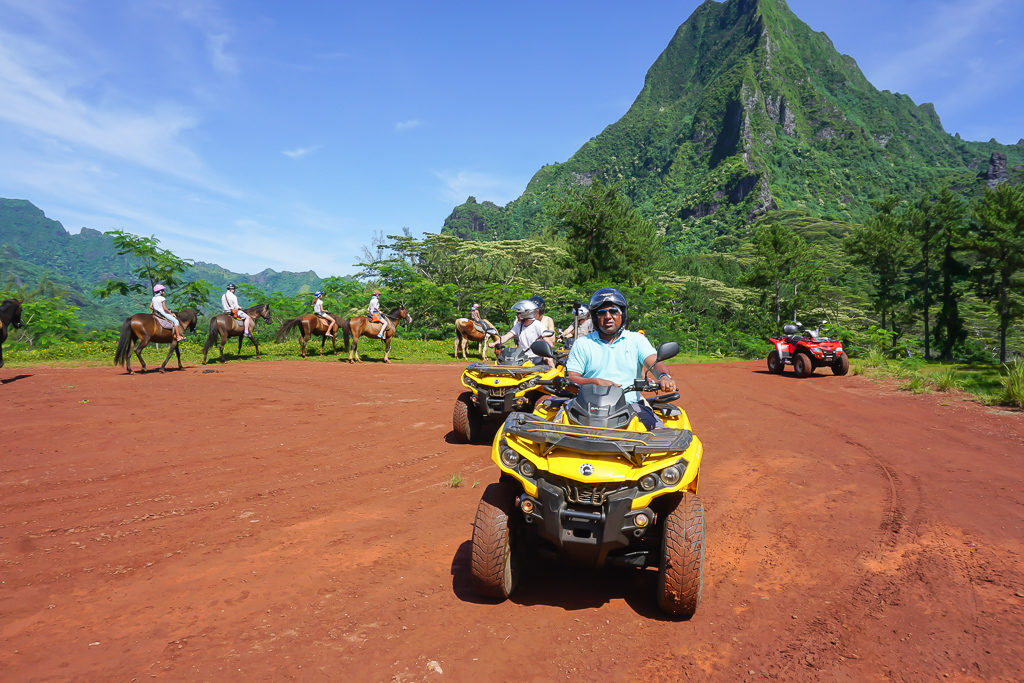 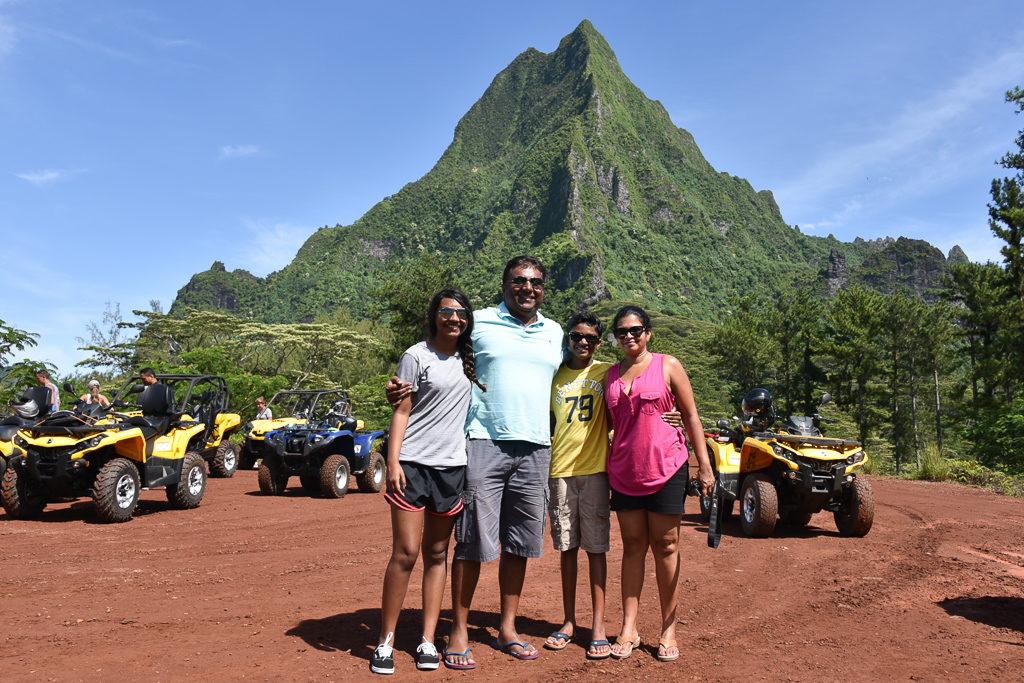 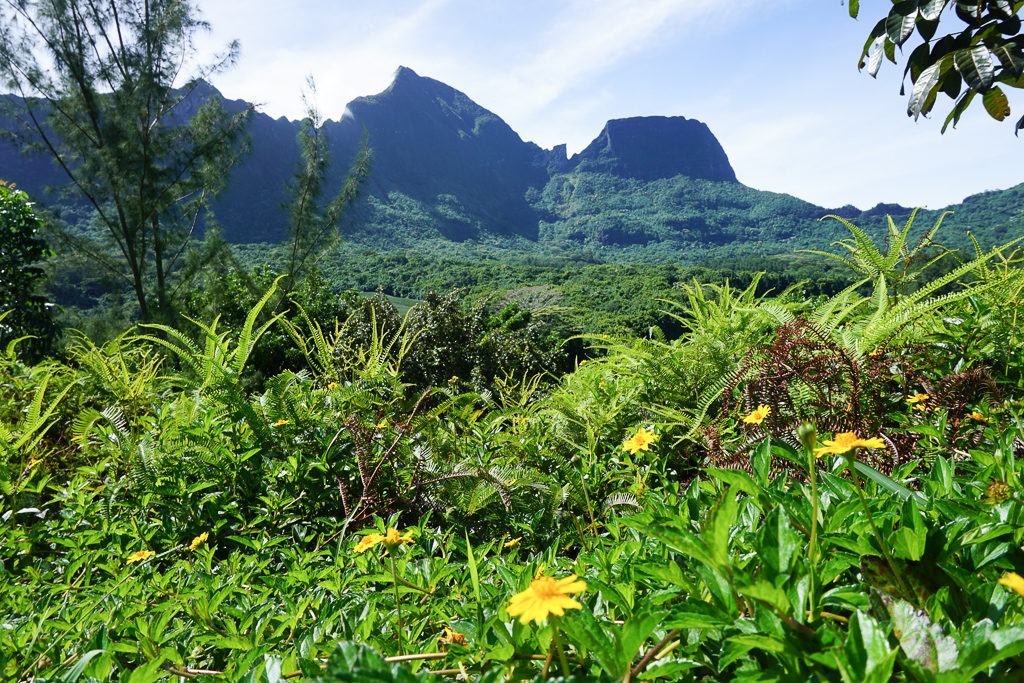 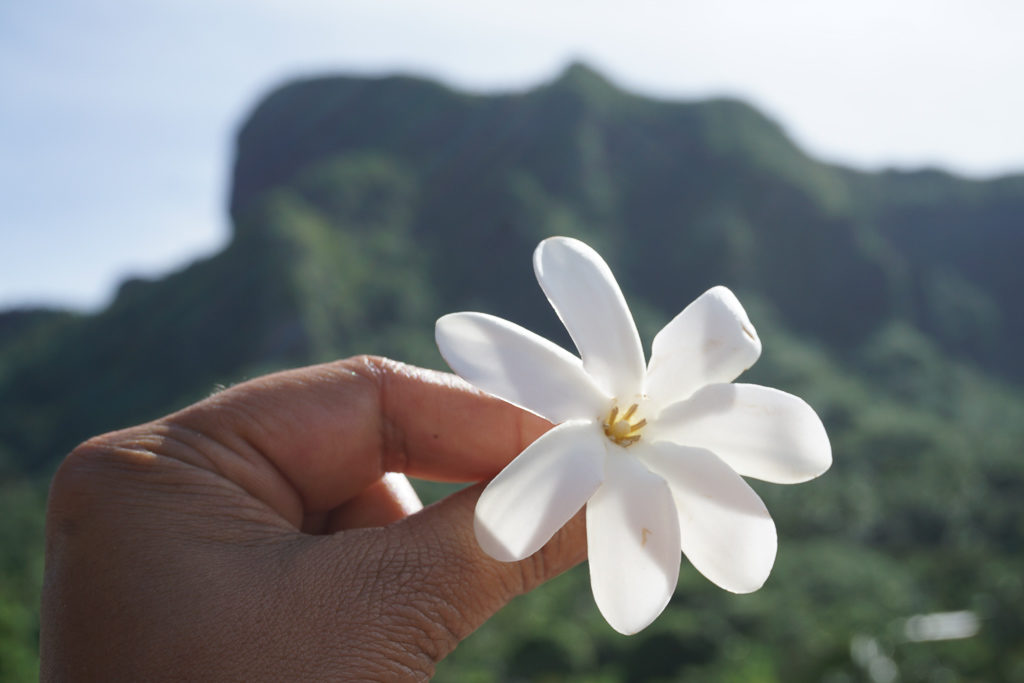 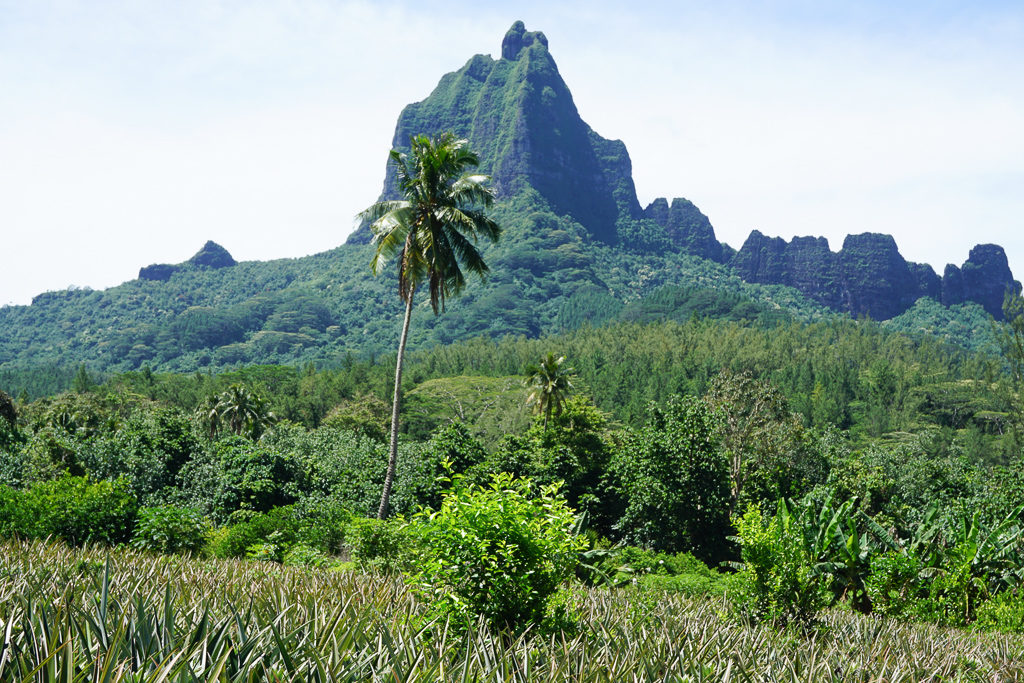 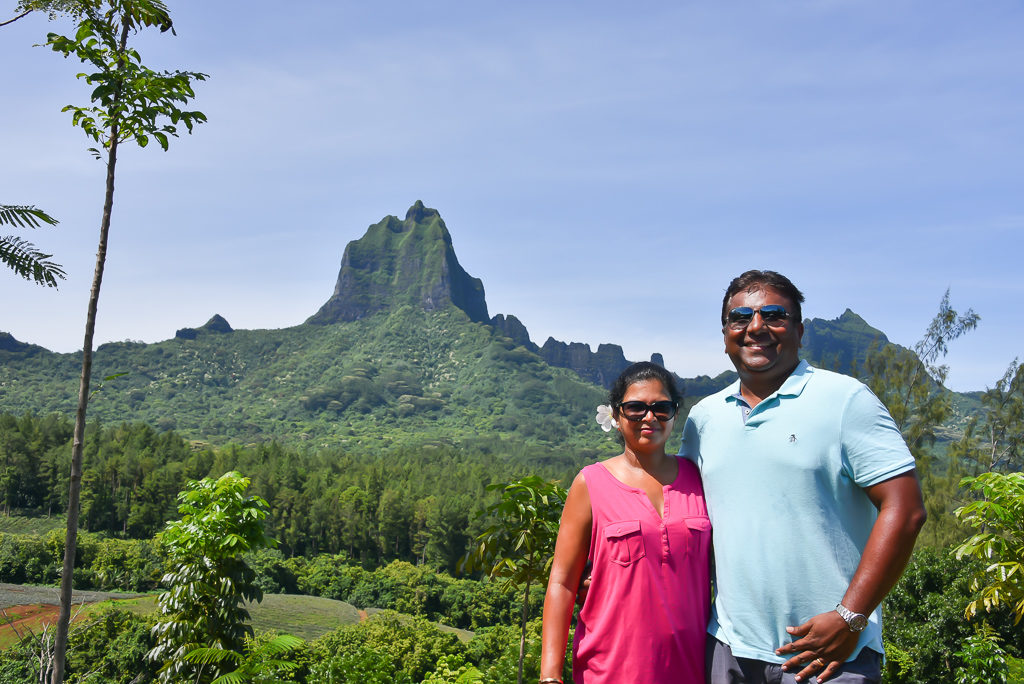 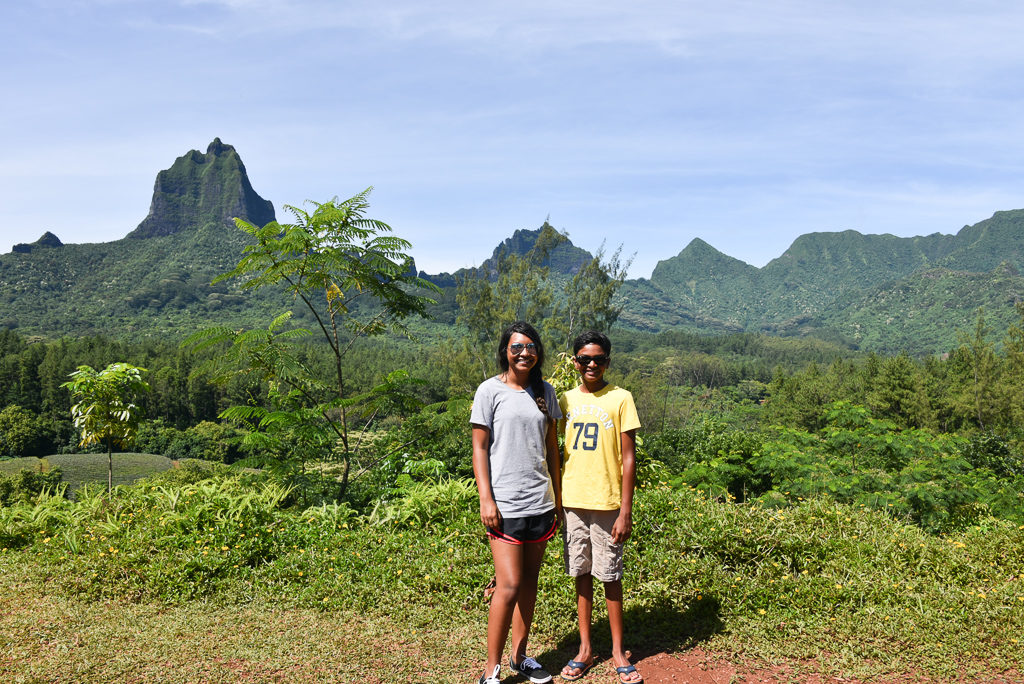 Moorea has eight mountain peaks that jut out from its very lush interior and clear, turquoise lagoon, how many can you see here? 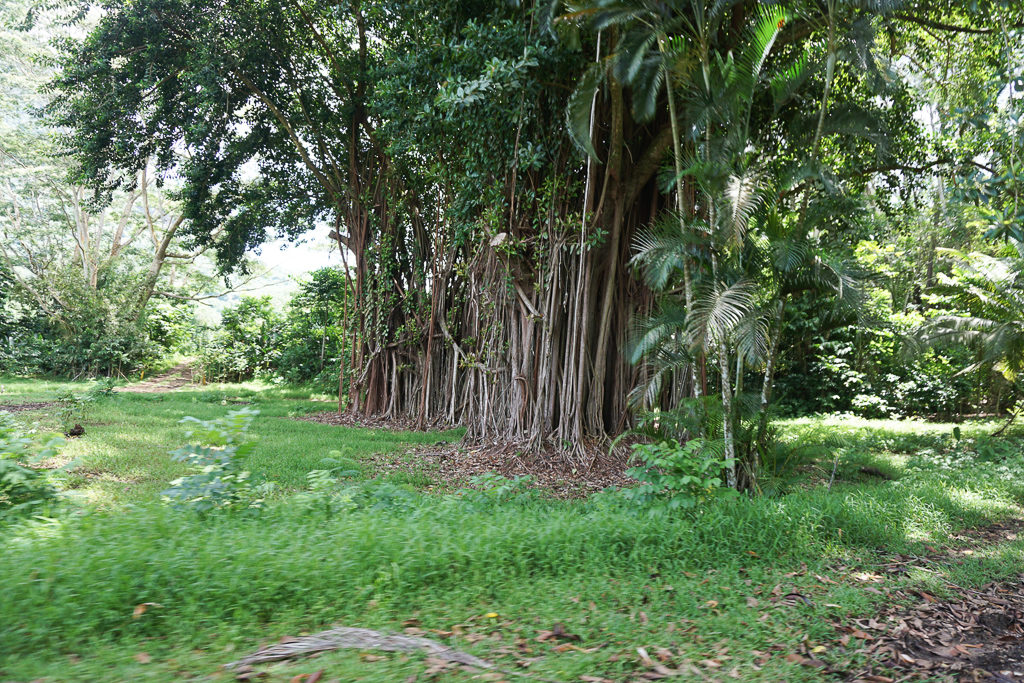 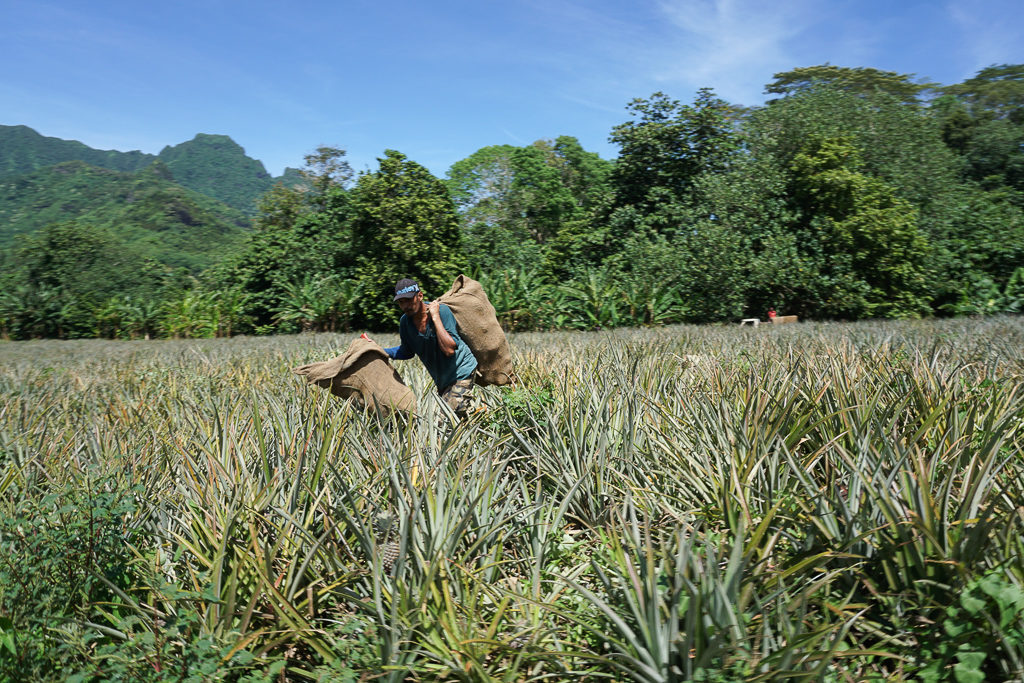 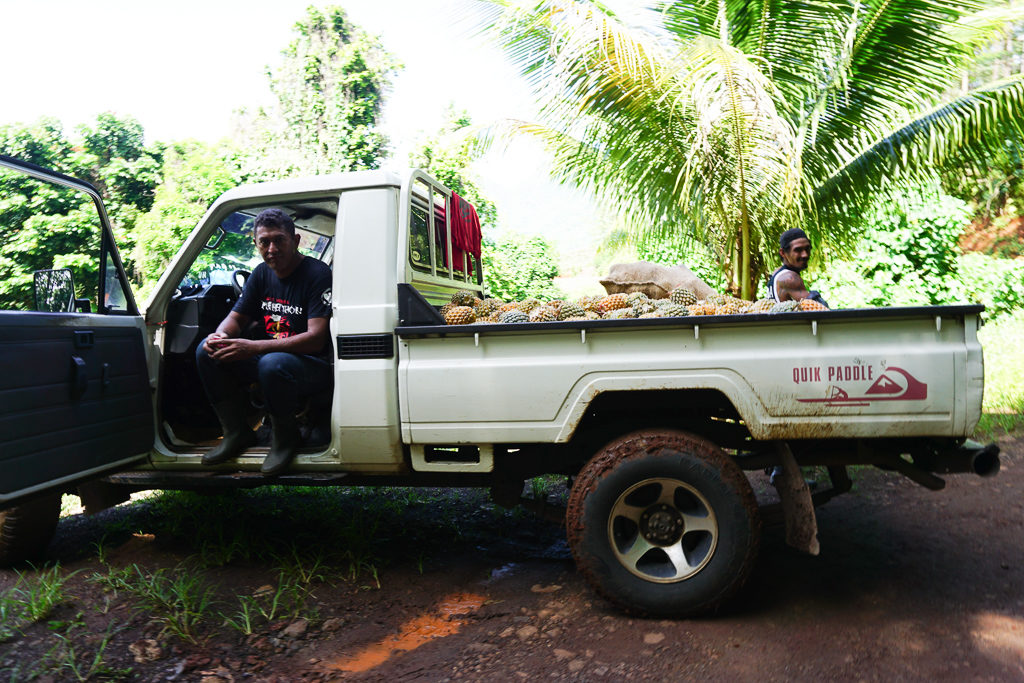 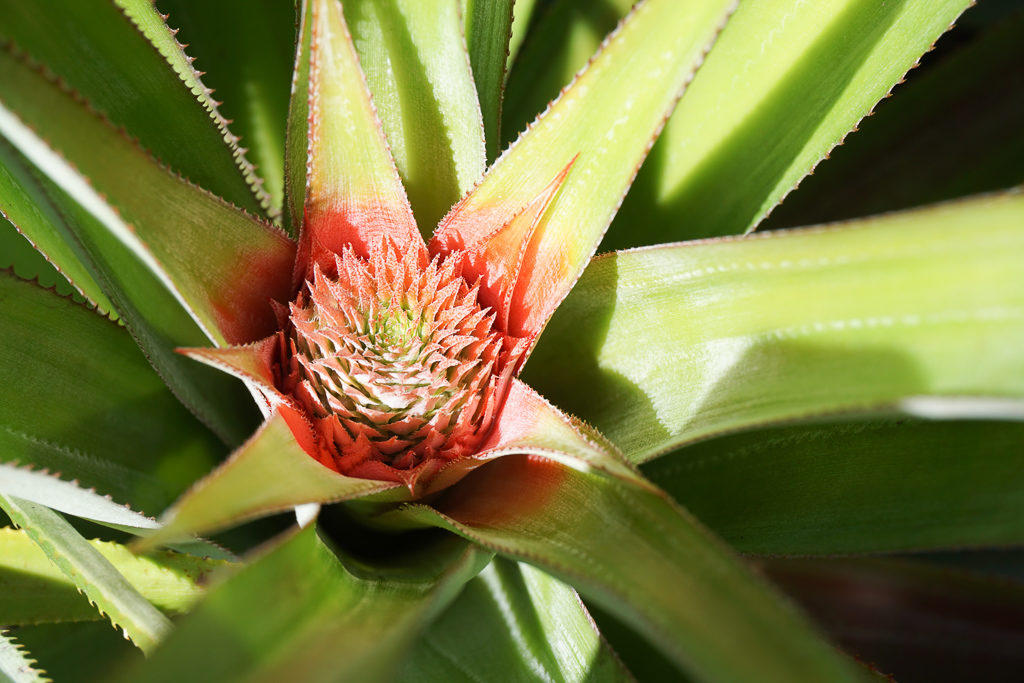 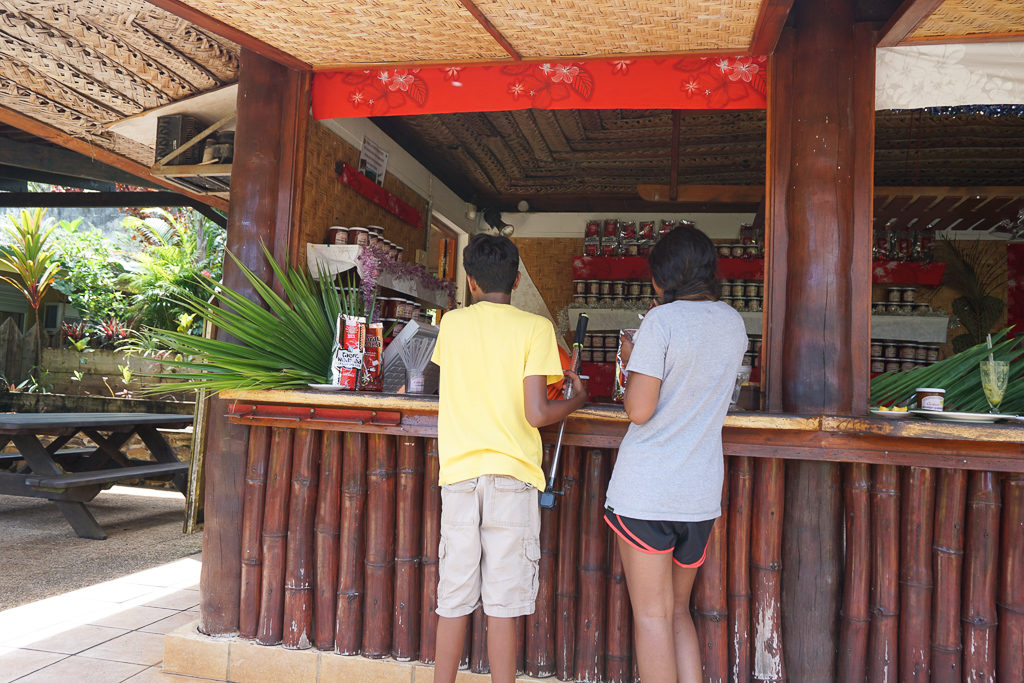 We stopped at the store in the Agricultural school to get some fresh pineapple juice and bought some homemade jams to bring home.  We also saw a few Tahitian Vanilla plants and learn that the Tahitian Vanilla has its root in the Mexican vanilla and taste like licorice.  It takes about 5 years for the plants to produce the vanilla and about 9 months for each of the pods to mature and they have to be manually pollinated. 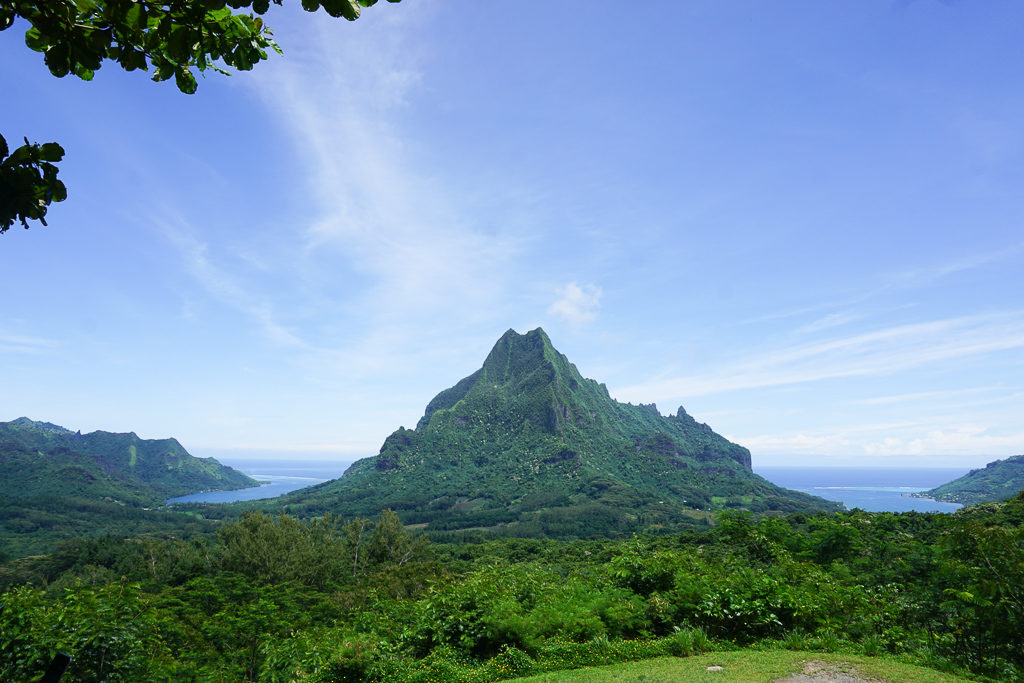 We stopped at the Belvedere Overlook point from where you can see the twin bays of Cook and Opunohu – it was were a very picturesque. Opunohu Bay, Moorea, which is the same bay Captain James Cook anchored in 1777. We loved the fishing outrigger boats docked by the lagoon waters – they are called vaa and used for fishing and sport.  Tahiti is the world champion in outrigger boat races we were told.. 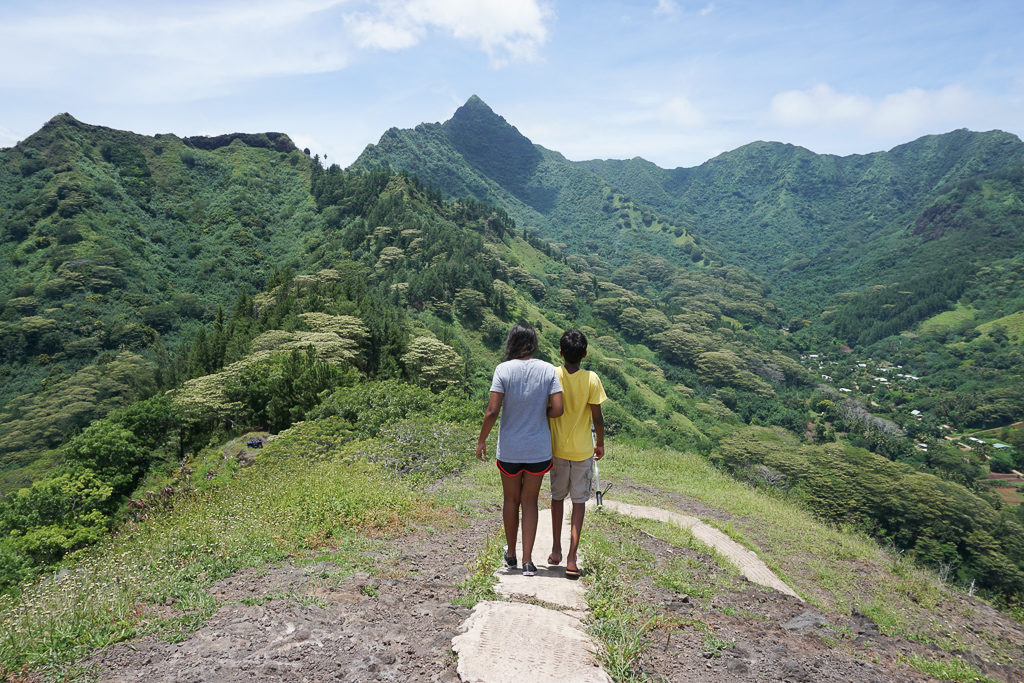 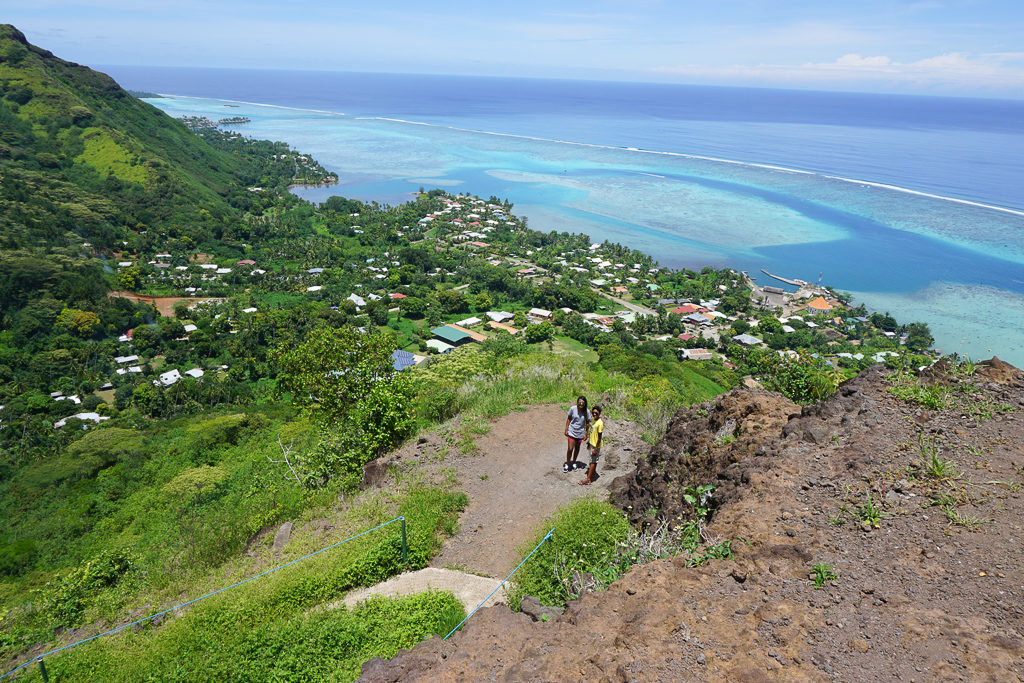 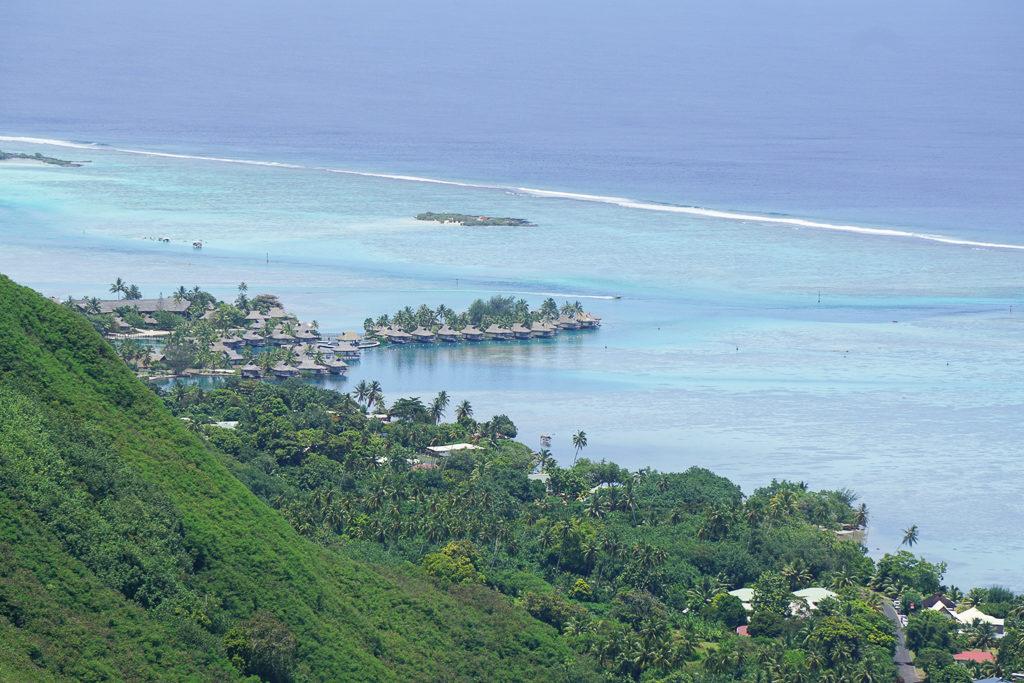 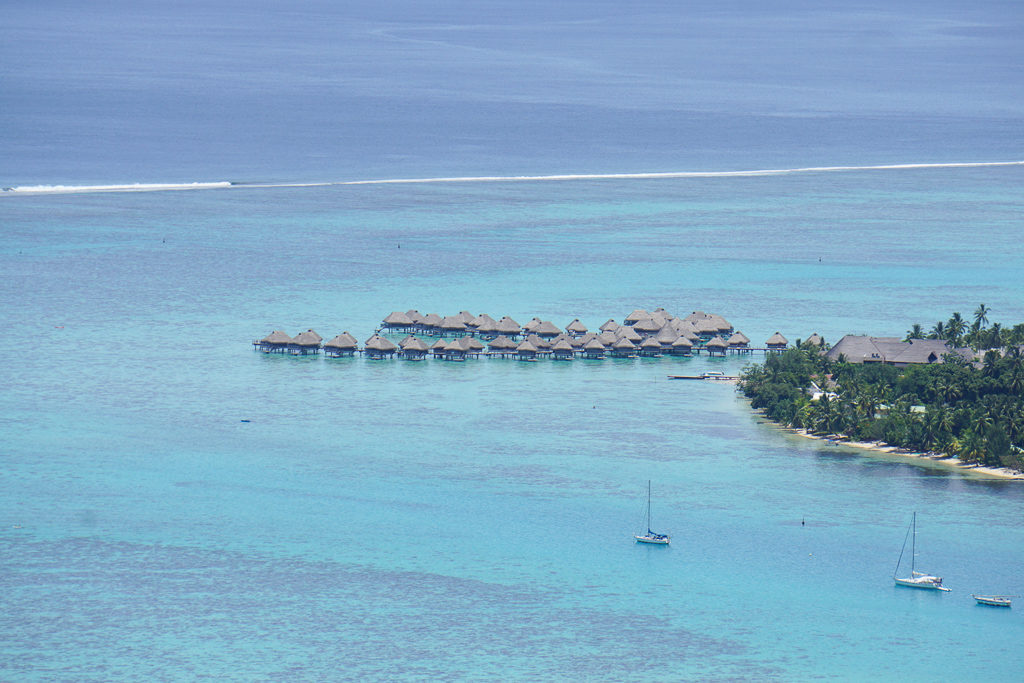 Our final stop on the ATV tour was the bay look out point from where you can see the overwater bungalows of the resorts. 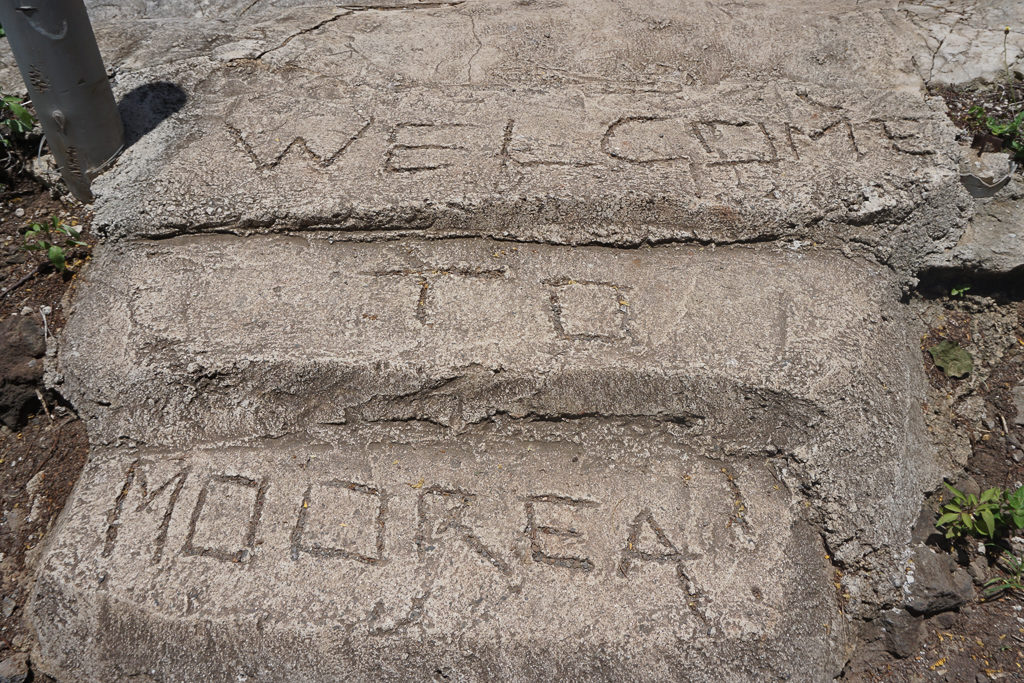 You might also like – Family Guide to Tahiti, Moorea and Bora Bora, a short but sweet Moorea Island Drive and a Day at the Secret & Private Island in Bora Bora. 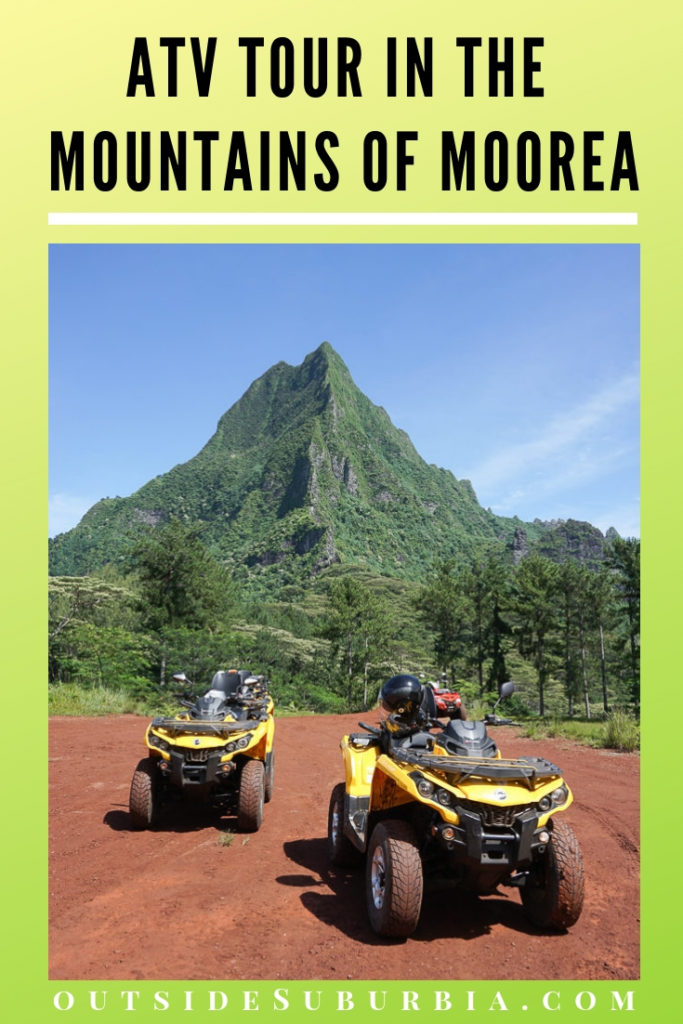