Tower of London, is a historic castle located on the north bank of the River Thames in central London. It lies within the London Borough of Tower Hamlets, separated from the eastern edge of the square mile of the City of London by the open space known as Tower Hill. It was founded towards the end of 1066. The White Tower, which gives the entire castle its name, was built by William the Conqueror in 1078. A grand palace early in its history, it served as a royal residence. As a whole, the Tower is a complex of several buildings set within two concentric rings of defensive walls and a moat.  Among other things it holds the building that houses the crown jewels. 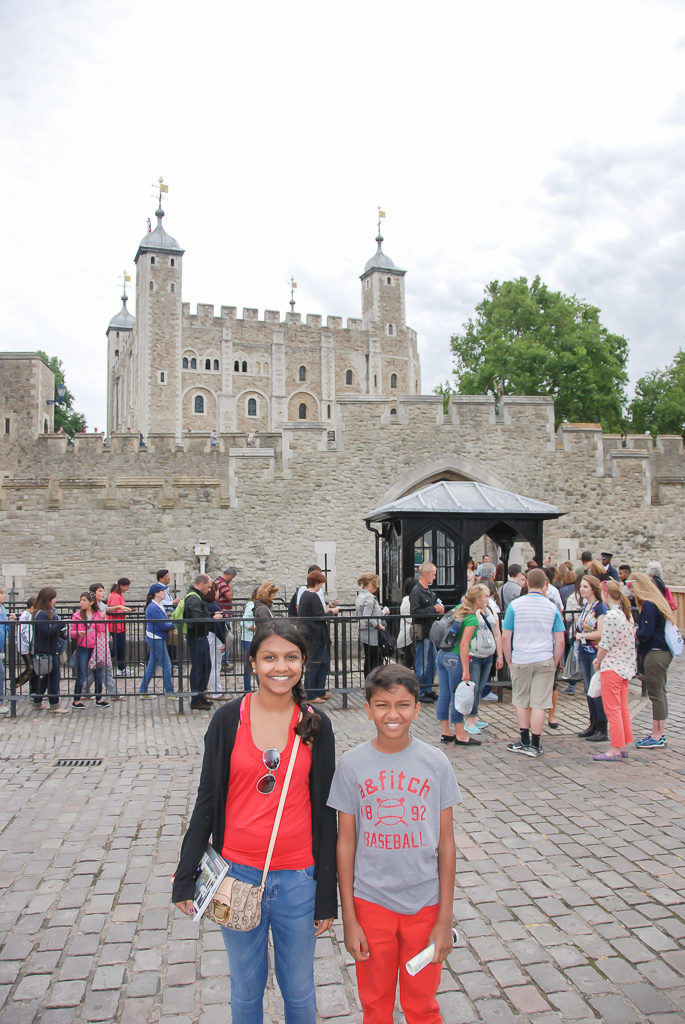 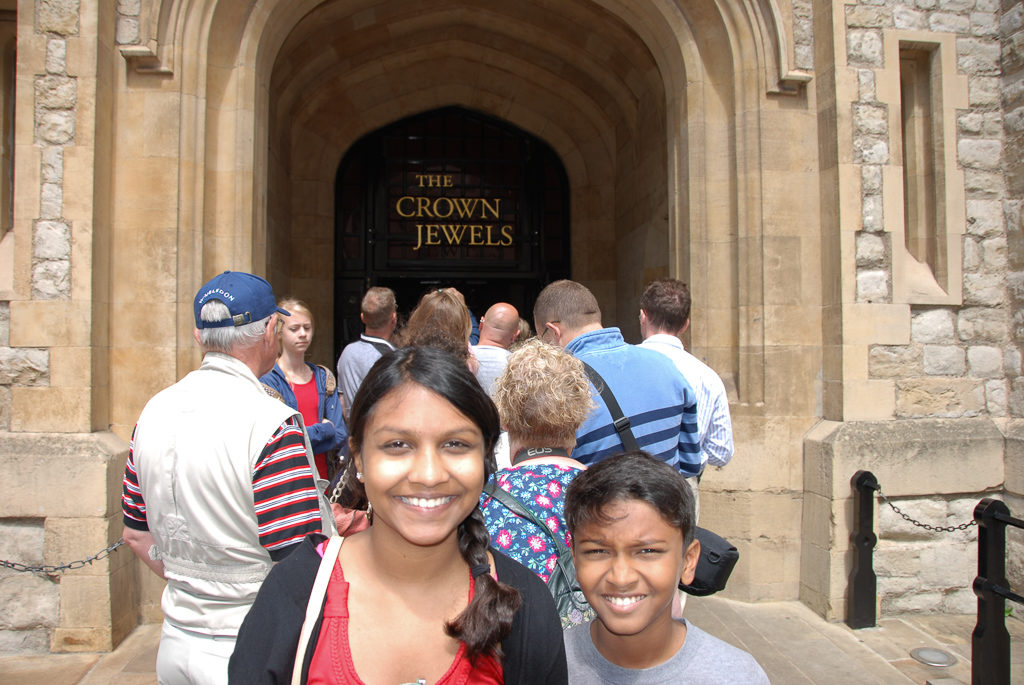 Among other things to see inside the Tower of London is the Crown Jewels. The Jewel House was built specifically to house the royal regalia, including jewels, plate, and symbols of royalty such as the crown, scepter, and sword.  No photos were allowed inside. 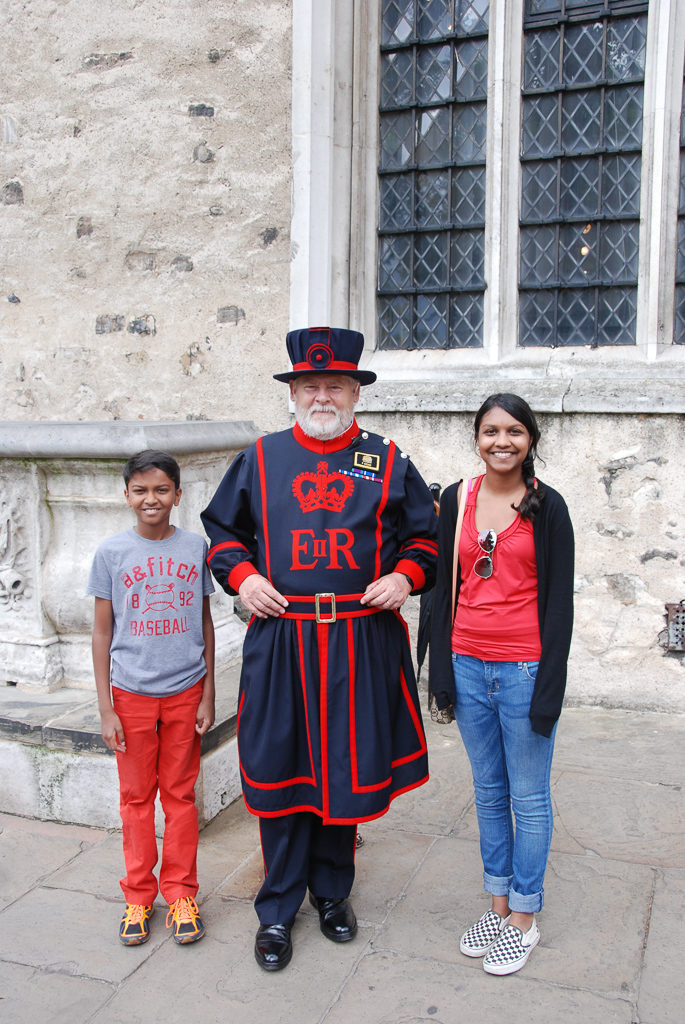 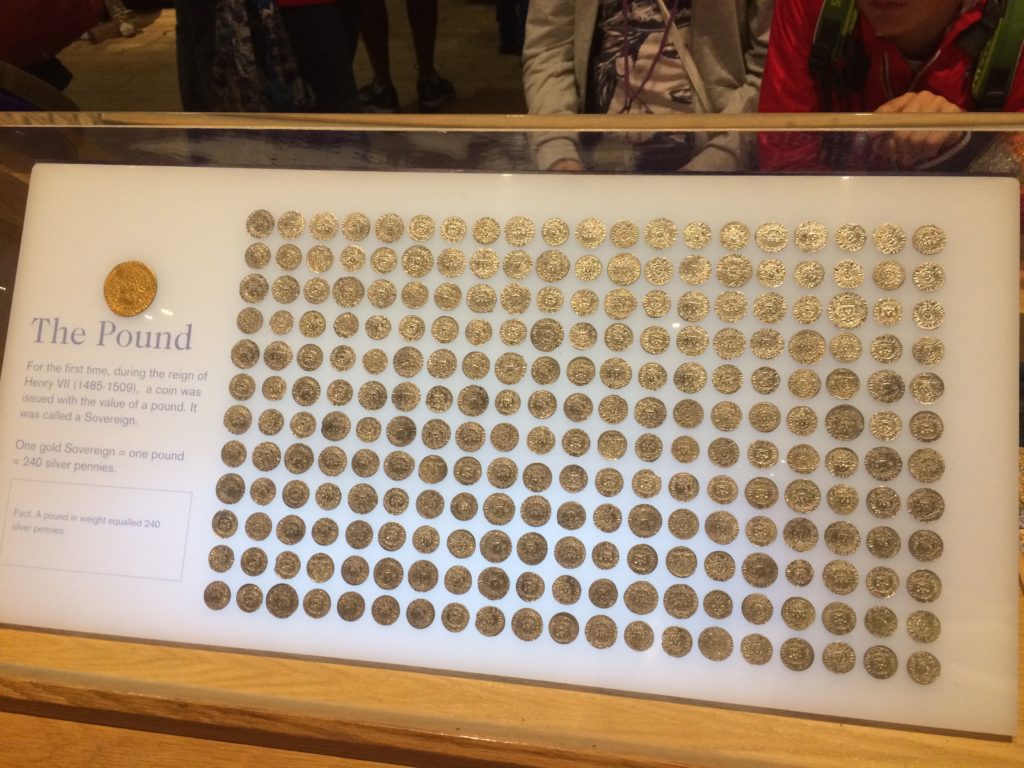 The Crown Jewels, which are part of the Royal Collection, are displayed to millions of visitors every year, guarded by Yeomen Warders (‘Beefeaters’) in the Tower of London. The Jewel House at the Tower has been used for the secure storage of the precious ceremonial objects, commonly known as the ‘Crown Jewels’, since the early 14th century, when Westminster Abbey, where is was store – was found to be unsafe. Although attempts have been made to steal the Crown Jewels from the Tower, notably by Colonel Blood in 1671, none have succeeded. The present display of the Crown Jewels was opened by Her Majesty The Queen in 1994. Photographing the crown jewels were not allowed but we bought a book at the store, so will share some highlights from the book soon.

We have traveled with our kids for over 20+ years and here is our Family Travel Bucket List. It is not always about checking off countries and counting passport stamps, for us when we go Outside END_OF_DOCUMENT_TOKEN_TO_BE_REPLACED