We went on a day trip to Schwyz where we had our first Fondue every. The town of Schwyz is in Schwyz canton in central Switzerland between the Alps in the south, Lake Lucerne to the west and Lake Zurich in the north. It is one of the founding cantons of Switzerland – Switzerland’s Standard German name, die Schweiz, is derived from the name of the canton and the flag of Switzerland from its coat of arms.  So a visit to Switzerland warrants a stop at Schwyz! We stopped at a cheese factory and saw the process of different cheese was made and had fondue at their Restaurant.

Photos from our Trip to Rigi Kulm and Fondue at Schwyz

From there we went to Rigi Kulm, the Queen of mountains is at 1,798 meters above sea level, lies within the canton of Schwyz. The Rigi Kulm and other areas, such as the resort of Rigi Kaltbad, are served by Europe’s oldest mountain railways, the Rigi Railways. The view from Rigi Kulm were breathtaking. We took the gondola on the way down and then took the boat back to Lucern. 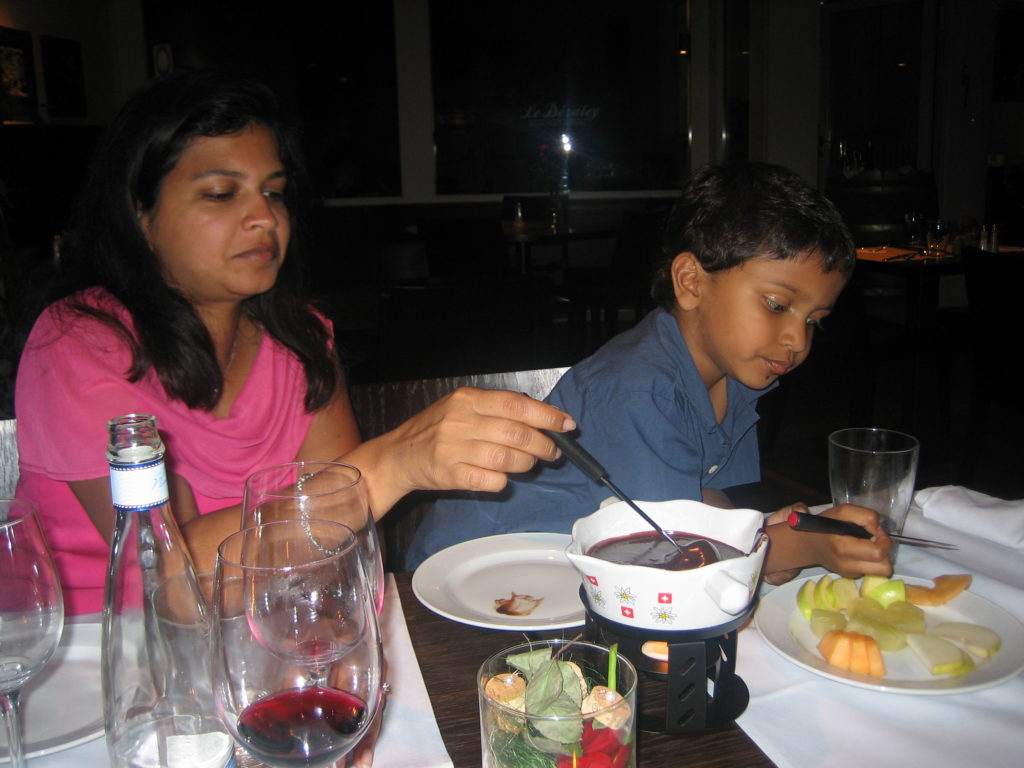 Have you been to visit any Cheese factories? We go quite often to the Cheesecake factory – the Restaurant ( 🙂 I know that doesn’t count! Ha ha!! Kids love cheesecake!! Its become a tradition to celebrate D’s birthday there with a cheesecake…

Hi I'm Priya!  I'm always trying to escape the Suburbs to find cool places, nice hotels, modern art, soft adventures and hot air balloon rides... I strongly believe that you can have authentic and awesome experiences when travelling with kids and don't have END_OF_DOCUMENT_TOKEN_TO_BE_REPLACED