Would you put a padlock on a bridge to convey your love?

Stopping at the Lock bridge for some kisses, wedding picture or just a romantic stroll is on every Francophiles list!  After all it is the most romantic bridges with the Louvre on one side and Institute of France on the other.  Yes it makes for great pictures but putting locks on monuments like the Pont des Arts bridge is causing some serious issues.  Did you know there were about 1 million locks on Pont des Arts bridge in Paris – one of the iconic and beautiful bridges across river Siene before it started collapsing. The authorities have taken them all down and replaced with glass panels instead.  They are requesting tourists and lovers take selfies on the bridge instead of affixing locks to lock in their love.

This romantic phenomenon has started just a few years ago, around 2008.  It is now become a trend for tourists to put love locks on bridges around the world and have started doing this in other places like Venice and Florence.. and Germany,  and you probably have seen images of it in social media.  We stopped at the new Lock bridge – Pont de l’Archevêché near Notre Dame when we were in Paris, since it was top on our teenagers’ things to see.  We walked over to the bridge after a visit to the Notre Dame Cathedral, to look at the padlocks and No we did not put a lock on it.  The locks on the bridge were colorful, creative and cute, but at what cost?  Parisians see the locks as a tourist gimmick that damages the legacy of the city’s architectural history.  You don’t want to tarnish a national monument to show your love or make a touristic bucketlist stop just to say been there done that! 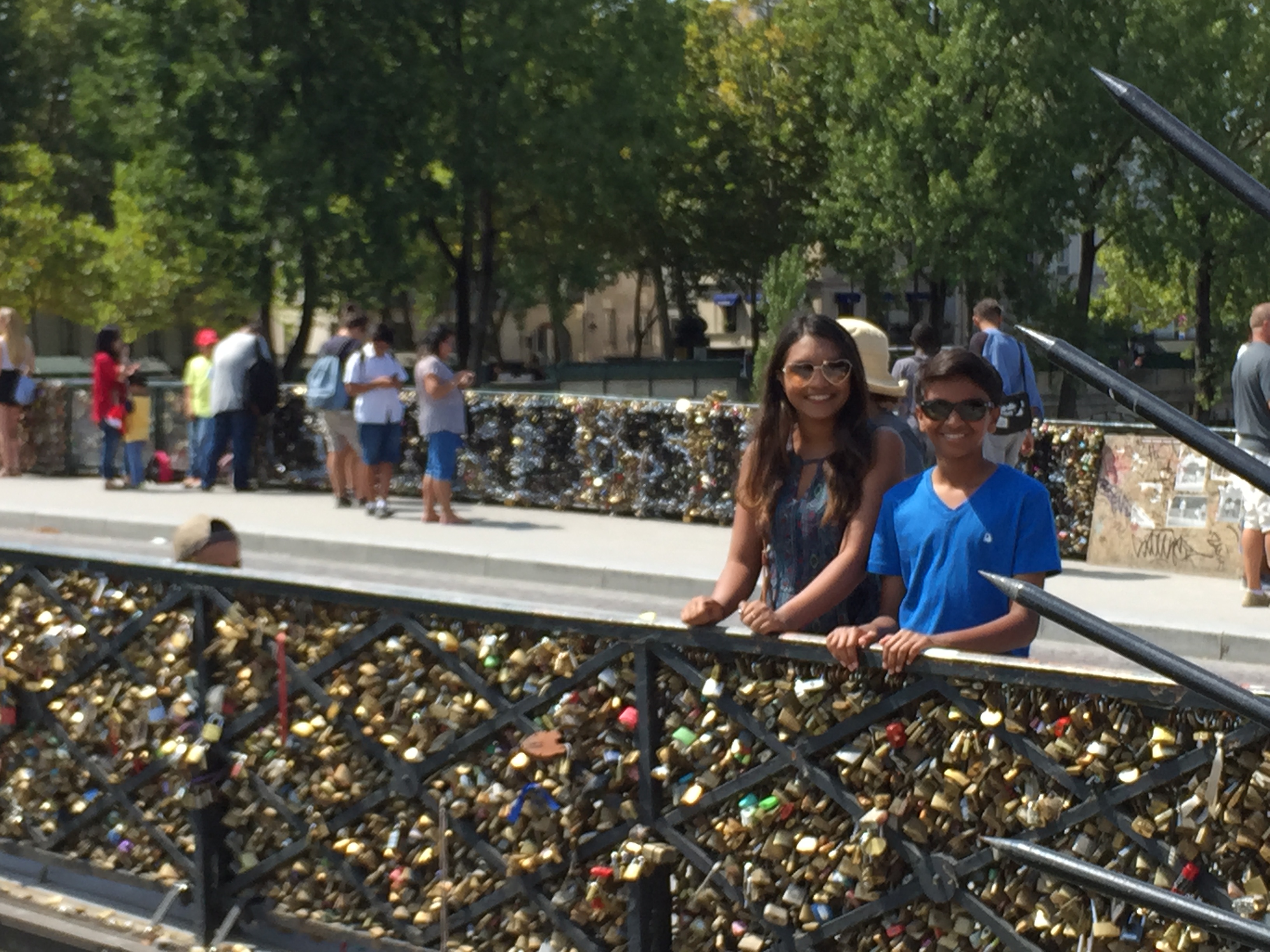 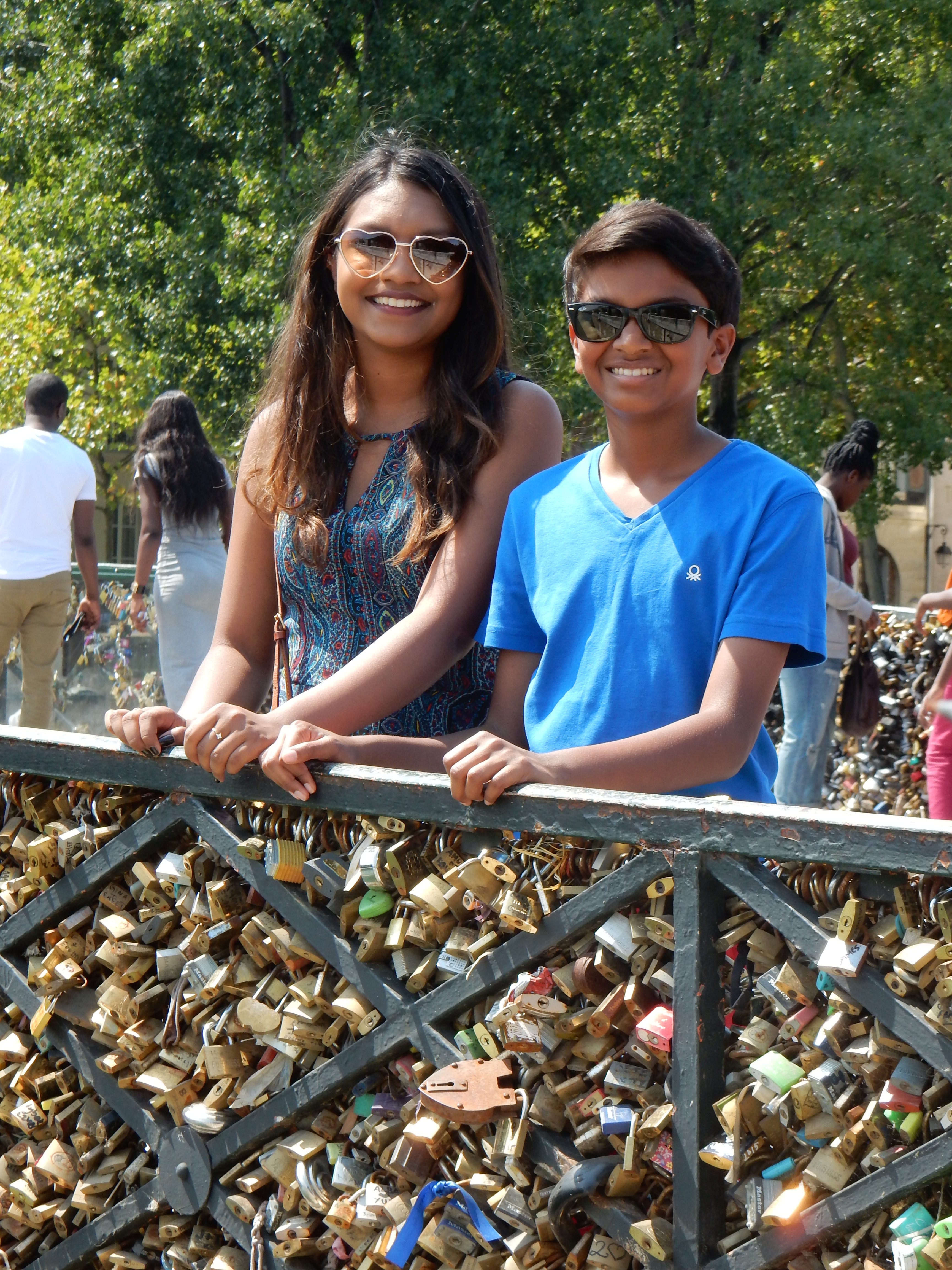 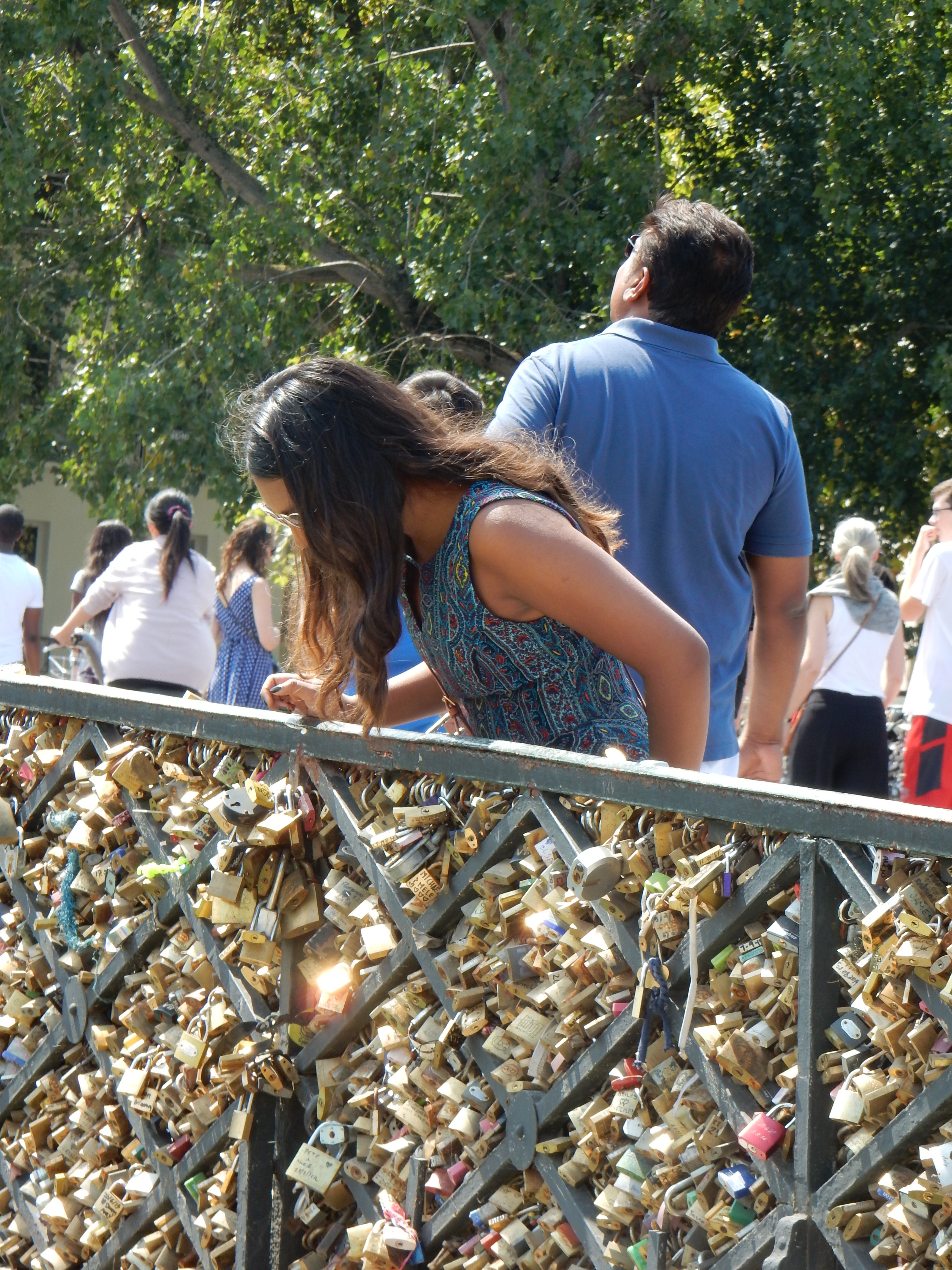 We saw locks hanging from everywhere, lampposts, railings even some tree branches. The authorities come around and keep removing them we were told. 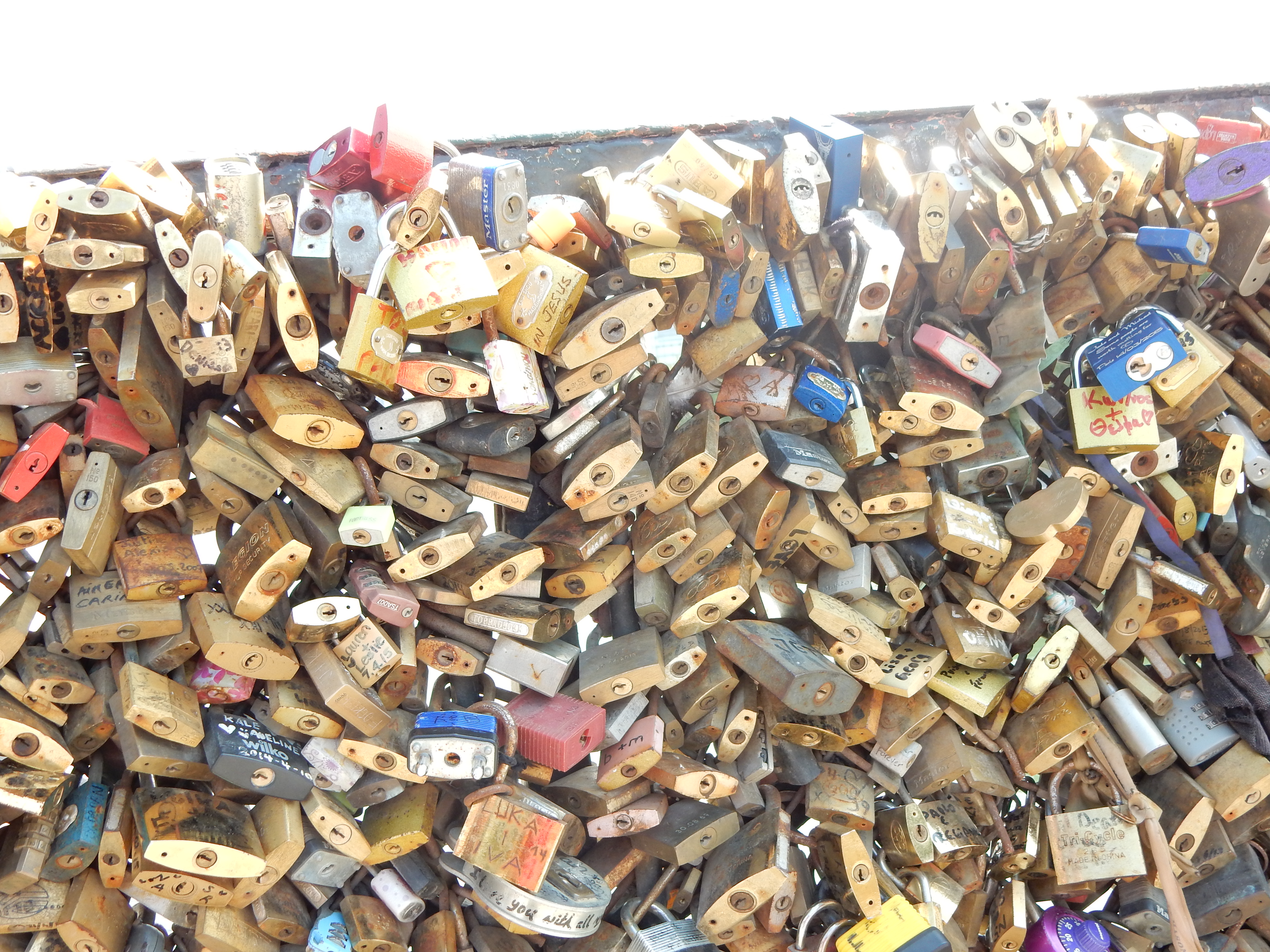 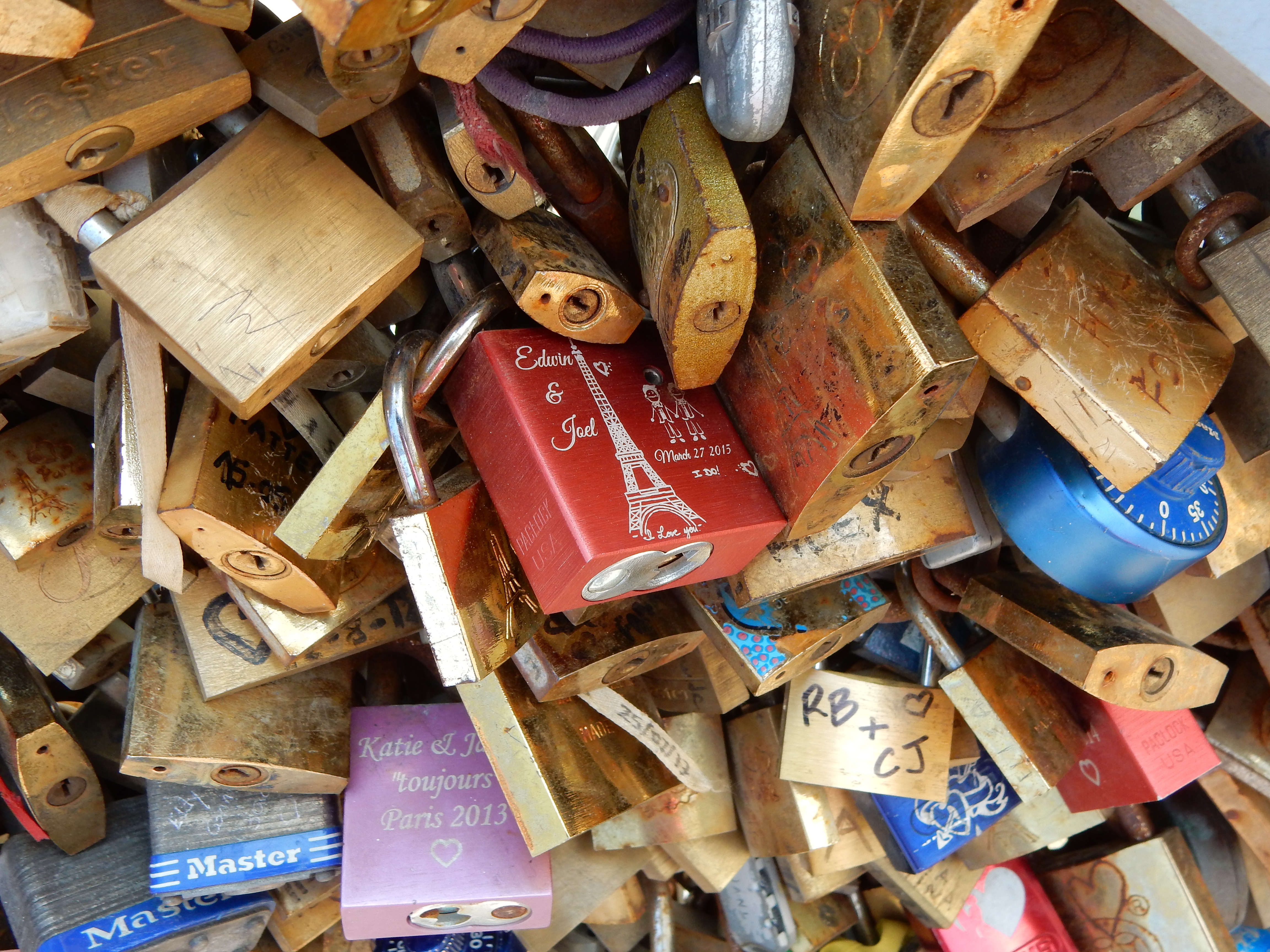 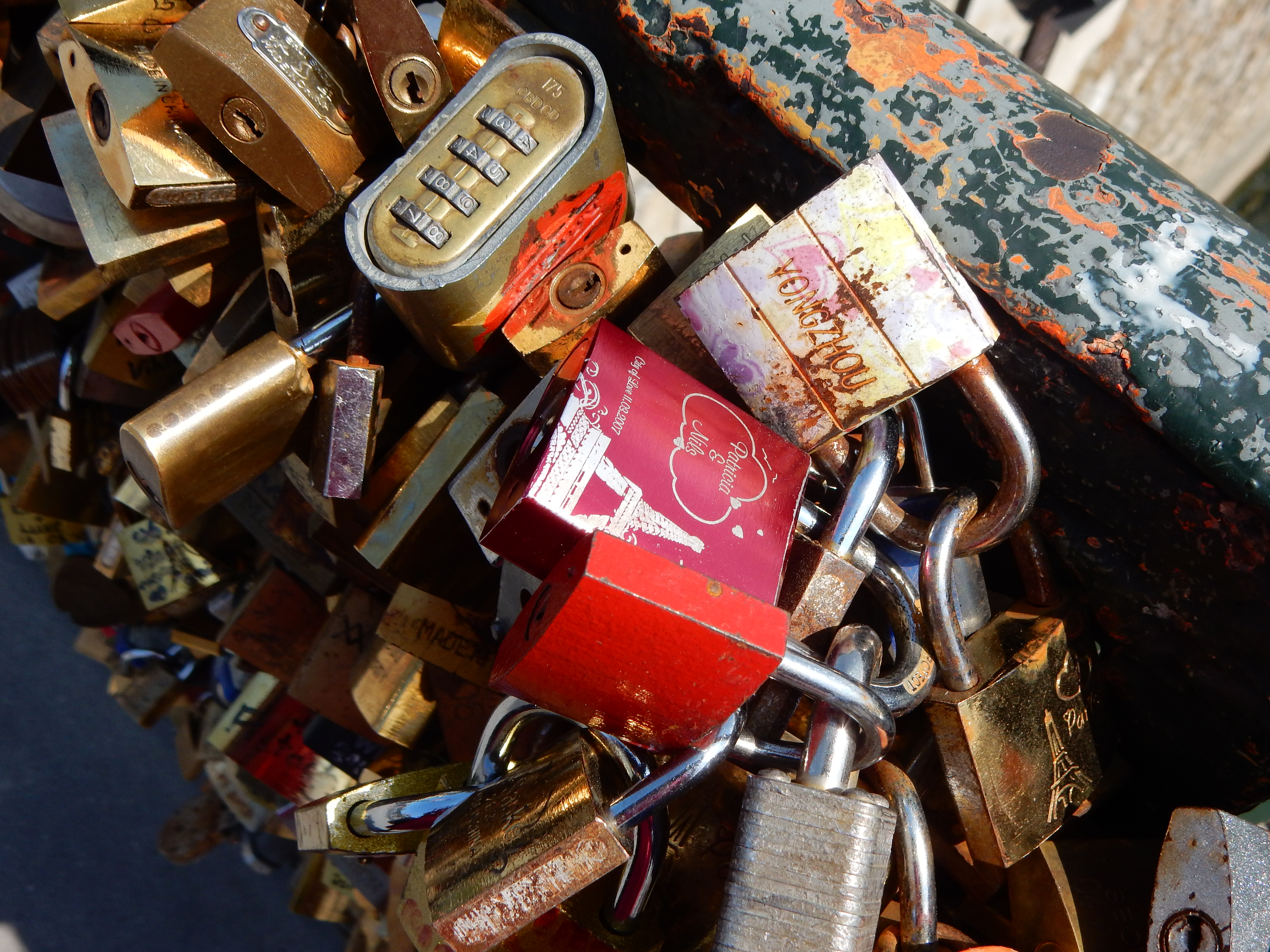 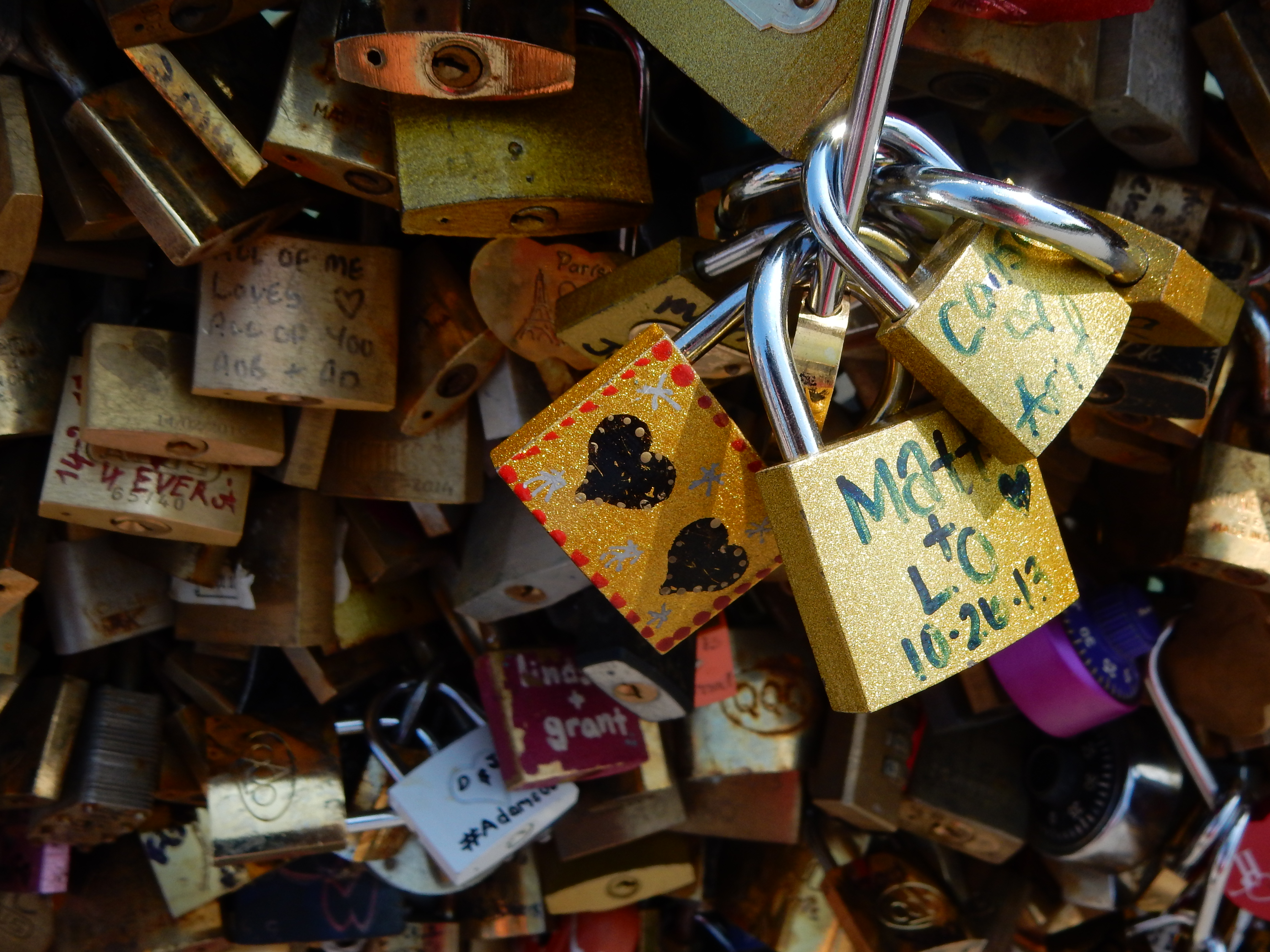 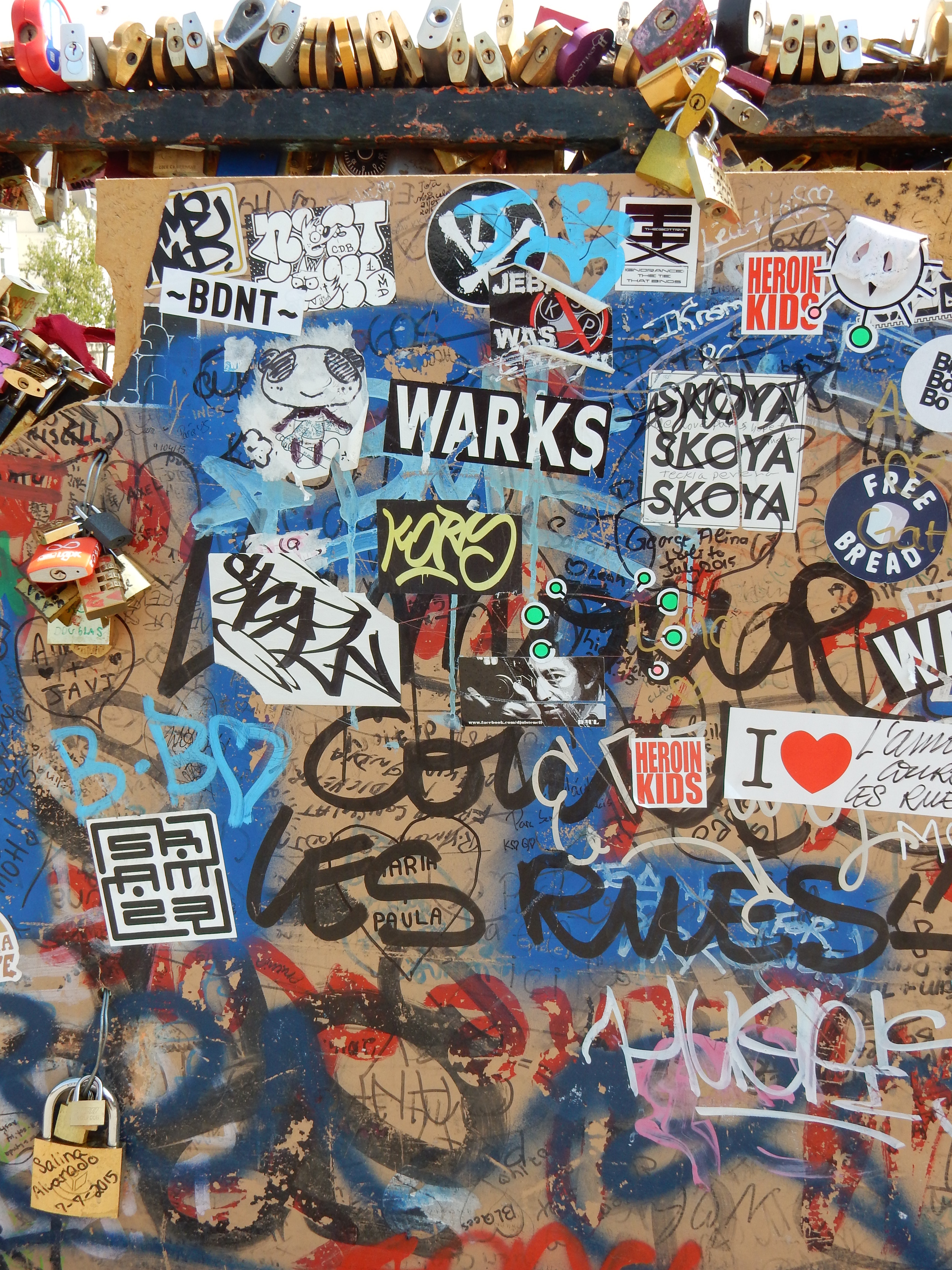 Not just padlocks on the bridges, there are graffiti and chains along with the padlocks. 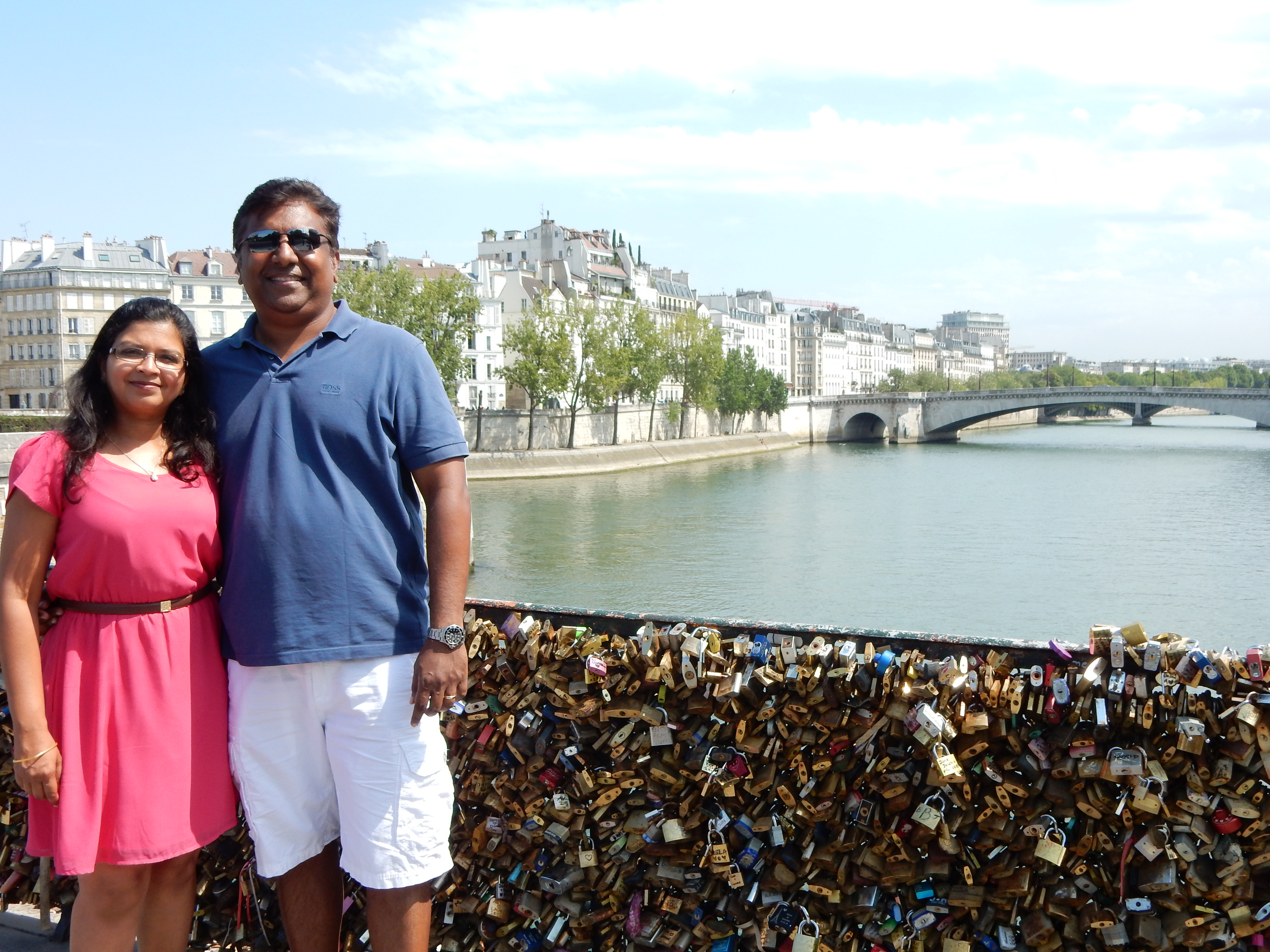 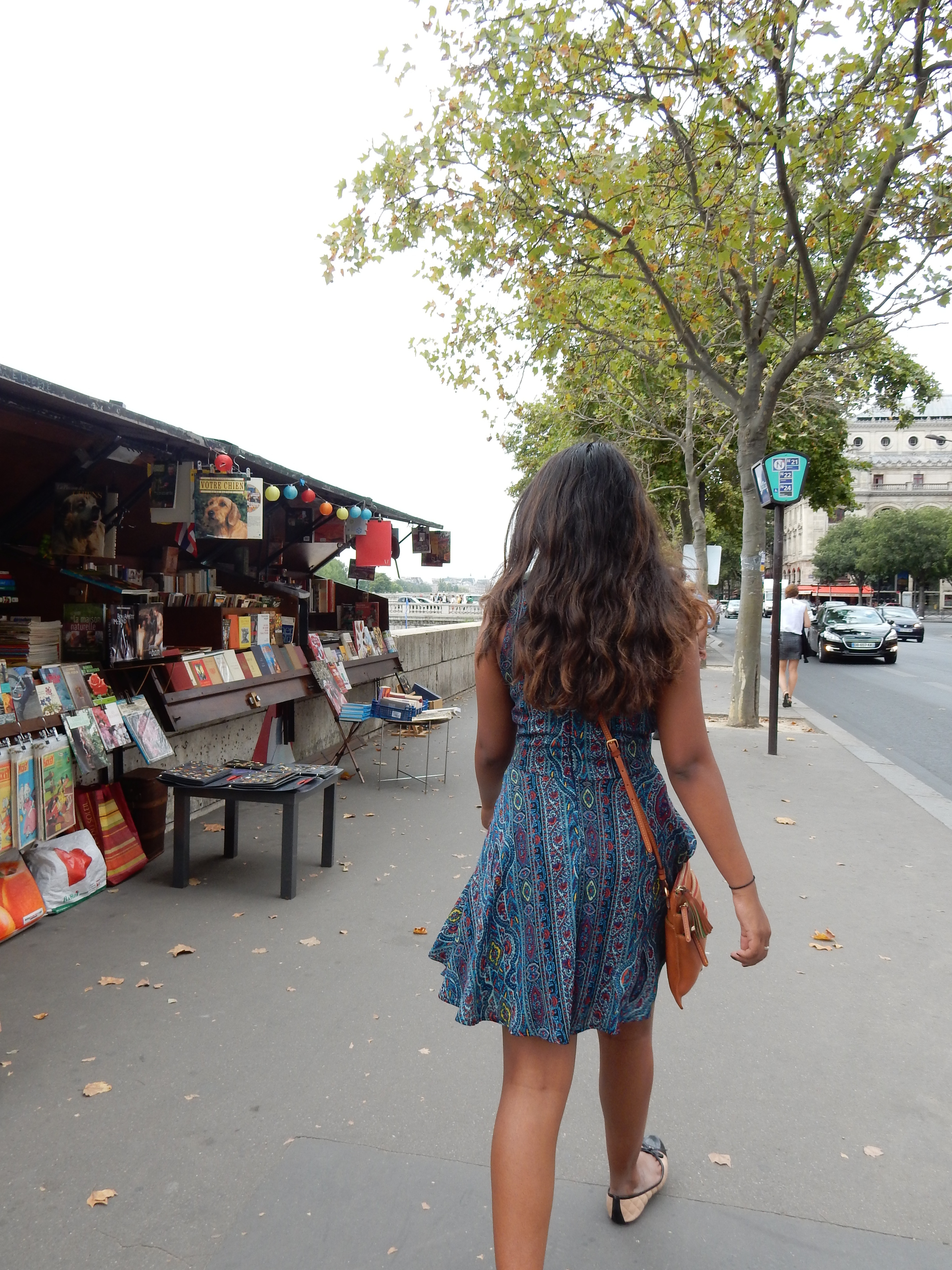 We chose to walk away from the bridge with just pictures and memories.  Remembering the old scouting adage – Travel lightly, making only memories and leaving only footprint!

What are your thoughts on putting padlocks on bridges that are national monuments?  Would you put padlock on a bridge to convey your love?

We have traveled with our kids for over 20+ years and here is our Family Travel Bucket List. It is not always about checking off countries and counting passport stamps, for us when we go Outside END_OF_DOCUMENT_TOKEN_TO_BE_REPLACED