Denver offers a wide array of attractions from interactive museums, incredible zoos and one of our son’s favorite Baseball field. We were on a trip to spend a few days in the Colorado Rocky Mountains in Vail but were glad we planned for a weekend in Denver, the Mile High city – since there were lots of fun things to do in Denver.  There are green spaces and vintage ice cream shops to keep the little ones entertained while there are plenty of things to do with teenagers in Denver as well – mine loved the many art museums and districts, spending time at book stores and enjoyed shopping at the historic Larimer Square.  You can even visit the Denver Mint to see the coin-making process in action and learn the history of U.S. money.

Ideas and things to do in Denver with kids 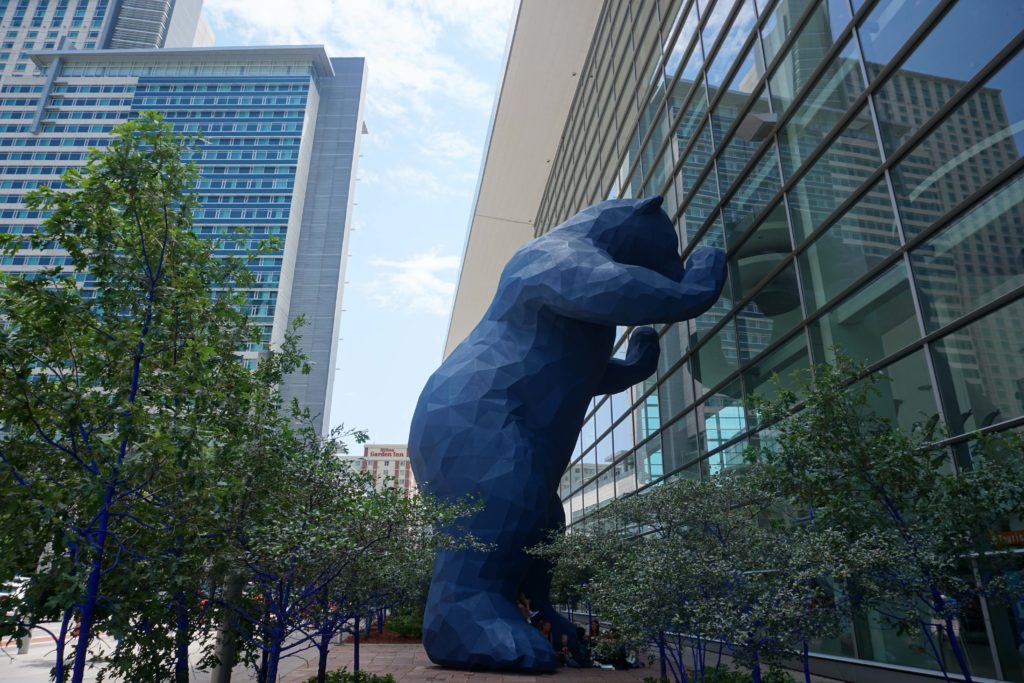 We chose to stay in the heart of the city, since we were there only for the weekend.  Still we found a lot of green spaces – first was a short drive away – City Park is expansive green-way boasting tennis courts, picnicking areas, playgrounds, lakes for paddling and also hosts summer concerts. At the eastern edge of the park sits the Denver Zoo, where education comes alive. More than 4,300 animals are housed at Denver’s most popular attraction. You can see peacocks dance, elephants swim, orangutans swing and see lions up close. Denver Zoo was the first zoo in the United States to use naturalistic zoo enclosures rather than cages with bars and they are active in conservation and research since its founding in 1896.

Just adjacent to the zoo is the Denver Museum of Nature & Science, a spectacular museum that explores fossils and dinosaurs, the mysteries of space at Gates Planetarium, Egyptian mummies, larger-than life films at the Phipps IMAX 3D Theater, and a slew of interactive exhibits. The Discovery Zone has dozens of hands-on activities for kids of all ages, from archaeological sand pits to moving water features.  We were lucky to catch the Viking exhibit while we were there. 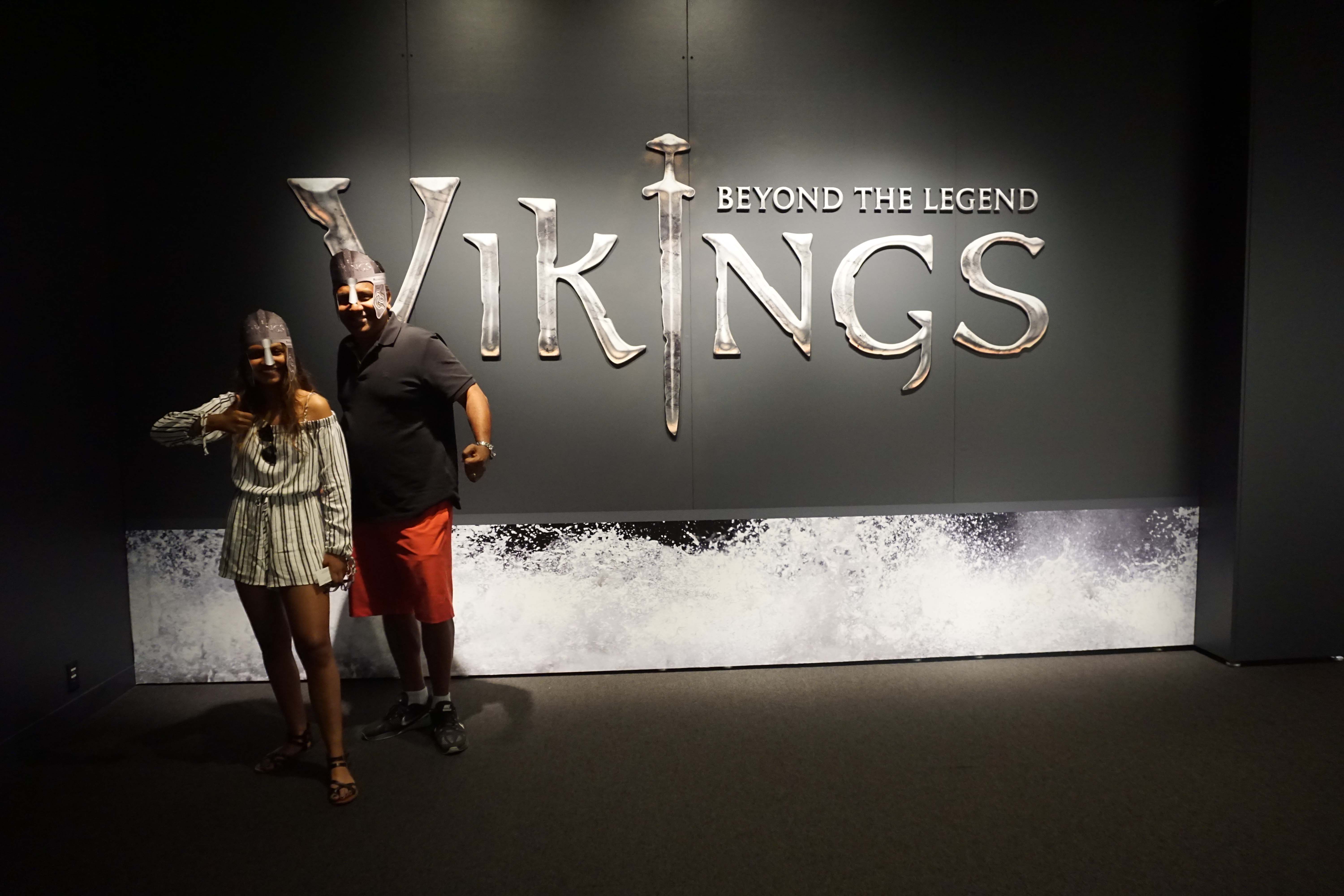 Just eight blocks from Four Seasons Hotel Denver, was Union Station, often named one of the most beautiful train stations in the nation. At this renowned historic landmark, guests can dine at an eclectic array of the city’s top restaurants and bars. At 100-years-old, Union Station is quintessentially timeless. 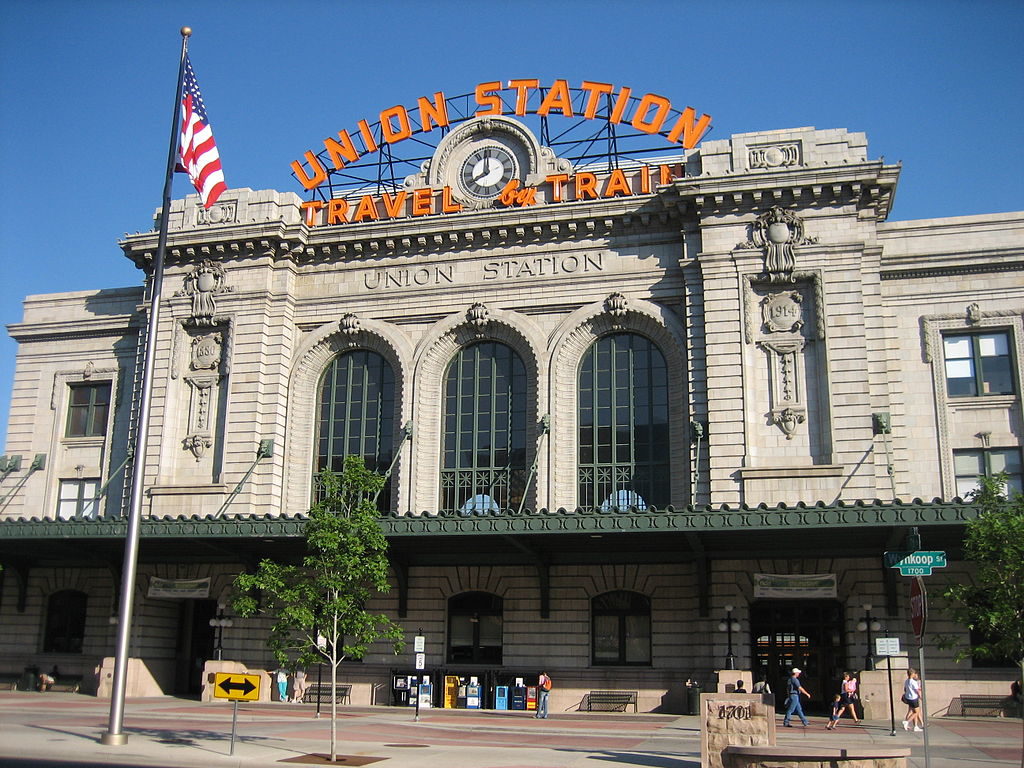 Celebrated as one of the premier independent bookstores in the nation, the Tattered Cover Book Store has three locations, one of which sits just outside Union Station. For more than four decades, the Tattered Cover has been a regular stop for locals and celebrities alike. The shelves are filled with books on Pikes Peak, Garden of the Gods, and a host of other local topics and history and there is a vast children’s section.  Needless to say Miss Teen – our book lover spent hours here.

Larimer Street located between 14th and 15th Streets was a three-minute walk from our Hotel and is Denver’s oldest and most historic block, its first protected historic district. You will find exclusive labels for women and men, handcrafted items including jewelry, shoes and boots, home decor & art when walking down the cobblestone streets lined with gas-lit lamps. Larimer Square once held the city’s first post office, bank and dry-goods store. Today it still retains all the historic façades and houses a mix of chef-driven restaurants, lively bars and some of the city’s best boutiques. Grab some deli sandwich, house-made baked goodies and coffee bar at The Market, have some bubbles at Corridor  44 – Denver’s only champagne bar & restaurants or try one of the many restaurants in the square. 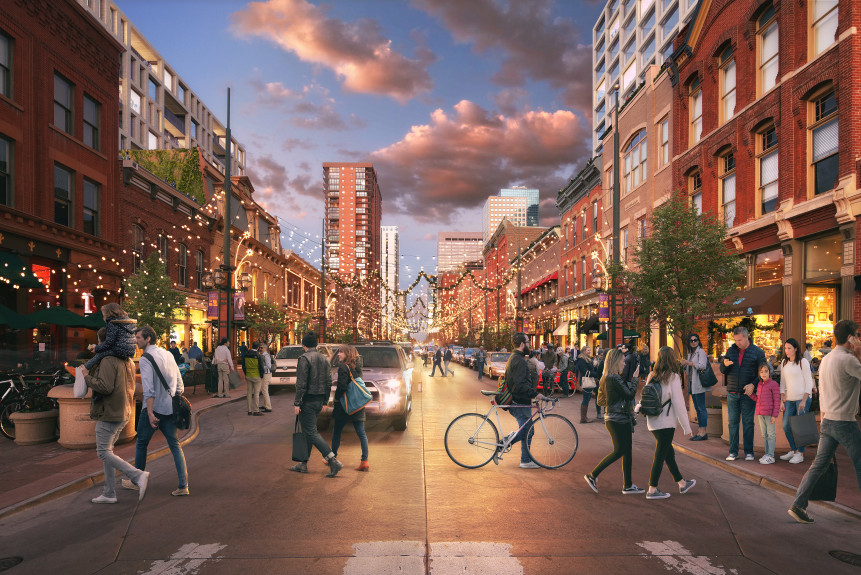 With 70,000 objects in its collection, the Denver Art Museum is a world-class institution that houses an interesting cultural collection from around the world and a variety of contemporary exhibits in its Daniel-Libeskind-designed Hamilton building.

Another great downtown site, especially for art lovers, is the Clyfford Still Museum.  A postwar contemporary of de Kooning, Pollock and Rothko, Still was a first-generation Abstract Expressionist whose career spanned 60 years until his death in 1980. Several cities competed vigorously for the prestige of housing this avant-garde collection, but Denver won. His will mandated that all his works be exhibited in one collection, and now they all are in an ultra-modern building. 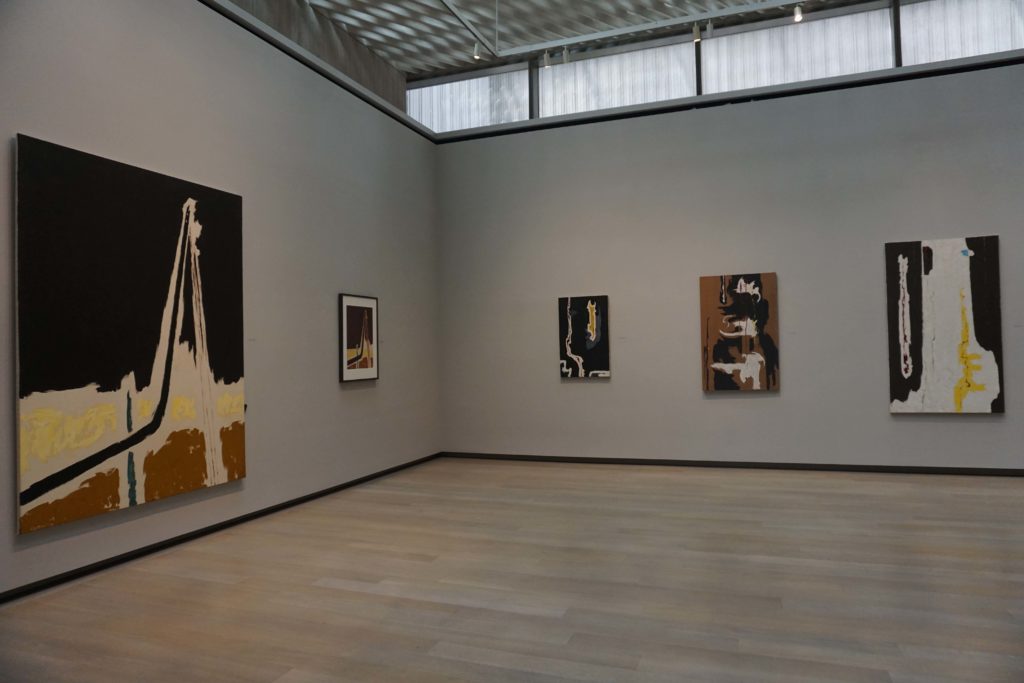 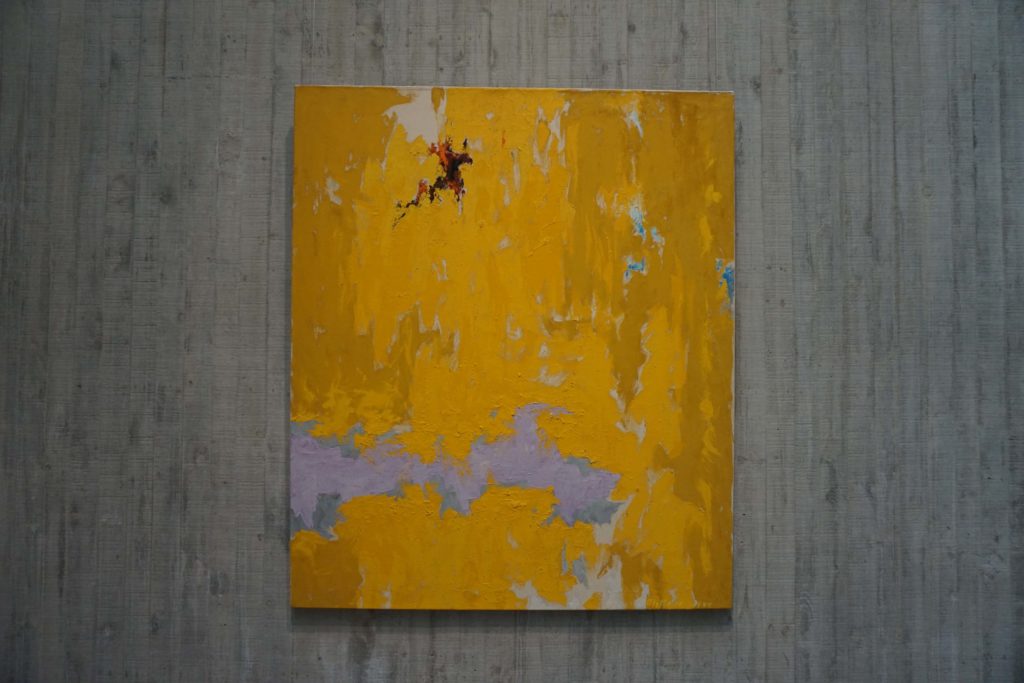 More than 70 establishments populate this very walkable area just south of downtown Denver. While the First Friday Art Walk is the biggest draw for visitors to Denver, the district’s galleries, restaurants, and retail shops are open all week. The greatest concentration of shops, galleries, and restaurants is in an eight-block area between 4th and 12th along Santa Fe Drive. In addition to shopping, various classes are offered and there are two theaters and a museum, too. All of the galleries and shops in the Art District are independently owned and roughly 90 percent of the artwork and merchandise is made in Colorado.

All the seats at Coors Field, home of Major League Baseball’s Colorado Rockies are dark blue except for one purple row in the upper deck – which is exactly one mile about the sea level.  I had to ask an old time fan in the park!  Because of the high altitude, the air is thin and pitchers don’t get as much movement and fly balls supposedly travel further – noted my baseball fan, ready with his glove as always.  The Rockies store their baseballs in a humidor to keep them from drying out.  This is one of the nation’s most fan-friendly stadiums, it hosts games from spring to fall. 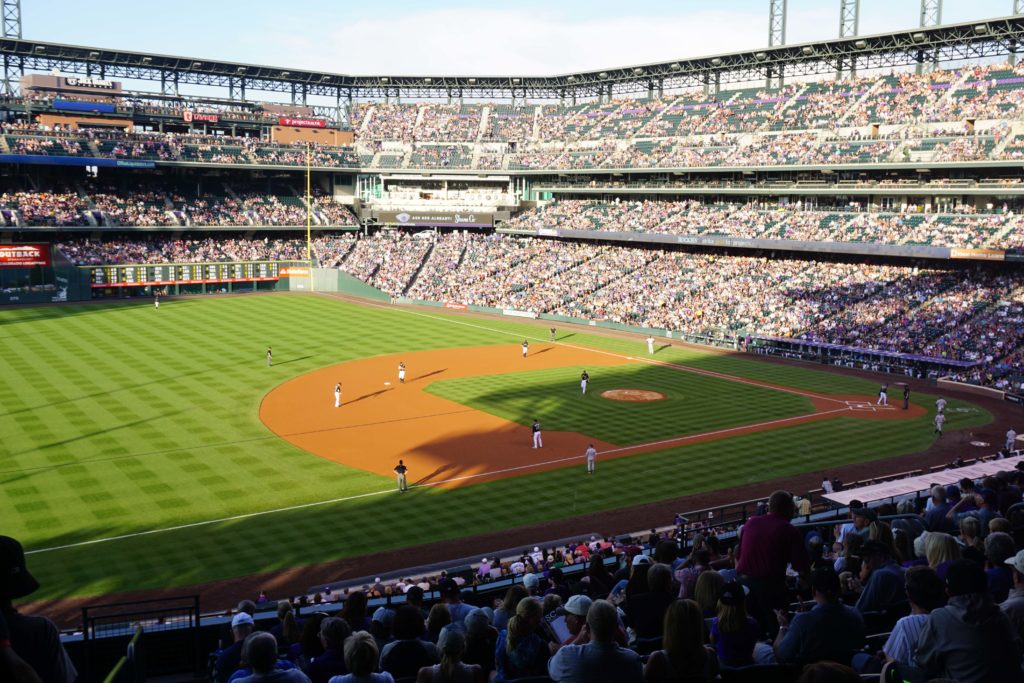 The neighborhood is also home to stadiums for the NFL’s Denver Broncos (played fall and winter), the NHL’s Colorado Avalanche (played fall to spring) and the NBA’s Denver Nuggets (played winter and spring. 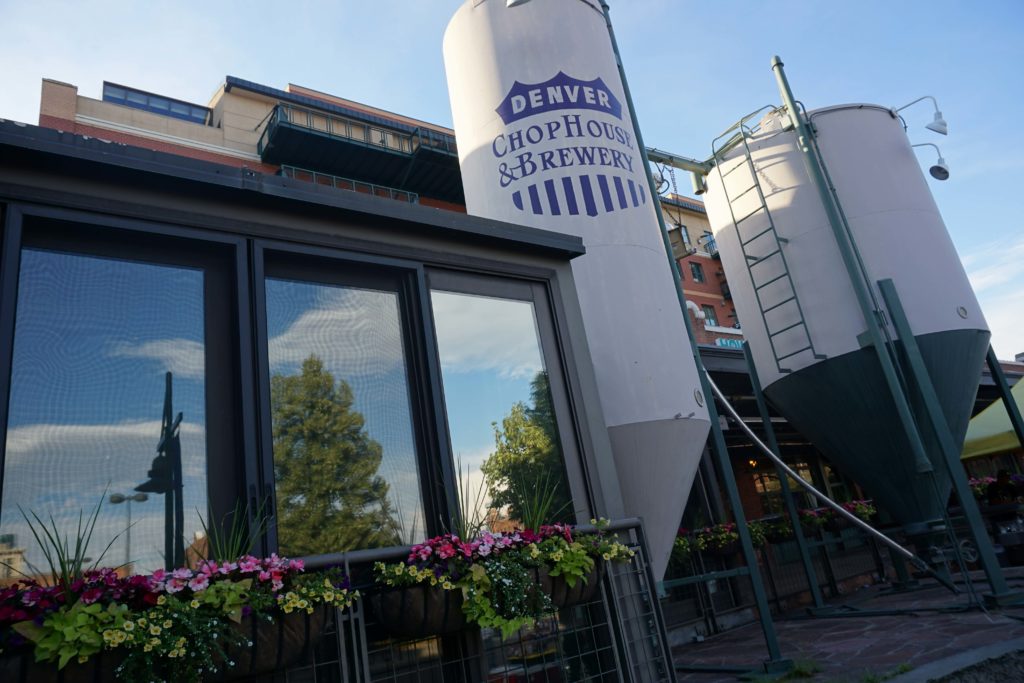 Best Brewery and Chophouse in Denver, perfect for a meal before the Rockies game

Red Rocks Amphitheatre is a geologically formed, world-famous outdoor performance venue recognized for epic views, as well as hiking and biking trails. More than that, its monolithic red sandstone formations provide ideal acoustics for its star-studded list of performers. If can do only one day trip – I say pick this one, you can get there in 30 minutes and will be rewarded with epic views. Other than concerts, they also host yoga sessions and workouts.  You can do this as half day tour to combining a visit to the foothills outside of Denver and enjoy exploring the majesty of Red Rocks Park and Amphitheater and the geological wonders of the area. Adults can sample beer while touring the Coors Brewery.

Where to Stay in Denver

In the heart of Denver’s Theatre District, the Four Seasons Hotel Denver was perfect for our weekend in the city and a great way to explore what the beautiful state has to offer.  Give yourself some time to adjust to being at 5280 feet or rather 1.6 km above sea level. We loved the location, where we could walk just blocks to most attractions.  We had breakfast at EDGE, the signature restaurant of Four Seasons Hotel Denver, with its extensive wine selection and a menu highlighting Colorado sourced ingredients it is a popular place for locals and out of towners alike.  It was pretty busy when we stopped by for dinner, so we opted to order in some room service – consistent with other Four Seasons properties – dining in as good as eating at one of their restaurants. 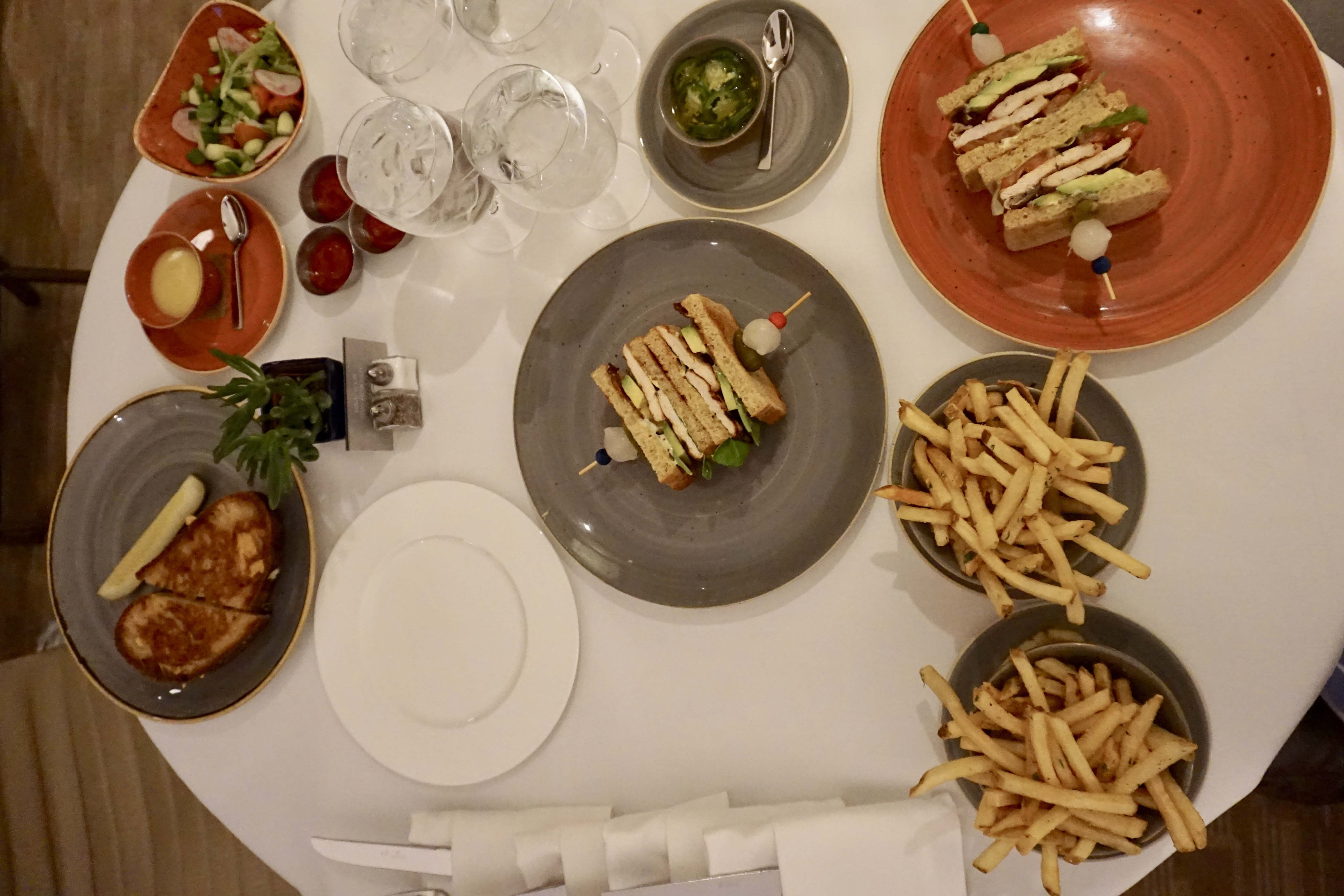 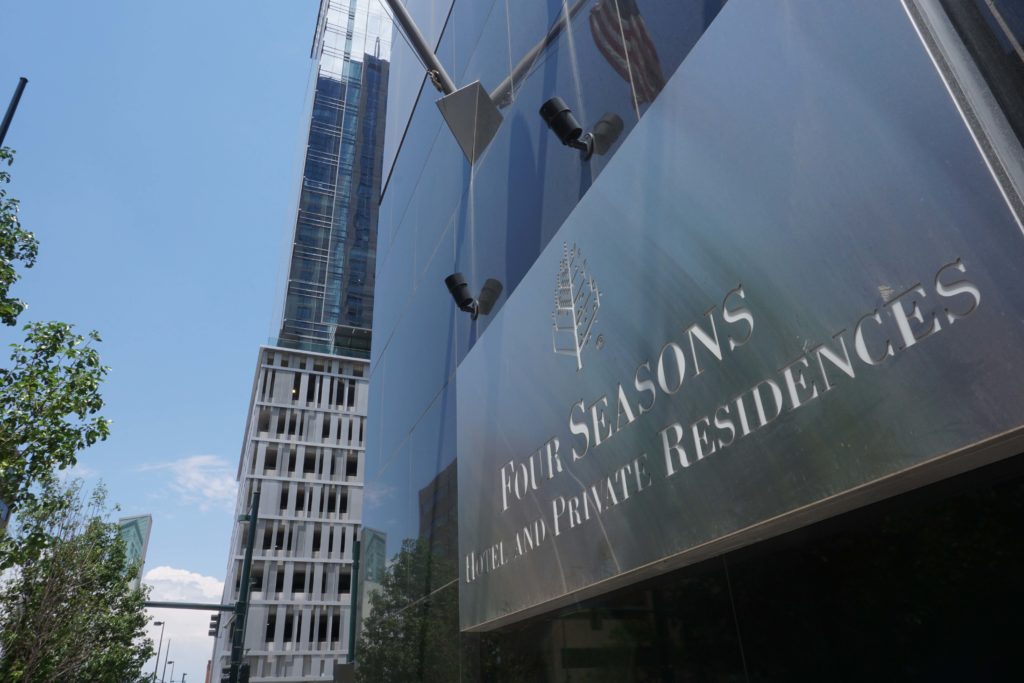 See here for other family-friendly hotels in Denver and read their reviews.

From small plates to farm-to-table to deep dish pizza’s and ice cream at the – vintage milkcan shaped ice cream shop, there are many dishes to sample and iconic restaurants to try throughout the city, we didn’t get to even scratch the surface – see here for more about the food scene in Denver. You will be surprised to find that even though Denver sits at an elevation of one mile above sea level, it is surprisingly sunny even in the winter and gets approximately 300 days of sun per year – but we think it looks best in summer. There is plenty to do in the Mile High City and it is more than just a gateway to Rocky Mountain getaways – so plan for a few days in Denver when you are headed to Colorado Rocky mountains next time.

You might also like: – Best Hikes in Maroon Bells, Summer activities in Vail and other Colorado Getaways 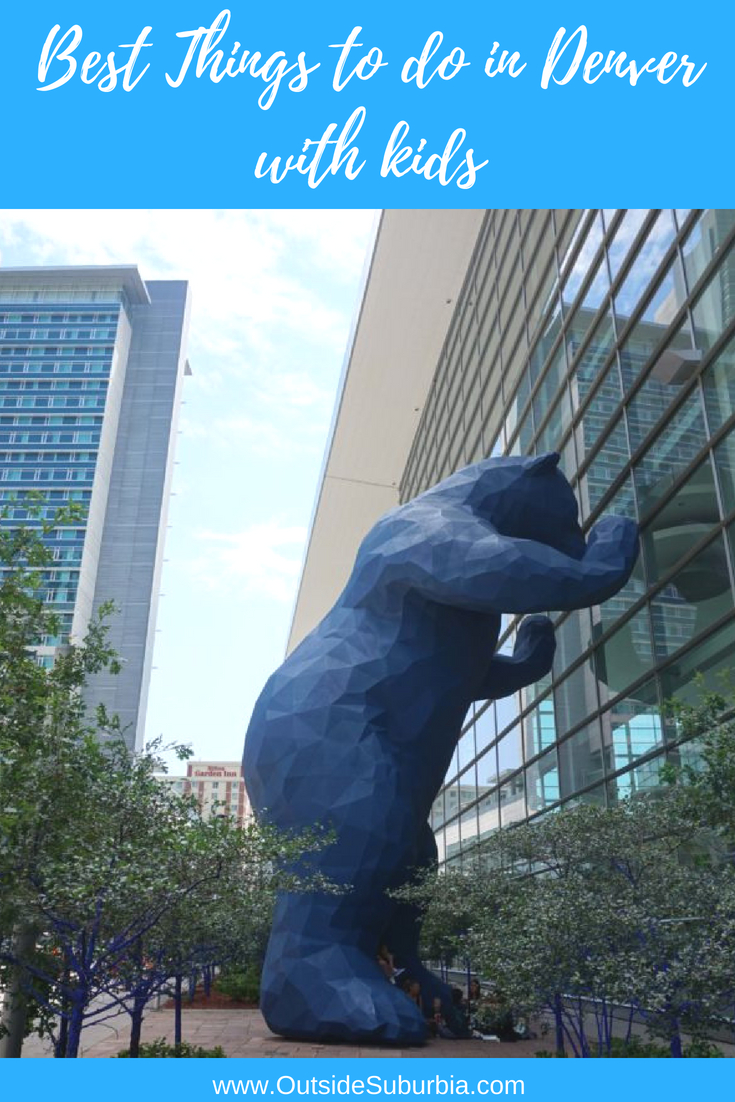 Thanks to Visit Denver for our passes and tickets to the Colorado Rockies baseball game and Four Seasons Denver for the media rate. But as always images and opinions are our own. For more information on our affiliates and privacy policy at Outside Suburbia see here.

Hi I'm Priya!  I'm always trying to escape the Suburbs to find cool places, nice hotels, modern art, soft adventures and hot air balloon rides... I strongly believe that you can have authentic and awesome experiences when travelling with kids and don't have END_OF_DOCUMENT_TOKEN_TO_BE_REPLACED